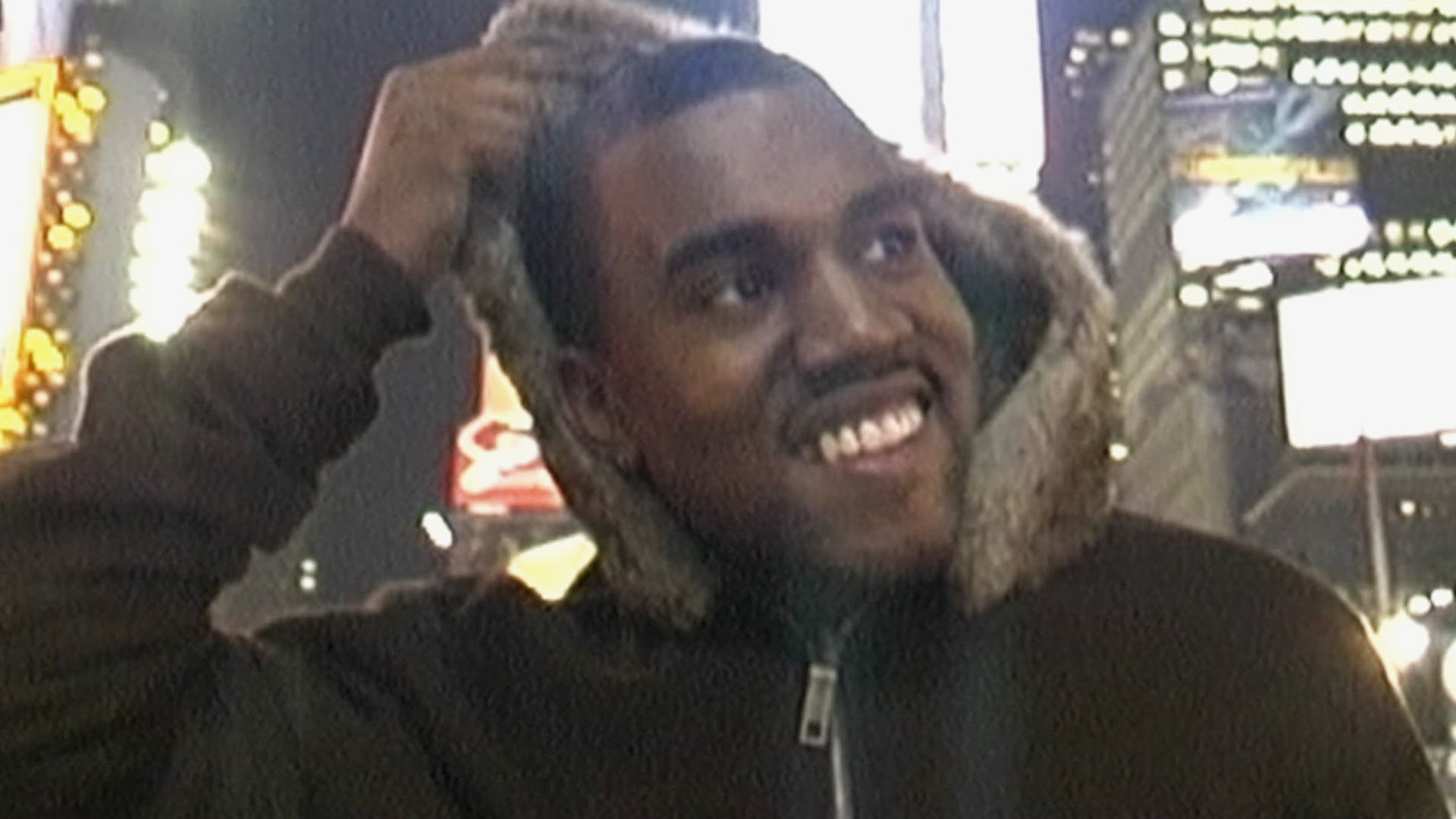 Netflix’s epic Kanye West documentary, “ Jeen-yuhs : A Kanye Trilogy,” will unfold in three feature-length parts, as the subtitle promises.(The first part premiered Sunday in the Sundance Film Festival, and gets a one-night theatrical release Feb.10; the whole thing will unspool on successive Wednesdays on Netflix, starting Feb.16.) But however the filmmakers carve up the 277-minute running time, the way they’ve encapsulated West’s story really boils down to a two-act narrative: rags to riches followed by, of course, riches to rumpuses.

Is your preferred archetype of Kanye the hungry, deeply focused, self-made scrapper who showed everybody? Or the openly bipolar billionaire whose run for president felt more like a box to check on a list of Ultimate Hubris moments than anything even half-seriously intended? Both Kanyes are on view in “Jeen-yuhs,” with a story that necessarily comes off deeply bifurcated, given that a plot is something West would seem to have lost along the way.

But what a Horatio Alger story it is, that first half or so, as directors Coodie Simmons and Chike Ozah — Chicago pals of West’s who made a couple of early music videos for him, including “Jesus Walks” — are there as MiniDV-wielding flies on the wall in the early 2000s, following him through his rise to galvanizing game changer with his debut, “The College Dropout.” Then, the documentary has an intermission, effectively, as, right at the point West becomes a major star, he all but ghosts the filmmakers for a decade and a half.Just when you think the rest of “Jeen-yuhs” might consist of summing up West’s career completely from afar, though, he starts letting Simmons (who’s a fairly constant narrator) and his camera back into his life, in fascinating spurts, if not as constantly as before.As their encounters pick up in the late 2010s and early ’20s, it’s Simmons who’s playing Horatio — the Shakespearian one, not Alger — while a sometimes calm, sometimes calamitous West flirts with being Hamlet.

The part of the docu-series that documents West’s 2000-04 rise, constituting all of the first episode and most of the second, would’ve made an inspiring, self-contained film on its own.This early footage, showing the striving and, yes, genius that led to “The College Dropout,” could be the hip-hop generation’s version of “Get Back.” Only there’s no exact corollary to watching the Beatles slowly find their songs in the studio, because any time West raps, even freestyling, it sounds done .

Even as you know just how good he is and everything that’s to follow, you share the startled reactions of the other people on camera as they discover a brilliant mind in motion.The big impediment in West’s way is that everyone takes for granted that he’s a phenomenal producer, but also assume that means he can’t possibly be that great at two things at once.

When he gets a chance to spit some rhymes right in the stars’ presence, they finally get that they’ve got a twofer prodigy on their hands.

“Oh, shit ,” says Mos Def in a sensational sequence when West raps for him for the first time backstage.Likewise: “I didn’t know, ” Pharrell Williams says, over and over, apologetically, after getting his first sample of Kanye as a rap wunderkind instead of console wiz.Even Jay-Z is shown having his lightbulb moment when West, able to get a rap in edgewise with his hero in the studio control room, auditions a guest rap for the “Blueprint 2” album.Leading up to these epiphanies, though, you see an abundant amount of West being patronized by figures great and small… even Jay-Z, who you see give West just a few moments in a receiving line, with the look on Kanye’s face making it clear he thinks he’s ust been treated as a commoner.Watching him approach everybody from his Chicago homeys to executive assistants to Dame Dash and get politely shrugged off, it’s as if we uncovered historical footage of Decca Records actually turning down the Beatles.

When everyone starts really getting it, it’s a cause for joy.

And cause for the trilogy to then start feeling far less hagiographic than it had up to that point.

The filmmakers make it clear that West was born bragging, as we find out from his beloved late mother, Donda, who doesn’t let her beaming pride keep her from saying, “Kanye was always self-absorbed in a way,” as she introduces a kindergarten anecdote.(Pretty much the only time he’s seen extending real affection comes when he tells Donda, half-kiddingly, “I would like to congratulate you on the good job you did with me.”) But by the time Simmons is hanging with West in the Dominican Republic in 2020, wearing the same “security” vest that he would wear at his infamous presidential rally in North Carolina a couple of nights later, things have taken some turns for the dark.In conversation with a group of real estate investors, West says, “I (took) bipolar medication last night to have a normal conversation and turn alien into English.I cannot communicate in a way that people understand in public because it’s just truth and we’re in a world of lies.” Moments later, Simmons admits he was disturbed enough, as a friend, to turn off the camera.

There’s a little bit of the filmmakers having it both ways there, chastely cutting off the filming but reminding the viewer they were troubled enough to do so.

Not that anyone needs any narration o be concerned about the subject’s behavior at some of these later points.(West, in one of the last scenes, is shown on the phone telling someone to find the contracts so he can finally sign off on this 20-year-in-the-making doc, which the directors have said he didn’t have final cut over; West must have only recently reconsidered, as he took to Instagram just days before the premiere to publicly demand that they let him reedit the project.) Even given how obviously erratic West is in the later stages of the project — sometimes seeming like a rational, savvy, crafty entrepreneur as he discusses shoe designs; sometimes raging about people doubting he’s an actual billionaire — it’s not always easy to render judgment on what might be a kind of madness and what might be West still doing a variation on the Muhammad Ali act he copped to way back in one of his very first interviews.

There’s a bit of Citizen Kanye in how this plays out, but maybe only a little.“Citizen Kane” didn’t end with Orson Welles offering an earnest Christian prayer for William Randolph Hearst, the way that the outrightly religious Simmons does for West in the closing moments here.The directors go down dark alleys but are unabashedly in love with their subject, and it’s not hard to see why; he’s not the first guy with ragingly narcissistic tendencies to come off as inexplicably lovable.

His brain chemistry, his moments of transcendence, his overachieving and under-empathizing, the deep wounds known and unknown, his ability to self-contradict and confound the world … these may look like things we’ve glimpsed in the mirror, too, whether we’re self-anointed GOATs or not.Even the most megalo-maniacal stars — they’re just like us.

Tue Jan 25 , 2022
Steam is adding a new feature that will make it plenty easier for players to access video games “seamlessly” from different PCs.Valve announced the new feature, called Dynamic Cloud Sync, via a blog post .The feature was added as part of a series of updates to support its upcoming Steam […] 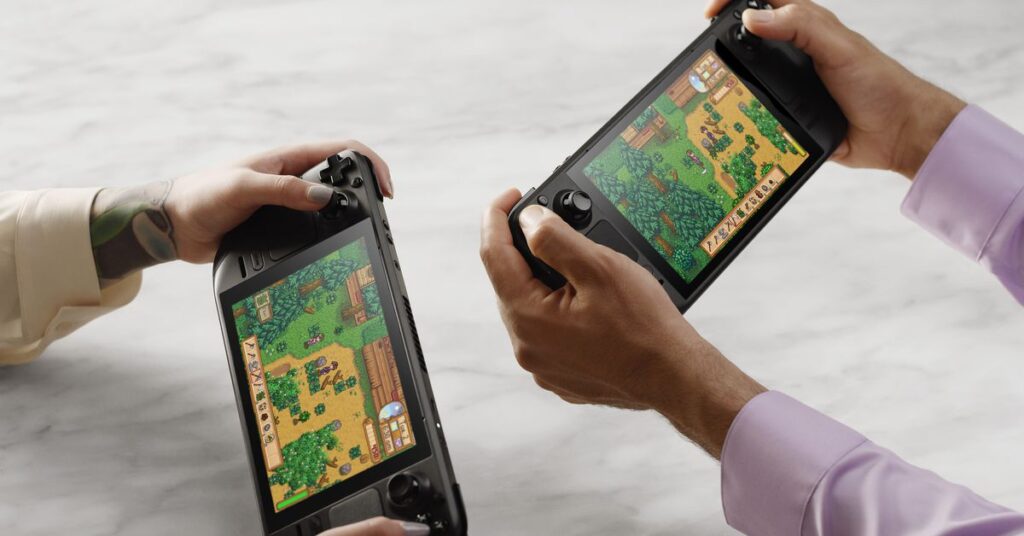