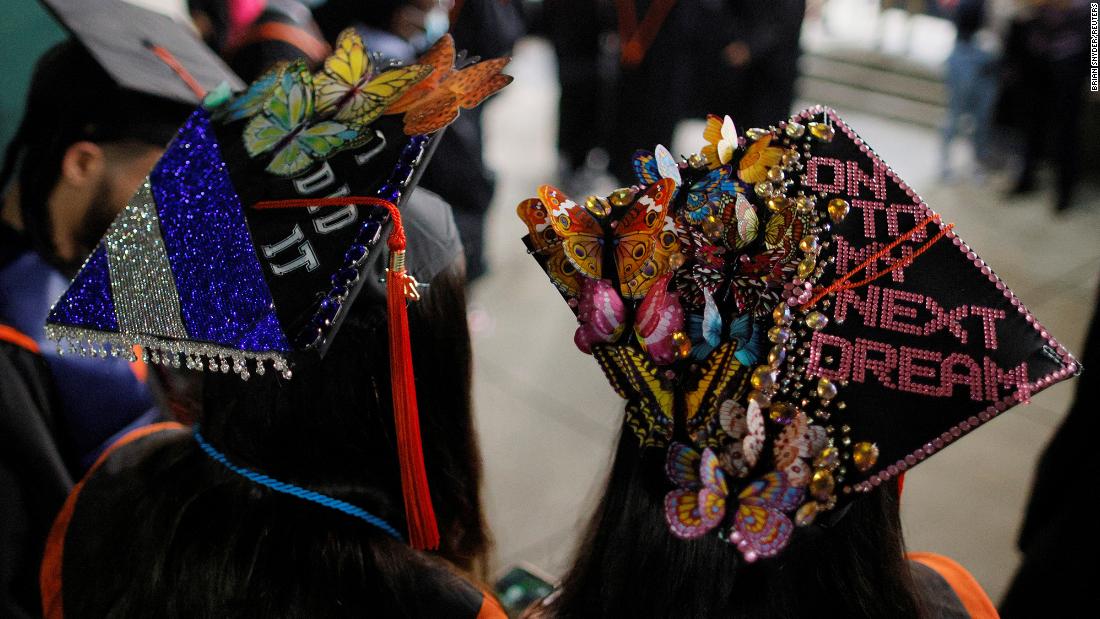 New York (CNN Business) Good news for student loan holders is bad news for anyone who happens to be an investor in fintech company SoFi.Shares of SoFi tumbled more than 10% Thursday after the Biden administration extended a moratorium on federal student loan repayments .

SoFi offers private student loans and refinancings to undergraduates and their parents as well as to grad students.The decision by the White House to extend the federal student loan payment moratorium from May 1 until August 31 will put a dent in sales and profits, the company said.What’s more, the company said in a statement late Wednesday that it expects the moratorium to be extended again.SoFi now thinks “the impending fall midterm elections will precipitate a likely seventh extension beyond August.” For that reason, SoFi said its yearly outlook now “assumes that the student loan moratorium will not in fact end during the course of 2022.” Big changes are coming to your 401(k).Here’s what you need to know As a result, SoFi is cutting its 2022 guidance for sales and adjusted earnings to $1.47 billion and $100 million.

Its previous forecasts were for revenue of $1.57 billion and a profit of $180 million.Read More SoFi CEO Anthony Noto , who was Twitter’s ( TWTR ) chief operating officer before leaving the social media firm in 2018 to take the SoFi job , remained upbeat.”SoFi remains incredibly well positioned to drive continued strong growth in revenue, members and products, along with continued and improving profitability, despite the fact that our student loan refinancing business has operated at less than 50% of pre-Covid levels for the last two years,” Noto said in a statement.”SoFi has done an outstanding job achieving record financial results, member and product growth and consistent profitability, despite the negative impact of the extended student loan payment moratorium” Noto added.”We will work diligently to continue that trend in 2022.” But Wall Street is clearly worried.SoFi , which went public last year following a merger with a blank check special purpose acquisition company, has plunged 50% this year and is now nearly 70% below its peak stock price.

At least six analysts cut their target price on SoFi shares after it slashed its outlook, according to data from Refinitiv..

Fri Apr 8 , 2022
Roman Abramovich’s business partners invested in luxuries across the world, documents show.These include a Caribbean island resort, a London church and a Greek hotel, The Guardian reported.It added that the investments are managed by a firm in the British Virgin Islands — a tax haven.Sign up for our weekday newsletter, […]