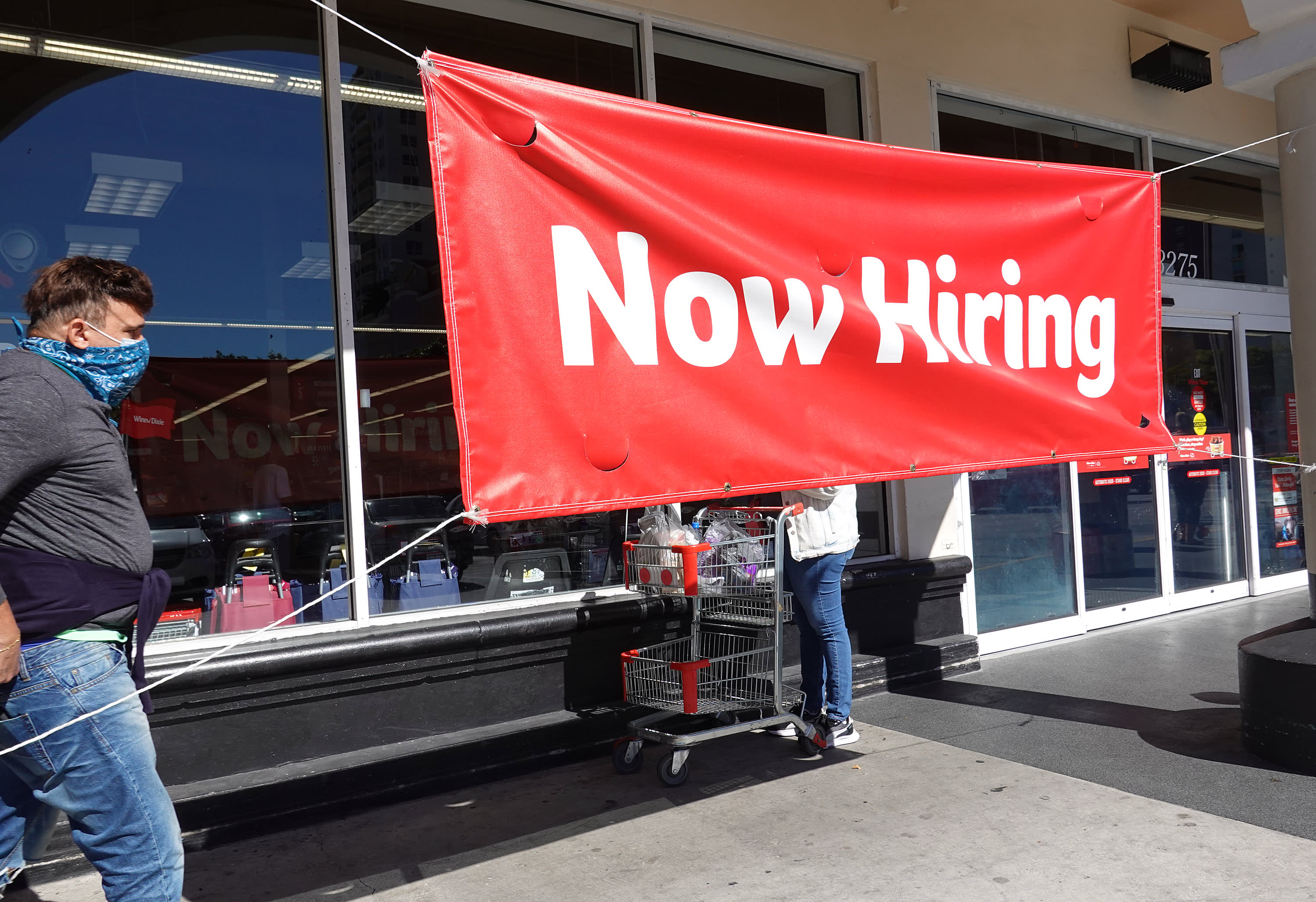 The rapid pace of pay increases that characterized the labor market for much of last year is showing signs of slowing down.Wage growth among private-sector jobs slowed to 1.2% in the fourth quarter of 2021 from 1.4% in the previous quarter, according to U.S.Department of Labor data issued Friday.That pace is still above normal; it translates to a roughly 5% annual raise for workers compared to the pre-pandemic trend of around 3%, according to Nick Bunker, economic research director for North America at the Indeed Hiring Lab.More from Personal Finance:

5 steps to protect your money from inflation

65% of women would buy a home without being married first

Inflation at its worst: Some ticket prices up as much as 100% The deceleration suggests businesses are starting to have an easier time finding workers — and therefore may not feel the need to bid up wages as rapidly to attract talent in 2022.”The Q4 data hints at a slowdown,” Bunker said.

“In combination with other data, it suggests the breakneck speed of wage growth we saw in summer and early fall may not be the pace we see moving forward.” “Slowing down from 120 miles per hour to 90 miles per hour is slowing down,” he added.”But you’re still hitting 90, which is pretty quick.” A further slowdown would be unwelcome news for workers.

Inflation has been running at its fastest pace in decades , eroding the large raises workers have gotten over the past year.If wage growth continues to decelerate while the cost of living fails to ebb, the combination would eat into paychecks even more.However, if inflation moderates in 2022 and wage growth plateaus at current levels, workers may ultimately experience a net raise, Bunker said.Demand for workers surged last year as the U.S.economy emerged from its pandemic hibernation.Job openings soared to record levels as employers’ need for workers outstripped the ready supply of labor.

Millions of Americans have stayed on the sidelines of the job market, largely due to persistent pandemic health fears, care responsibilities at home and early retirements among older workers, according to economists.

Other factors like elevated household savings and employee burnout also likely played a role, they said.Employees also began quitting in record numbers — a trend that came to be known as the Great Resignation — as Americans re-evaluated their work lives and many grew confident that they could find better, higher-paying jobs elsewhere.The recent Labor Department wage data suggests those hiring challenges for employers have somewhat eased.”Relatively, it’s not as hard to hire as it was, say, back in September or August for some sectors,” Bunker said.Wages have jumped the most for low-paying, in-person jobs in leisure and hospitality (hotels, restaurants, bars), and for those workers at bricks-and-mortar retail stores.

Pay growth among leisure and hospitality jobs slowed to 1.4% in the fourth quarter of 2021, down from 2.5% in both the third and second quarters, according to the Labor Department data.A separate agency report, the Job Openings and Labor Turnover survey, suggests that the rate of hiring among leisure and hospitality businesses improved in November after falling for three consecutive months.Meanwhile, pay growth may still be accelerating in some industries.

Retail wage growth, for example, jumped to 2.6% in the fourth quarter from 1.6% and 0.9% in the third and second quarters, respectively, according to the new data..

Tue Feb 1 , 2022
Migrants from Mexico, Guatemala, Honduras, and El Salvador are usually the majority at the Southern border.Last month, migrants from countries farther away, like Ukraine and Russia, outnumbered them.A CBP official told Axios the trend is tied to smugglers “expanding” their business.Get A growing number of migrants from Russia and Ukraine […]