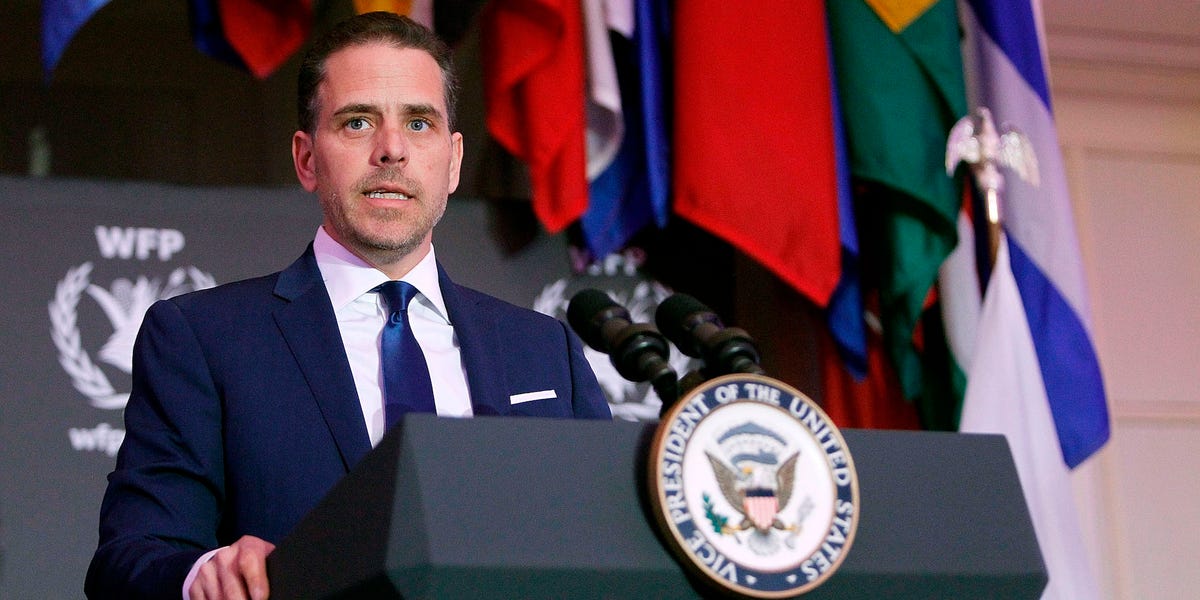 The Secret Service is paying over $30,000 a month to protect Hunter Biden in Malibu, ABC reports.Biden’s eldest son is currently living in a $20,000-a-month rental house in the affluent enclave.Retired Secret Service agent Don Mihalek told ABC that the price tag is “the cost of doing business.” Sign up for our weekday newsletter, packed with original analysis, news, and trends — delivered right to your inbox.The Secret Service is spending more than $30,000 a month to rent a Malibu mansion to protect President Joe Biden’s eldest son Hunter Biden near his expensive California rental home, ABC News reports.

Hunter Biden, an artist, is currently living in a $20,000 a month three-bedroom, four-bathroom “resort style” rental house in the affluent Southern California enclave, sources told ABC News.And, like other Biden family members, Hunter has received Secret Service protection since Biden’s 2020 presidential campaign, with the agency legally obligated to provide security for protectees wherever they live.

The Secret Service is renting the six-bedroom, six-bathroom property next to Hunter’s described in a property listing as a “Spanish-style estate” with a gym, a pool, tasting room, and a “castle-like tower to the master retreat with wet bar,” sources told ABC News.

Retired Secret Service agent Don Mihalek told ABC that the price tag is “the cost of doing business” for the agency, explaining that “wherever a protectee sets up their residence, the Secret Service is forced to find someplace to rent nearby at market value.”

“This isn’t new,” Mihalek added.”The Service has had to do this in past administrations, and unfortunately, the housing market right now has driven the prices up substantially.”

The Secret Service declined to confirm details of the arrangement, telling ABC in a statement: “Due to the need to maintain operational security, the U.S.

Secret Service does not comment on the means, methods, or resources used to conduct our protective operations.”

And under President Donald Trump’s administration, the Secret Service shelled out at least $1.2 million of taxpayer money to protect Trump, his children, and their families at Trump Organization-owned properties, according to a 2020 Washington Post investigation.

The agency spent hundreds of dollars a night on rooms at an above-market rate at Trump’s Mar-a-Lago club in Florida, tens of thousands of dollars renting out cottages on the property of Trump’s Bedminster, New Jersey golf club, and even more money protecting Eric Trump on his frequent business trips to the Trump Organization golf club in Scotland.

The amount of cash the Secret Service spent at Trump properties fueled criticism from government watchdogs and ethics experts who accused Trump of self-dealing and using his office to personally line his own pockets by bringing taxpayer revenue into his properties.

The agency also had to pay to rent a $3,000 a month studio apartment for agents assigned to Jared Kushner and Ivanka Trump’s detail to use a bathroom because the couple wouldn’t let the agents use the bathrooms in their house, the Post reported in early 2021.

Trump extended Secret Service protection for his four adult children and three former top officials after leaving office, the Post reported, at a cost of $1.7 million as of September 2021 .And the agency has continued to spend hundreds of thousands of dollars , including a significant amount of money at Trump properties, to protect Trump and his family since leaving office.

The agency has reportedly paid over $40,000 to rent a room at Mar-a-Lago and $35,000 to rent portable toilets at Bedminister as part of Trump’s post-presidential security.

Reskilling the workforce to be resilient | Deloitte Insights

Tue Apr 5 , 2022
​A system that invests not just in workers’ near-term skill needs but also in workers’ long-term resilience can help build long-term organizational resilience in a world where the only constant is change. 2021 Global Human Capital Trends Sign up to receive a copy of our new approach to Trends launching […]