Tech CEOs keep talking about “the metaverse.” Mark Zuckerberg insists that Facebook will be seen as a “metaverse company” instead of a social media company—so much so that he renamed the company “Meta.” Satya Nadella proclaims Microsoft is creating a “metaverse stack” for the enterprise.We’ll explain what’s going on, starting with Snow Crash .The Origins of “Metaverse”: Snow Crash

If you think this all sounds a bit like Ready Player One or a higher-tech version of Second Life , you’re right.

In fact, in 2011, Stephenson told Forbes that he saw video games like World of Warcraft as the real metaverse: Virtual worlds you could inhabit with your friends.In 2021, games like Minecraft and Fortnite are perhaps closer to the vision of the metaverse he foresaw.

There are lots of great VR headsets out there.We love the Oculus Quest 2.

But let’s be honest: When Mark Zuckerberg talks about the metaverse, part of the puzzle is just a desire to rebrand virtual reality.No, it’s not just running games or social apps on an Oculus VR headset: It’s accessing the metaverse!

In 2017, Stephenson made that case to Vanity Fair , pointing out that virtual reality (VR) and not augmented reality (AR) was necessary for that kind of vision:

If you’re in an AR application, you are where you are.You’re in your physical environment, you’re seeing everything around you normally, but there’s additional stuff that’s being added.

So VR has the ability to take you to a completely different fictional place—the kind of thing that’s described in the Metaverse in Snow Crash.When you go into the Metaverse, you’re on the street, you’re in the Black Sun, and your surroundings disappear.

In the book, Hiro lives in a shabby shipping container, but when he goes to the Metaverse, he’s a big deal and has access to super high-end real estate.Maybe the Metaverse Is Just the New “Web 2.0”

So is that what the metaverse is? A big alternative digital simulation we access through VR headsets where we can pretend to live a good life while we live in “shabby shipping containers” and the world decays around us, as in the novel?

No no, of course not—not according to Mark Zuckerberg, anyway.Here’s what he told The Verge :

The metaverse is a vision that spans many companies — the whole industry.You can think about it as the successor to the mobile internet…you can think about the metaverse as an embodied internet, where instead of just viewing content — you are in it.And you feel present with other people as if you were in other places, having different experiences that you couldn’t necessarily do on a 2D app or webpage, like dancing, for example…

Zuckerberg goes on and on like this, insisting that “the metaverse” is going to be the next big thing and that, “in the next five years or so,” Facebook will be seen as “a metaverse company” instead of a social media company.Update: Since then, Facebook has renamed itself to Meta .

That’s one way to ensure you’re seen as a metaverse company! Advertisement

To Zuckerberg and other tech CEOs, the concept of “the metaverse” seems to have more in common with “Web 2.0.” It’s a bunch of new technologies: VR headsets! Presence! Persistent digital worlds! Imagine having an office meeting in VR while working from home—but don’t worry, you can avoid the VR headset and just participate on your laptop if you like!

When you realize Facebook owns Oculus , the company’s desire to strongly push a future VR-based platform makes a lot of sense.Microsoft and “Digital Twins”

Microsoft’s vision of the metaverse seems to take the form of rambling, buzzword-heavy talk about “digital twins” and “converging the physical with the digital” with “mixed reality.” Microsoft’s Azure cloud can do it!

Of course, as we learned with Windows 10’s “Mixed Reality” headsets, that term often just means Virtual Reality to Microsoft .However, it can also mean augmented reality: And, little surprise, Microsoft also has a headset to sell you: The HoloLens .Coined the Term.

Tue Jan 4 , 2022
We’re off and running in the year 2022 with new console restocks.While we’re all hoping that availability of the popular PlayStation 5 and Xbox Series X consoles opens up so anyone can buy a console at retail price whenever they choose, for now we have to keep our eyes peeled, […] 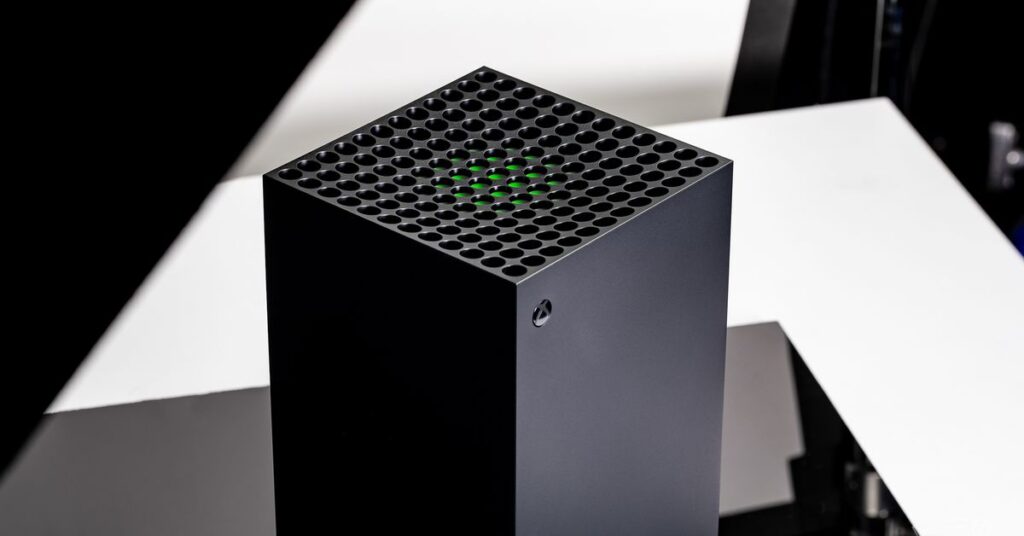