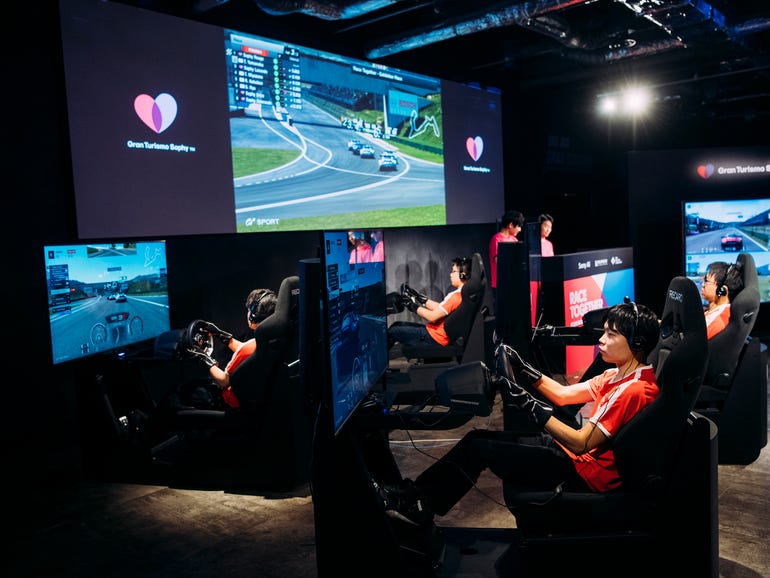 In bringing these technologies together, the trio of companies trained GT Sophy to master key driving skills by running simulations connected to over 1,000 PS4 consoles.

These skills include the ability to control a race car, such as knowing the best points to brake and accelerate, understanding racing tactics including when to use slipstream passing, crossover passes, and blocking, as well as racing etiquette including when to avoid at-fault collisions and respecting opponent driving lines.

The capabilities of GT Sophy were then tested against four of the world’s best GT drivers in two separate events, Sony AI said.

“By making improvements to the agent based on the results of the first race, GT Sophy outperformed the best human GT drivers in both time trial races and an FIA-Certified Gran Turismo Championships format race for the second event,” the company said.

Off the back of developing GT Sophy, Sony AI said there are plans to work with PDI to explore how GT Sophy could be integrated into future releases of the GT series.

“Gran Turismo Sophy is a significant development in AI whose purpose is not simply to be better than human players, but to offer players a stimulating opponent that can accelerate and elevate the players’ techniques and creativity to the next level,” Sony AI CEO Hiroaki Kitano said.

“In addition to making contributions to the gaming community, we believe this breakthrough presents new opportunities in areas such as autonomous racing, autonomous driving, high-speed robotics and control.”

This latest development by the comes shortly after Sony announced its decision to acquire video game developer Bungie for $3.6 billion .Bungie is responsible for massively popular game titles such as the Destiny series.

Kenichiro Yoshida, chairman, president, and CEO of Sony Group Corporation, said they plan to “utilize the Sony Group’s diverse array of entertainment and technology assets to support further evolution of Bungie and its ability to create iconic worlds; across multiple platforms and media.”

Bungie will still operate as an independent gaming studio and self-publish games.Bungie has about 900 employees and a headquarters in Bellevue, Washington.

Related Coverage Sony expects ¥1 trillion in annual operating income from COVID-19 gaming boom Epic Games receives another $1 billion in funding with $200 million from Sony Nvidia researchers use AI to recreate PAC-MAN, without a game engine DeepMind’s AI is helping to re-write the rules of chess.

Mon Apr 18 , 2022
GTA 5 Remaster PC Release Leaks Online The release of the new Grand Theft Auto V remaster for Xbox Series X|S and PlayStation 5 has left many wondering if the [PC](/category/pc/) version will get some of its upgrades.Although the PC version is already a beautiful game and has all kinds […]