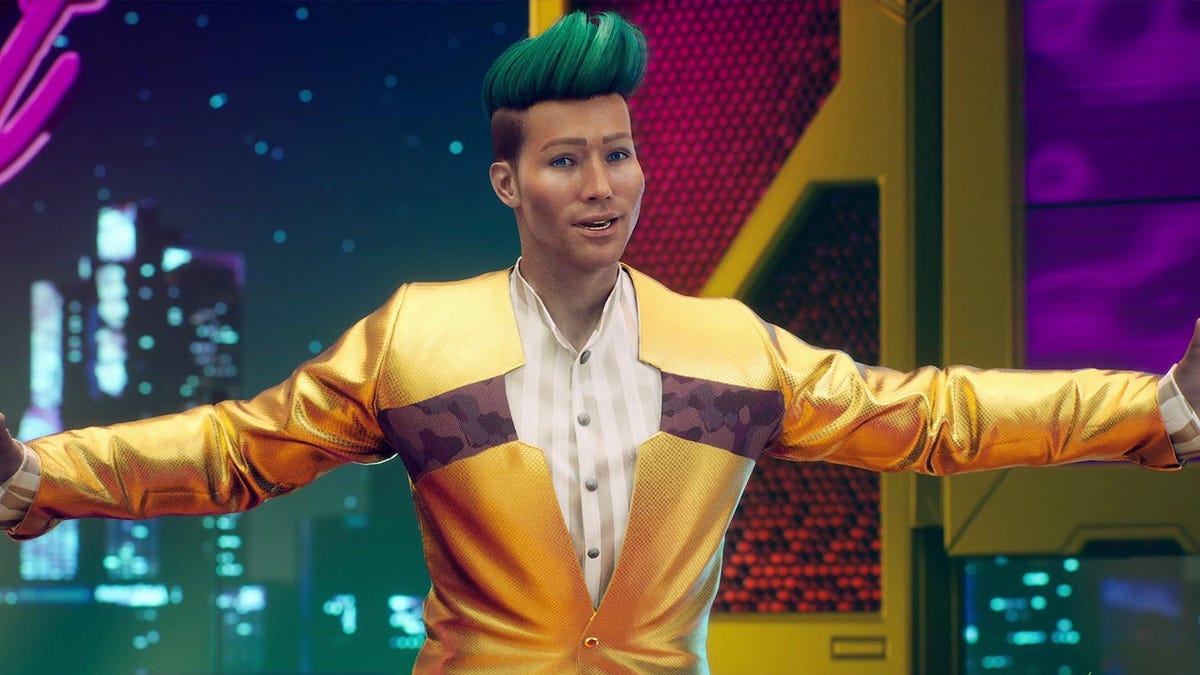 CD Projekt Red’s Keanu Reeves fanfic, Cyberpunk 2077 , might finally be complete.A massive update to the game rolls out today, alongside its release on PlayStation 5 and Xbox Series X/S, CDPR said in a glacial, minutiae-packed livestream on its Twitch channel today.

Advertisement The stream opened up with footage of Cyberpunk 2077 running on a PlayStation 5, at what looked like a butter-smooth 60 frames per second.But the stream quickly pivoted to showcasing how the role-playing shooter runs on Xbox Series S—still a high frame rate, and still pretty, albeit with a notably less-sharp resolution—and on Xbox Series X, where it looks a whole lot like it does on PS5.

There’s a free five-hour, one-month trial for the game available on next-gen consoles starting today, replete with save-file transfers to the full version for those players who are won over by their time in Night City.

The next-gen update comes alongside Cyberpunk 2077 ‘s ballyhooed patch 1.5, which clocks in at 50 GB and, among other things, features a reworked perk system: Some skills are getting enhanced, while others are getting removed from the skill tree entirely.(Knife-throwing: It’s good now, and is also maybe a boomerang?) If you’re dusting off an old save file, you’ll find that all of your perk points are unassigned.

It’ll also introduce a “rebalanced” combat system, where enemies seek cover, react more intelligently, and are overall more “clever,” CDPR said, noting that it’s hard to show off examples in a live stream but that it’s something you’ll just have to try yourself.Driving, too, has been improved.

(On stream, CDPR showed off main character V doing smooth donuts in a sports car at an intersection.)

Buy for $40 at Best Buy But the world itself has also been significantly improved, with changes implemented to make it feel more real.Crowds will realistically react to your actions, and won’t despawn any longer when you spin around, and the city itself looks lively in a way that it simply didn’t in the game’s launch state.These changes all come amid a litany of quality-of-life changes, including a big overhaul to the map, which is so specific now as to show you how many gigs you’ve completed for specific “fixers” (aka, some of 2077 ‘s quest-givers).

In-game vendors will hawk their wares at reasonable prices.You can change your character’s appearance in-game at the mirror in your apartment—a feature so nice CDPR show it off on stream twice—and you can rent sumptuous pads at various neighborhoods around Night City.

Screenshot: CDPR / Kotaku /Twitch Of course, whether or not this overhaul works as intended remains to be seen, as the update gets in the hands of players.

Advertisement The story around Cyberpunk 2077 ’s misfired release is well-trod ground by now , marked by multiple delays and serious reports of crunch—the game industry’s term for extended overtime—among its workers.

Public perception of the game was further skewed by its suboptimal state on PlayStation 4 and Xbox One.Cyberpunk 2077 ’s official next-gen update has been a long time coming, and is widely considered the potential saving grace for the game (which, after a litany of patches and updates, is now considered playable at a “satisfying” performance level by CDPR).

Such next-gen versions were initially planned for release sometime in 2021.But last October, CDPR delayed the fancy-console versions of Cyberpunk 2077 once again, saying they’d arrive some time in the first quarter of the year (ahead of a similar next-gen respray of The Witcher 3: Wild Hunt , which was first released in 2015).

Advertisement Cyberpunk ’s next-gen console launch comes amid the busiest release slate in quite some time.This month alone , the open-world games that double as next-gen showcases Horizon Forbidden West and Elden Ring flank a massively anticipated, and presumably massive itself, expansion for Destiny 2 .Just a few weeks ago, we got another open-world game that doubles as a next-gen showcase: Dying Light 2 .March isn’t looking any less stacked , thanks to a lineup that includes Tunic , Gran Turismo 7 , Tiny Tina’s Wonderlands , Kirby and the Forgotten Land , Ghostwire: Tokyo , Triangle Strategy , and that bonkers-looking Final Fantasy spinoff about “CHAOS!!!!”

At long last, the proper next-gen versions of Cyberpunk 2077

Wed Feb 16 , 2022
At long last, the proper next-gen versions of Cyberpunk 2077 are here after they were rolled out alongside a massive update for the game.Like previous blockbusters that have leapt between console generations, the news once again highlights how much smoother this all is on Xbox compared to PlayStation. Advertisement Developer […] 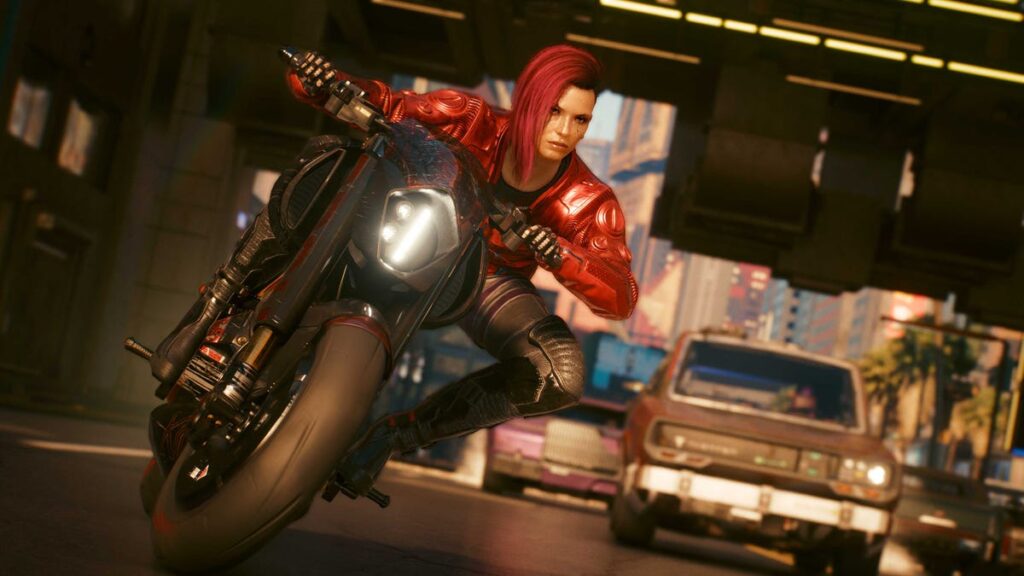