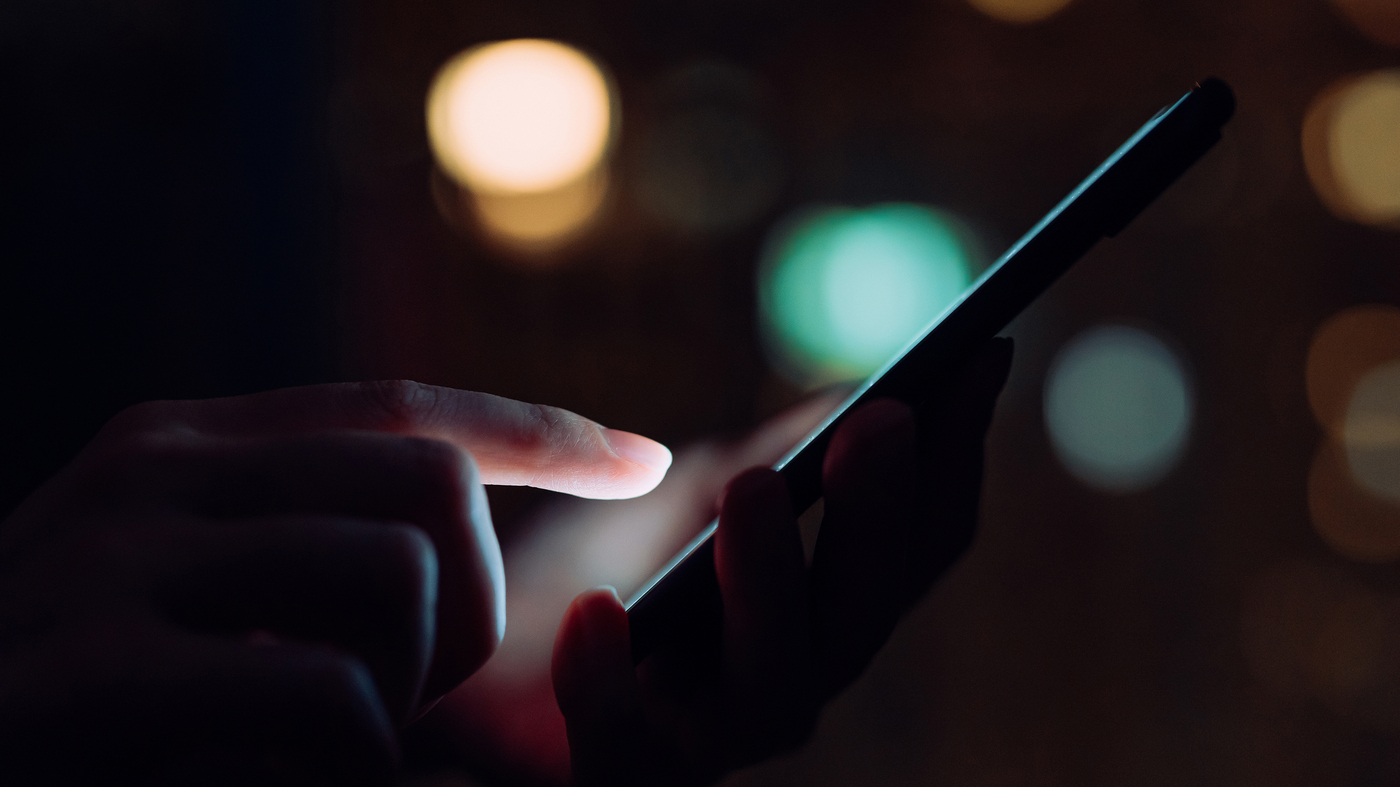 Enlarge this image BeReal was launched in 2020 but has rocketed up the download list this year.d3sign/Getty Images hide caption

d3sign/Getty Images If you haven’t heard of the BeReal app and you’re not a member of Gen Z, you’re forgiven.The social media app is the latest to grab the attention of the younger generation – and its popularity is rising quickly.

This year alone, downloads have grown by at least 315%, according to data from Apptopia.

What is BeReal? Social media can be time-consuming and pressure-inducing, but BeReal says it is aiming to change that.

Here’s how it works.Once a day you get a notification from the app.It tells you that it’s time to post your BeReal for the day and you have two minutes to do so.Your friends are also supposed to get the notification at the same time.

The idea is you take a photo of whatever you’re doing at that time, no matter how mundane or exciting.You could be walking to class, taking a bus to work, or maybe you get the notification right as you’re sitting down for dinner or on a bike ride.

Technology 2022 will be a tense year for Facebook and social apps.

Here are 4 reasons why You take one photo of what you’re doing with your back-facing camera, and at the same time, your phone takes a photo of you with your front-facing camera – surprise!

That’s it.There are no filters or third-party apps to change your appearance.Retakes are allowed and you can still post if you miss the window, but in both cases, your friends will see that you retook the image or posted late.

The parameters in place are billed by the app as “a new and unique way to discover who your friends really are in their daily life.”

Users can also see where their friends are on a map and discover other publicly posted BeReals.The catch is before you view anyone else’s post for the day, you have to post your own photos.

Why is it popular now? BeReal’s 315% year-to-date increase in downloads is significant, but that’s not the only notable number.The app was started by French entrepreneur Alexis Barreyat in 2020, but at least 65% of lifetime downloads happened in the first quarter of 2022.

The app is targeting college students with its ambassador program and it seems to be working.

Enlarge this image BeReal encourages participation by asking users to share content before they can view other people’s posts.

Wynne Davis/NPR Meredith Mueller is a sophomore at the University of Kansas where she’s studying journalism.Mueller downloaded BeReal a couple of weeks ago after she heard about it from her roommate.

“I downloaded it, typed my information in and then it came up with all my contacts with people that already had this,” Mueller said.”And I was like, how have I never heard of this and all these people in my contacts already have this?”

“It’s just so fun to, like, go take a break throughout my day and just go on there and see exactly what people are doing in the moment and, like, throughout their day and where people are at,” she said.

In total, Mueller said she had around 50 friends on BeReal, a much smaller number than the 2,000 or so followers she has on Instagram.

And unlike Instagram or Snapchat, where Mueller says there is pressure “to look good,” she thinks BeReal doesn’t have that fake feeling to it.

Technology Instagram unveils new teen safety tools ahead of Senate hearing “Snapchat is more like you’re sending this to one person, if you post on your story, you’re trying to look good,” she said.”Whereas this is like …wherever you’re at, whatever you’re doing, you stop in the moment and all your friends can see it.

Does BeReal need to change the game? The curation that individuals do on other social media platforms is part of what BeReal is trying to break with the lack of filters and the timestamps it has.The goal is seeming to offer a more intimate view of your life.

Chris Stedman, author of IRL: Finding Our Real Selves in a Digital World , says there is a need for spaces where people can let their guard down and just be themselves, but he also notes the curation of other apps isn’t necessarily a bad thing.In fact, it might just be a very human thing to do.

Consider This from NPR TikTok Is Creating Music Stars – And The Music Industry Is Watching Stedman started working on his book after he went through a difficult moment in his life, and found that he was not telling that story online, where he was posting as if everything was fine.

“A big part of why I wrote it is because I was trying to figure out whether or not the internet is a place where we can feel human,” he said.”But the fact of the matter is there is kind of nothing more human than curating a self that you share with the world.”

Highlights reels of your personal life are not new, Stedman said.Family photo albums or homemade movies from childhood are also snapshots of the best moments.

Technology Former TikTok moderators sue over emotional toll of ‘extremely disturbing’ videos Stedman hasn’t used BeReal, and he said he’s not likely to, but he can see why Gen Z might like the app.

“I do think one of the big challenges people feel on social media is I’m seeing everybody else’s highlight reel, but I’m experiencing the fullness of my own life with all of the mundane stuff,” Stedman said.

“To be able to get this reminder that everyone else’s lives largely are made up of mundane moments too, I can definitely see some value in that.”

BeReal sounds like it would serve a similar function to some group chats Stedman already has in his life, he said.These are places where not every photo has to be polished, where friends share links and are more intimate about the details of their lives.

Overall, Stedman says a key factor to consider when you’re connecting with friends in DMs or on a larger social platform is how exactly you’re going about it.

“Ultimately, whatever platform you’re on, the most important thing is being intentional and mindful about why you’re using the platforms in the first place, and what you’re trying to get out of them,” Stedman says..

Sun Apr 17 , 2022
Solar power could cut bills and replace the need for Russian gas far more quickly than other sources of energy, the industry has told Sky News. But a new wave of vast solar farms is leading to opposition from rural communities who fear “industrialisation of the countryside”. Solar Energy UK […]