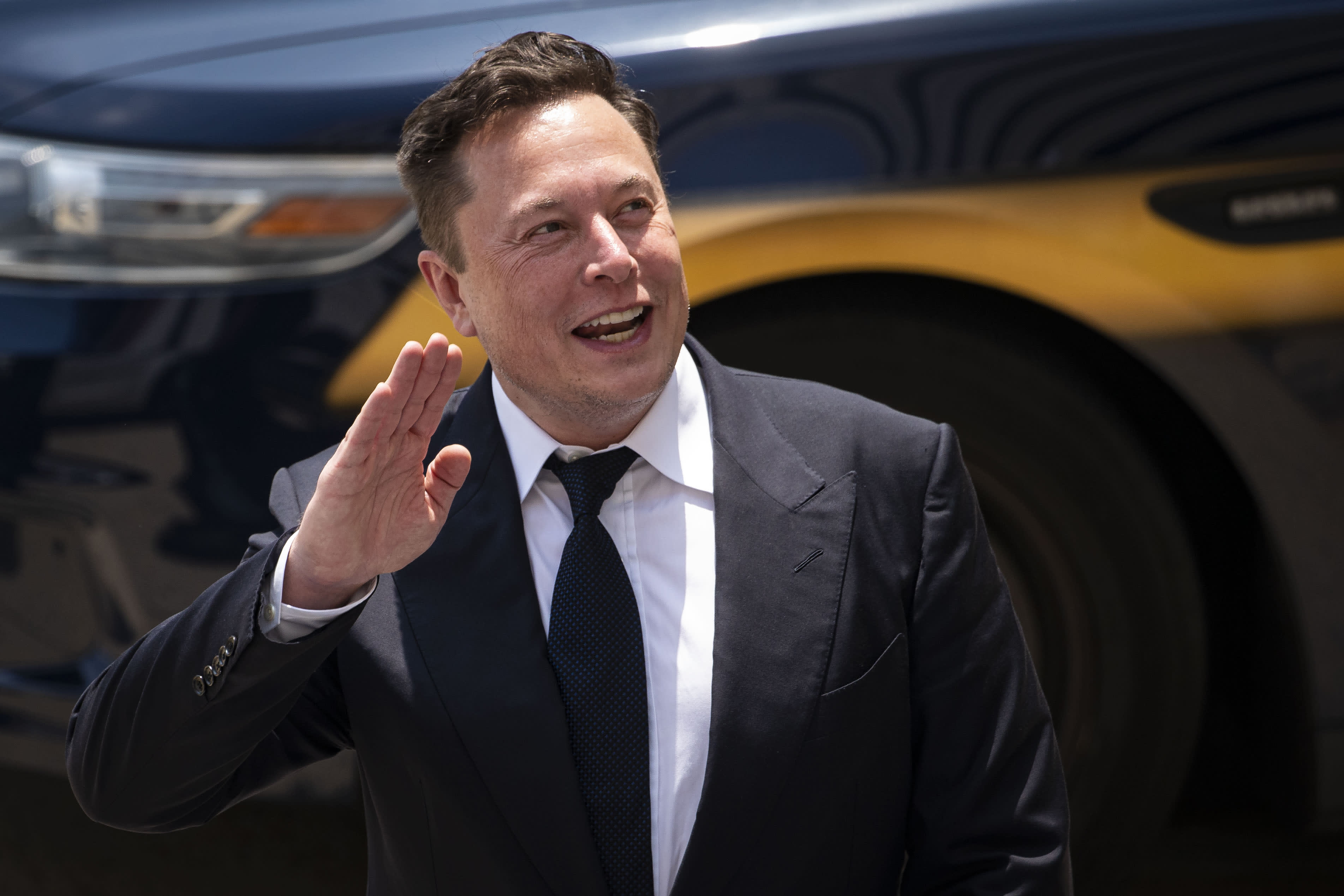 When Elon Musk offered Jack Sweeney $5,000 to shut down a Twitter account tracking his flight patterns, a lightbulb lit up in Sweeney’s head: This coding project, set up mostly for kicks, could become extremely profitable.Sweeney, 19, is a freshman studying information technology at the University of Central Florida.In June 2020, the self-professed Musk fan wrote some code to source the billionaire’s flight information from public websites like ADS-B Exchange, which monitor data like location, altitude and speed transmitted by every federally regulated aircraft.He set the data to auto-publish to a Twitter account, @ElonJet — and in mere months, hundreds of thousands of people started following it.Buoyed by popular demand, Sweeney wrote new code to follow other notable private planes, a bulk of them added in summer 2021, he tells CNBC Make It.Sweeney now tracks flight data from 127 different jets, including aircrafts owned by Bill Gates, Jeff Bezos and former president Donald Trump.That data appears on 16 different Twitter accounts, with @ElonJet still the most popular at more than 300,000 followers.

For his efforts, Sweeney has made a total of $500, thanks to donations and ads on his website .

But instead of accepting Musk’s $5,000 offer, he asked for more: $50,000.Musk declined, ultimately saying it didn’t “feel right to shut [the account] down” before blocking Sweeney on Twitter last month, according to screenshots reviewed by CNBC Make It.Sweeney says he would propose the same deal to other billionaires who want to buy his Twitter accounts.”I can probably make some kind of business out of this,” he says.

“And that’s definitely enough to pay for college here.” Initially, Musk’s request was confusing to Sweeney, who suspects a younger version of the billionaire might have done something similar.Now, Sweeney says, he understands the security concerns: Publishing the flight paths in real time reveals where public figures are traveling, and according to screenshots, Musk told Sweeney that he “didn’t love the idea of being shot by a nutcase.” But, Sweeney says, he’s unaware of any threats originating from people following his project.He also notes that Musk often flies from fixed-based operators at small airports or private terminals within larger airports.In other words, he’s not traversing through crowded gates at LAX before hopping on a jet.

“I think the concerns are valid,” Sweeney says.”But I’ve seen him go to BOA Steakhouse in Los Angeles.There are more people there than at the airports [he uses].” Sweeney says most of his followers are Musk or aviation fans, businessmen and women, and “the people who say, ‘Yeah, let’s go after billionaires.'” But he insists he didn’t create the Twitter accounts to hold the rich accountable.Rather, he says, he created the first bot as an experiment from his own personal interests in aviation, computer science and Musk himself.

He always thought the work could gain a following, but he didn’t expect national attention, he says.”I always thought people who like Tesla or the whole Elon community on Twitter would be interested,” Sweeney says.”But now, it’s really gone everywhere.” Day-to-day, Sweeney’s code largely runs itself, though the teenager says he plans to improve its algorithms and add more aircrafts to track.And unless Musk or another prominent jet-owner can cough up enough money, he says, the project will likely keep expanding.”It took time to grow…

[and] there’s definitely [code] I need to work on,” Sweeney says.”But it’s cool to see the whole program work.” Sign up now: Get smarter about your money and career with our weekly newsletter Don’t miss: Elon Musk is a business ‘savant,’ but ‘his gift is not empathy,’ according to his brother Kimbal How this 26-year-old CEO went from joking about dropping out of college to running a $4 billion company Climate-related risks are amplifying tensions in trade, geopolitics and conflicts, expert says BofA economist Ethan Harris calls for 7 Fed rate hikes this year Jim Cramer says these three medical device stocks are ‘true steals’ Cramer says the problems weighing on medical device stocks are temporary, expects a bounce back Wall Street pointed toward higher open amid tech earnings ‘Messy sideways market’ will dominate year, BofA’s Subramanian warns Pfizer’s Covid shots for kids could be in arms by end of month PayPal CEO says company will have a measured approach for guidance in 2022 How Venmo makes money Biden to nominate first Black woman to Supreme Court AMD beats on top and bottom line in Q1, posts record quarterly, full-year revenue Alphabet CFO Porat on 20-for-1 stock split Operating margins are the headwinds for Starbucks, says Wedbush’s Nick Setyan Starbucks reports mixed Q1 results GM still generated $7.7B in net cash in its auto operations, says Benchmark’s Michael Ward GM beats earnings, misses revenue for Q4.

THE ONLINE GROCERY REPORT: The coronavirus pandemic is thrusting online grocery into the spotlight in the US — here are the players that will emerge at the top of the market

Thu Feb 3 , 2022
This is a preview of the Business Insider Intelligence Online Grocery premium research report.Purchase this report here.Business Insider Intelligence offers even more e-commerce and payments coverage with our Payments & Commerce Briefing.Subscribe today to receive industry-changing retail news and analysis to your inbox.The coronavirus pandemic has brought online grocery — […]