Earlier this year, two unsuspecting tech bros attempted to start an online business in knitting supply sales, assuming it would be easy to “disrupt” a market full of hobbyists and grandmas.They could not have been more wrong.

Serial entrepreneurs Dave Bryant and Mike Jackness bought the domain name Knitting.com in February, hoping to capitalize on the unbeatable SEO and become major players in the knitting-supply space.Within days, however, knitters from around the world had descended on their blog, accusing them of being opportunists, sexists, and worse.

In an interview with Input Magazine , Jackness compared the experience to high school bullying and the Salem witch trials.The pair ultimately deleted their blog post and podcast announcing the venture.

But in the knitters’ eyes, they were the ones being attacked.

“It’s difficult because they came into it saying, ‘Hey we’re carpetbaggers, and we’re going to come in and wreck this and sell it for eight figures in a few years,’” said Nancy Murrell, a knitter who runs an online directory of independent yarn dyers and designers.

“We’re trying to build this eco-conscious community out here, and they want to pave the land next to our little farmers’ market and put up a Walmart.”

Jackness and Bryant may not have actually called themselves carpetbaggers, but they did plainly lay out a very profit-focused business plan.According to the now-deleted blog post and podcast, the pair planned to fill Knitting.com with knitting articles and videos, using it as an SEO-friendly funnel into their actual business of selling knitting products on Amazon.And having a strong domain name was crucial to that plan, as Jackness explained in a podcast episode.Whether communicating with sellers, influencers, or potential employees, he said, “you’re going to get heard—at least they’ll open your email—because you’re from Knitting.com.”

Bryant and Jackness have started multiple businesses using this same model; the most recent example being ColorIt.com, which sells adult coloring books.(Before that, Jackness started Treadmills.com, where he sold treadmills, and Icewraps,com, where he sold—you guessed it—ice wraps.) On top of that, pair also run Ecomcrew.com, where they document their business ventures for the benefit of other aspiring entrepreneurs.

16 EconCrew post, Jackness and Bryant bragged about snagging Knitting.com for $80,000—the seller initially wanted $150,000— and claimed they could quickly turn the dormant domain into an eight-figure business.The decision, at least according to the initial blog post, was not a particularly sentimental one: They had previously considered going into model railroading and fishing, but decided those industries had either too small of an audience or too much competition.

Knitting, meanwhile, was just right: a big enough audience, endless content opportunities, and a “decent” number of products they could offer.

In the podcast episode, Bryant noted that a major draw of the knitting market was the lack of competition.He claimed the number of high-quality competitors sat in the low dozens, and that the rest of the market was occupied by “grandma who has a little blog that she’s run for the last 20 years.”

What Bryant and Jackness apparently did not know is that knitting has one of the largest and most vocal online communities of any leisure pastime.The knitting social media site Ravelry.com, where users trade patterns and swap technique tips, has more than 8 million users, and has set off social and political debates so intense they were profiled in The New Yorker and The New York Times .Knitting Instagram is a thriving world full of so-called “knitfluencers,” who alternately befriend, feature, and cancel each other with stunning regularity.

There is even a magazine that launched recently in response to the growing “wokeness” of knitting culture.And knitting blogs, far from being the domain of inattentive grandmas, hold so much sway that one blog post in 2019 set off a racial reckoning that has lasted years.

The purchase of Knitting.com—and the buyers’ swaggering, self-assured announcement of it—provided a rare opportunity for the knitting world to unite in wondering: Who are these bros, and what are they doing in our corner of the internet?

The first sign of backlash came from a post on the subreddit r/craftsnark, where nearly 14,000 knitters go to gossip about their favorite (and least favorite) industry trends and influencers.In a post on Feb.23—a week after Jackness and Bryant announced their business venture—a user called “ShinyBlueThing” posted a link to the businessmen’s blog post under the headline: “Step 1, Buy knitting domain.Step 2 …

“These guys who don’t craft or knit at all spent $80K to buy the domain knitting dot com and think it’ll be a $10m/year business within a year,” the user wrote.“Because knitters are an ‘untapped market.’ Uh.I’m going to bitterly side-eye that.”

(One user even started a parody account under the handle @knittingdotcom.) But they also raised serious questions: Who exactly was going to create knitting content for their website? What were they going to be paid? And why did these tech bros, with $80,000 to blow on a vanity domain name, want to come in and “disrupt” a market made up of women, people of color, and people with disabilities? Put simply: Who did they think they were?

“The market research they described doing… was just so laughable,” said Murrell.She said Bryant and Jackness seemed to have focused on the Amazons and big-box craft stores of the world, and completely missed that most serious knitters buy from small, eco-conscious businesses with whom they feel a connection.

In a particularly blistering comment under their blog post, a user going by the name Katie Cox tore into the arrogance of entering an established market and assuming that everyone already there was simply missing the piles of potential cash sitting under their noses.She noted that while this is to some degree the nature of startup culture—everyone wants to be the next Uber of something—it is particularly insidious when the market you are trying to disrupt is made up primarily of women.

“In this situation the fiber arts field is predominantly female, so I hope that this message helps you understand exactly why the term ‘sexist’ will be thrown your way,” she wrote.“I feel acknowledging existing competence, particularly among those who are disadvantaged in some way or another, is something you have not adequately addressed.”

“I wish you as much luck as the individuals who bought the Dune book and also thought they perceived a business opportunity that everyone else somehow missed,” she concluded.

In his interview with The Daily Beast, Jackness said his business had been entirely misunderstood.He and Bryant didn’t want to shut down small, independent yarn dyers, he said, they wanted to cater to a different market entirely: Beginner knitters who would be buying their needles and yarn from mass-market retailers like Amazon anyway.

He admitted that some of the language they used in the podcast—in one episode, he suggested they could “wreck” the knitting industry—was geared toward other entrepreneurs, and may have come off as insensitive to the knitting community.He added that he actually wanted to help other knitting businesses, by getting more people into the craft.

But he also said he saw no reason for Knitting.com to change its business model in response to the criticism.

“My hope is that over time, people will see that we’re doing good in the community and feel differently about it,” he said.

Still, the pair seems to have adjusted at least their communications strategy in response to the backlash.

The podcast announcing the knitting.com purchase was removed, and the blog post was replaced with a “Knitting Community Response,” in which Bryant explains that he really does have a personal connection to the subject: his 6-year-old daughter, who is learning to knit.The purpose of starting a knitting website, he wrote, was to “inspire more people who might not ordinarily embark on it (like myself!)”

The text on Knitting.com has also been updated, and now states that the company is firmly committed to “fair, paid compensation for patterns and content,” and to “supporting the wonderfully creative craft community already doing incredible work.” Bryant even personally responded to one of the more critical Twitter threads, though the reception was less than glowing .

Murell was not entirely convinced by the apology tour.She pointed to the podcast episode in which Jackness said he could “wreck” the industry, and in which both men said they could never see themselves becoming knitters.

To turn around and embrace the knitting community after facing backlash felt a little contrived.

But, she added, she wasn’t all that worried about it.

Need a Business Idea? Here Are 55.

Tue Mar 22 , 2022
This article has been excerpted from 55 Surefire Home Based Businesses You Can Start for Under $5,000 and other great resource books published by Entrepreneur Press . Entrepreneur Looking to launch a successful business but don’t know where to start? You’re not alone.Today, tens of thousands of people are considering […] 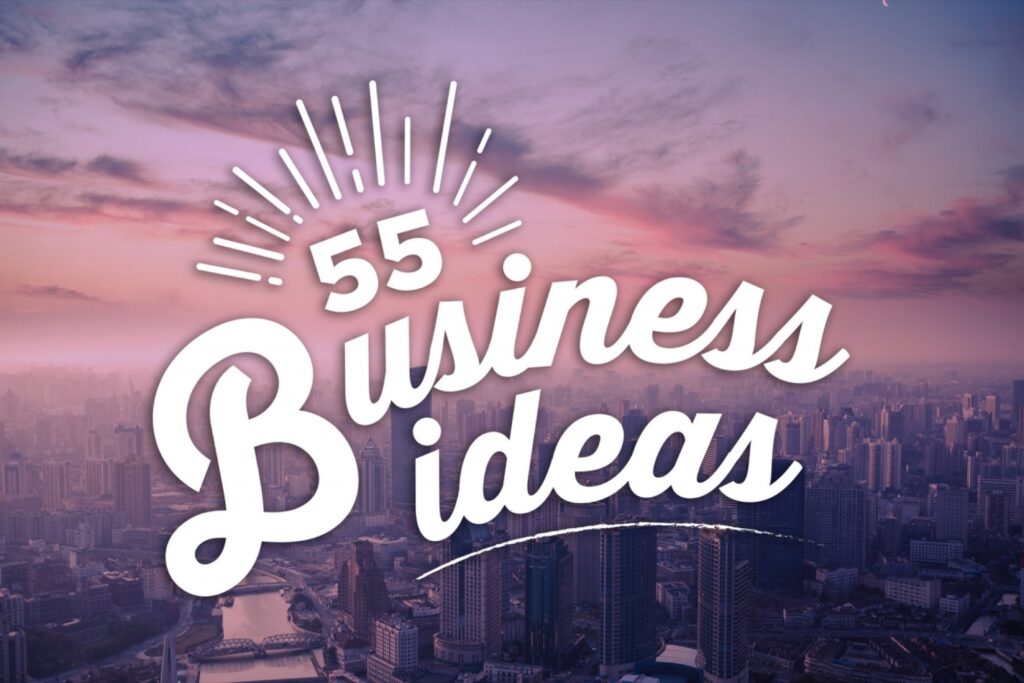