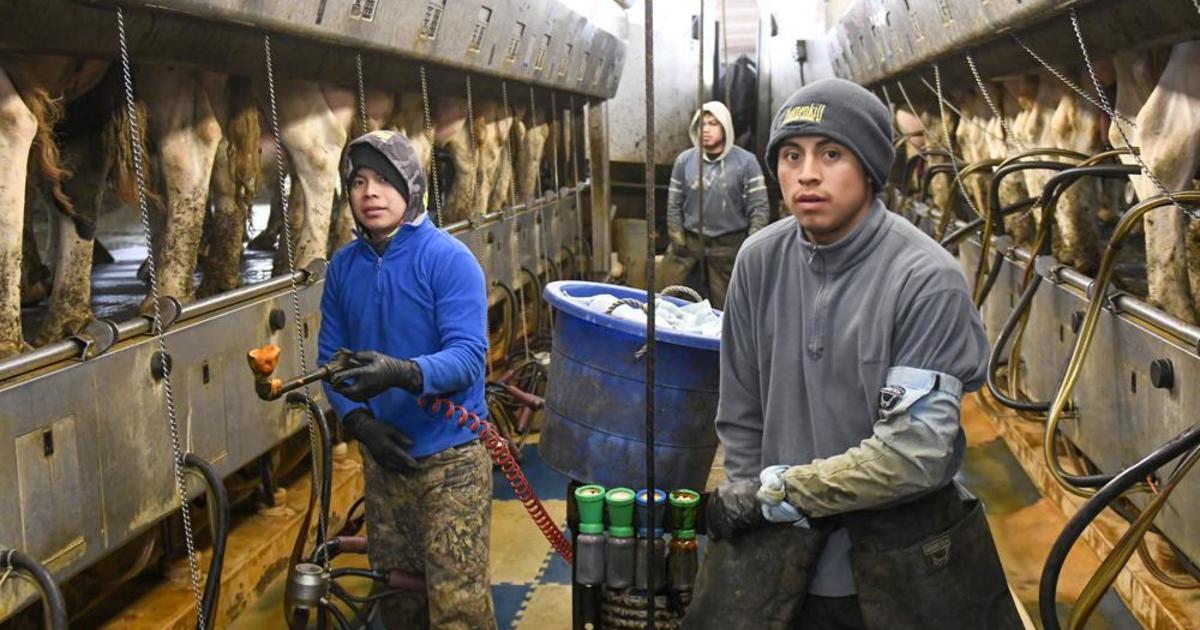 The thousands of people paid to plant corn, pick apples and milk cows in New York often work long days, six days a week — and earn overtime only after 60 hours of labor.

The state is now looking at lowering that overtime threshold.New York could possibly join California and Washington state in phasing in a 40-hour overtime rule for farm hands, a threshold common in other industries.

“We need a better quality of life,” said veteran dairy worker Lazaro Alvarez.He is among those who say the change is long overdue for an estimated 55,000 agricultural workers in New York, many from Mexico, Guatemala and other countries outside the United States.

Down on the farm: A shortage of agricultural labor But the prospect is alarming farmers.They warn the extra costs would wipe out marginal farms, hobble others and actually reduce workers’ earnings if farmers cap hours to manage expenses.

“While the industry overall may survive, many individual farms will not,” Chris Laughton of Farm Credit East, a lender for the agriculture industry in the Northeast, testified this month.

At Welcome Stock Farm near Saratoga Springs, Bill Peck said overtime after 40 hours for the farm’s 18 full-time employees would cost him up to an extra $12,000 a month.Dairy farmers like Peck say they cannot simply raise prices to reflect added expenses, since wholesale milk prices are regulated.

“That money is going to go just into payroll, so which is good for them in the short term, but long term the business can’t survive.”

Crop farmers who grow vegetables and apples say they would be particularly hard hit when extra seasonal labor is needed.They say higher overtime costs will make them less competitive with farms in other states.

Farm workers in New York didn’t qualify for overtime pay at all until 2020, when the state changed the law to mandate extra pay for workers who exceeded 60 hours a week.

The new law also instructed a three-person “wage board” to consider whether to recommend a lower threshold.

The board Friday is holding its fourth of four hearings this month.It will make recommendations to Gov.

Kathy Hochul’s labor commissioner, who can accept, reject or modify them.

Average hourly wages for agricultural workers in the region last year were $16.16, according to federal figures, though some earn the minimum wage of $13.20.

The wage board could recommend temporarily keeping the 60-hour status quo, which they did once before.

They also could follow the lead of California and lower farm overtime levels in phases over several years.Larger farms in California had to begin providing overtime after 40 hours starting this year.Farms with 25 or fewer employees will hit the 40-hour mark in 2025.

Several other states offer some farm workers overtime, with limitations and exceptions.

Trent Taylor, an attorney with the advocacy group Farmworker Justice, said more states are considering the proposals as the nation grapples more with labor and racial issues.

Nationally, farm workers were excluded from the overtime provisions of the landmark 1938 Fair Labor Standards Act.At the time, the U.S.

was only 73 years removed from outlawing slavery.Advocates say continuing to leave them out perpetuates an injustice against a profession long dominated by people of color.

Definition of “structural racism” “This exclusion of farm workers is the very definition of what we call structural racism.It was a policy rooted in racism 85 years ago and has become so baked into the system that people don’t even realize it anymore,” said Lisa Zucker, an attorney at the New York Civil Liberties Union.

Farmers argue that the well-meaning policy would not be in the best interests of the many migrant workers who come north during harvest seasons to make as much money as possible, often to send back home.That’s because they could be forced to limit hours to mitigate overtime expenses.

“Hours will go down and there will be less net pay for people,” said Mark Russell of Two of Clubs Orchard in western New York.

He said farmers are worried about losing workers to other states.

Several farm workers made similar arguments in testimony this month.

Though hiring more employees is a common strategy for reducing overtime costs, farmers say the labor market is tight and hiring workers would require farmers to invest in more housing.Farms routinely provide free housing to workers.

Worker advocates dismiss farmers’ dire predictions, noting that other industries have adapted to overtime and that New York farms have already adapted to higher minimum wages and 60-hour overtime.

“If there’s one lesson to glean from this pandemic, it’s that those who compromise their health, safety and well-being to keep our essential industries going deserve dignity and respect,” Emma Kreyche of the Worker Justice Center testified recently.

Trending News Here’s how long it will take to get your tax refund in 2022 What’s behind the push for a fourth stimulus check United launches pilot academy to address staffing shortage The IRS wants your selfie.ID.me CEO says don’t worry about it.Gas stoves worse for climate than previously thought, study shows Download our Free App For Breaking News & Analysis Download the Free CBS News app.

Sat Jan 29 , 2022
Inflation is straining household budgets and sharply raising costs for employers, federal data released on Friday show. A measure of prices that is closely tracked by the Federal Reserve rose 5.8% last year, the sharpest increase since 1982, as brisk consumer spending collided with snarled supply chains to raise the […] 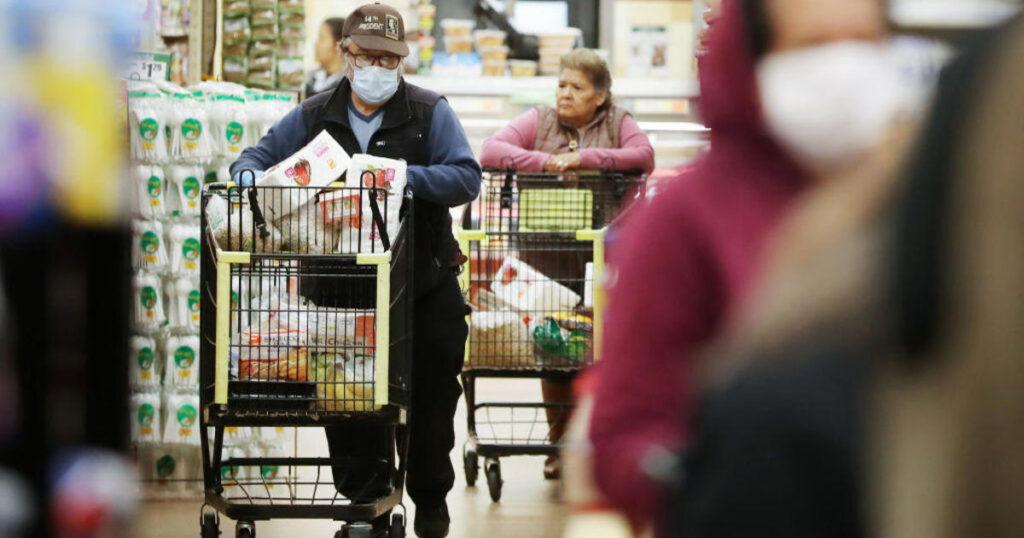