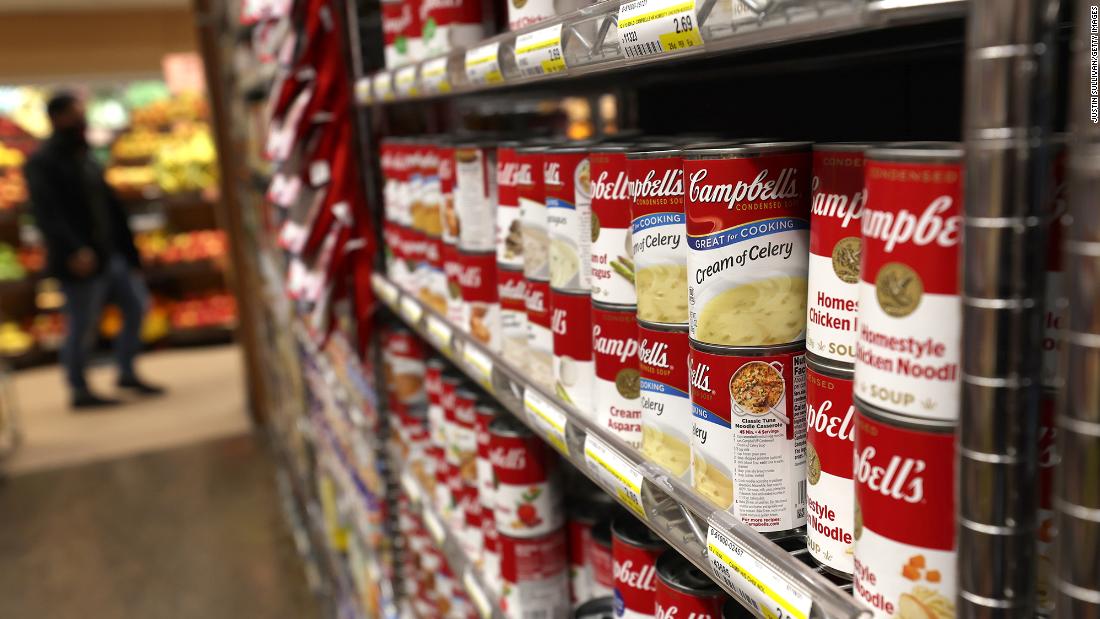 Why do grocery staples keep rising with no end in sight? Blame the supply chain , the ongoing labor shortage and Covid.”A lot of that is actually a delayed reaction from the [issues and volatility] that the supply chain has been feeling for the last several months,” said Doug Baker, vice president of industry relations for FMI, The Food Industry Association.

“They put off as long as possible, and now we’re going to feel the effects of that for the next few months.” The number of cargo ships parked off the California Coast hit a record high in January, with nearly 100 still waiting offshore, even after the ports of Los Angeles and Long Beach unloaded 13% more containers than ever before in 2021.Read More The cost of labor, fuel, ingredients, packaging, and transportation keep skyrocketing, driven largely by the worker shortage and a massive spike in demand for goods.”The extraordinary cost pressure that we’re seeing across all different business right now is landing in that last resort, and that’s why you’re seeing the inflation,” said Tony Sarsam, CEO of food distributor SpartanNash.Omicron is adding to price pressures, peeling workers from warehouses, processing facilities and grocery stores.For example, US pork production dropped 8% in the week ended January 14, with many employees either sick or quarantined.Disruptions everywhere With fewer workers, distributors are cutting deliveries to some grocery stores by 20% to 40%.

Fresh Encounter, an Ohio-based grocery chain, says more than 40% of orders have been delayed or canceled.”It’s been whack-a-mole.It’s one item one day, and then a completely different segment the next,” said Fresh Encounter CEO Michael Needler Jr.”Obviously, our customers are frustrated when they can’t get their items, but hopefully we’re able to have a substitute item for them.” A recent survey found 37% of customers are “very concerned” about grocery shortages, which they’ve seen on items like pet food, paper goods and cream cheese.

Various items have come in and out of stock throughout the past year.Right now, soft drinks are one of the hardest products to find on the shelves.”We’ve had issues with some sweeteners, where they’ve been delayed, and we’ve had issues with cans and glass,” said Norm Snyder, CEO of beverage company Reed’s, adding that the labor shortage has been the biggest obstacle, especially during Covid surges.”You have a group of people that are all working in close proximity to one another,” he added.

“If one person gets sick, the protocol, because everyone’s exposed, is to shut down.So, we’ve had several instances where lines have been shut down for one or two weeks.” The Biden Administration says it is working to ease inflation, accusing some of the largest meat processors of raising prices just to drive up profits.But experts are projecting more grocery price hikes ahead.”We’re going to continue to see supply chain disruption and we will continue to see periods of inflation, at least for the next several months, as the industry continues to recalibrate,” FMI’s Baker said.

What you can do about it Beth Moncel, who runs the blog BudgetBytes to teach people how to cook on a budget, offered several tips for grocery shoppers.”You have to be really strategic and intentional,” Moncel said.”Planning is probably one of the best ways to save money on groceries.” Moncel suggested shoppers peruse grocery sales flyers before shopping, join store loyalty programs and plan meals around cheap, filling items like rice and beans as well as shelf-stable ingredients like frozen vegetables.”That’s really going to help you reduce waste,” Moncel said.”And reducing waste is probably one of the biggest areas where you can save money on your groceries because every time you throw food away, you’re literally just throwing money in the garbage.” Deals can be had, if you know where to look.For example, Florida-based supermarket chain Winn-Dixie announced it is lowering the cost of 150 popular items by roughly 18% to ease inflation’s burden on shoppers.

“We work with our national brand partners in selecting those products that mean that much to the customer at this particular time,” said Anthony Hucker, CEO of Southeastern Grocers, Winn-Dixie’s parent company.”Secondly, we have our own brand of products that typically range between 20 and 30% less than the national brand…And the third thing we do is actually absorb some of the costs ourselves.”.

Tue Feb 1 , 2022
The district attorney for Fulton County, Georgia, asked the FBI on Sunday to assess security at her courthouse, in response to comments by former President Donald Trump taking aim at prosecutors investigating his business dealings and conduct after the 2020 election. “Security concerns were escalated this weekend by the rhetoric […] 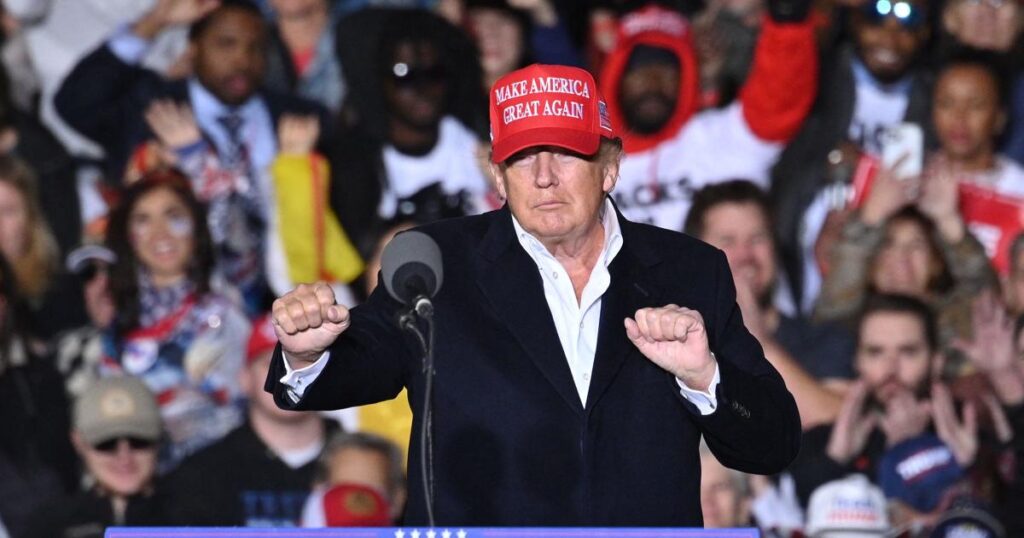