Pfizer CEO Albert Bourla addresses a press conference after a visit to oversee the production of the Pfizer-BioNtech COVID-19 vaccine at the factory of U.S.pharmaceutical company Pfizer in Puurs, Belgium April 23, 2021.

Pfizer projects it will generate record-high revenue in 2022, saying Tuesday it expects to sell $32 billion of its Covid-19 shots and $22 billion of its antiviral coronavirus treatment pill Paxlovid this year.

However, the company posted mixed fourth-quarter results, beating on earnings but missing on revenue.Pfizer’s stock was down more than 5.7% in morning trading.

Here’s how the company performed compared to what Wall Street expected, based on analysts’ average estimates compiled by Refinitiv:

Pfizer CEO Albert Bourla said sales of Paxlovid could be higher than the company’s guidance, but the expectations are based on deals signed or close to being signed.Angela Hwang, head of biopharmaceuticals, said Pfizer is an active discussions with over 100 countries around the world on Paxlovid.

Pfizer’s miss on revenue was driven by lackluster sales in its internal medicine and hospital segments.Fourth-quarter internal medicine sales fell 3% year-over-year to $2.24 billion, while hospital sales were largely flat at $1.88 billion.Pfizer’s oncology sales expanded 7% to $3.24 billion compared with the year-earlier period.

However, Pfizer’s fourth-quarter revenue more than doubled overall to $23.84 billion year-over-year, driven by $12.5 billion in sales of its Covid vaccine.

Bourla said the company plans to aggressively expand the use of the Covid vaccine’s underlying technology, messenger RNA, to treat rare genetic diseases of the liver, muscle and central nervous system through a collaboration with Beam Therapeutics .

Bourla said the company also hopes to reduce the time to produce new vaccines from three months to two months as it explores automated solutions to produce mRNA in collaboration with Codex DNA .Pfizer is also developing a shingles vaccine with BioNTech.

Chief Scientific Officer Mikael Dolsten said a phase two or three study of an mRNA flu vaccine could start this year and conclude in 2023.Pfizer could also have a readout of clinical trials from its respiratory syncytial virus, or RSV, vaccine sometime in the second quarter.

Pfizer started a clinical trial late last month of a Covid vaccine that targets the omicron variant in adults ages 18 to 55.

Dolsten said Pfizer expects data in the coming weeks on the omicron vaccine.Bourla has previously said the company expects to have the vaccine ready by March.

Pfizer and its partner BioNTech also are working with the FDA to expedite authorization of their Covid vaccine for children under 5 years old this month, the last age group left in the U.S.that is not eligible for immunization.The companies expect kids under 5 will ultimately need three doses, but they are working to get the first two shots FDA authorized while they finish trials on the third dose.

Bourla said the eradication of Covid is unlikely because the global spread of the virus makes it difficult to contain and it mutates often.Data also indicates that natural infection does not lead to durable protection needed to prevent transmission and mutations, he said.

In addition, the company also working to ramp up production and delivery of Paxlovid.Bourla said Pfizer expects to produce 6 million courses in the first quarter and 120 million by year-end.

government has ordered 20 million courses, with 10 million expected by June.The U.S.allocated 265,000 courses since the FDA approved Paxlovid in December and 85% of the treatments have been ordered by the states, according to Hwang.Bourla said the states are immediately placing new orders after using the treatments..

Wed Feb 9 , 2022
Pfizer projects it will generate record-high revenue in 2022, saying Tuesday it expects to sell $32 billion of its Covid-19 shots and $22 billion of its antiviral coronavirus treatment pill Paxlovid this year.However, the company posted mixed fourth-quarter results, beating on earnings but missing on revenue.Pfizer’s stock was down more […] 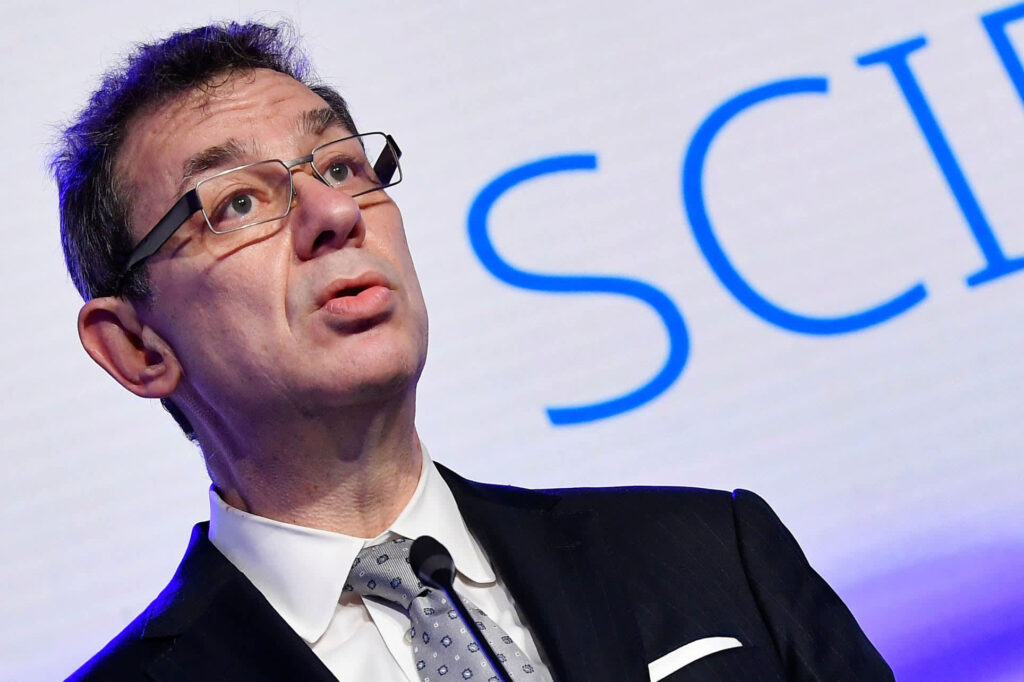