Good morning, or good afternoon, or evening – wherever you are it’s a good day because we have the next round of games coming soon to Game Pass!

For some extra fun, be sure to tune into the / [email protected] Showcase tomorrow, March 16 at 10:00 a.m.PDT for more awesome news and interviews from our friends at [email protected] Who knows, there may or not be some surprises for Game Pass members (you know I’m writing this for a reason).Let’s jump into what’s coming soon! Coming Soon

Shredders (Cloud, PC, and Xbox Series X|S) [email protected] – March 17 Available on day one with Game Pass: Break into the snowboarding event of the year in the hope of scoring a wildcard entry to an exclusive invitational.To prove you’re up to the challenge, master the art of park riding, buttering rails, and massive kickers and earn your place in the world of snowboarding.Also jump in on Xbox One and other devices you already own with cloud gaming via Xbox Game Pass Ultimate.

The Dungeon of Naheulbeuk: The Amulet of Chaos (Cloud, Console, and PC) [email protected] – March 17 Live an adventure filled with humor, surprises, and silly encounters as you step into the wacky heroic fantasy universe of The Dungeon of Naheulbeuk .Lead a team of unlikely and clumsy heroes in this epic and challenging tactical RPG.

Tainted Grail: Conquest (Console) [email protected] – March 22 Available now with PC Game Pass and coming soon to console! Explore the ever-changing maps, fight with deadly enemies, and learn what happened to the cursed island of Avalon in this unique, infinitely replayable, story-driven hybrid between a deck-building roguelike and an RPG game.Create your own combos out of hundreds of cards and learn how to survive in a dark, unforgiving world shrouded by a mysterious, deadly force known as the wyrdness.

Zero Escape: The Nonary Games (Cloud, Console, and PC) – March 22 A group of strangers are kidnapped and forced to participate in a diabolical game of death.Who can be trusted? Tensions rise as the situation becomes increasingly dire.

Can you find a way out of The Nonary Games? Or will you pay the ultimate price?

Norco (PC) [email protected] – March 24 Available on day one with PC Game Pass: Play the southern gothic point-and-click narrative adventure for yourself and explore the sinking suburbs and verdant industrial swamps of a distorted South Louisiana.Your brother Blake has gone missing in the aftermath of your mother’s death.In the hopes of finding him, you must follow a fugitive security android through the refineries, strip malls, and drainage ditches of suburban New Orleans.

F1 2021 (Console) EA Play – March 24 It’s lights out and away we go! EA Play and Game Pass Ultimate members can experience a gripping F1 story, hit the track with their own team and live every Formula 1 fan’s ultimate fantasy as F1 2021 joins a collection of racing games available to play on EA Play.

Crusader Kings III (Xbox Series X|S) [email protected] – March 29 Available now with PC Game Pass and coming soon to Xbox Series X|S ! Live the life of a medieval ruler in Paradox Development Studio’s award-winning strategy role-playing game, Crusader Kings III ! Assume the leadership of a medieval noble family, increasing its power and reputation through the generations.As one ruler dies, they are replaced by an heir who may have very different abilities or interests, forcing you to adjust your long-term plans.

Weird West (Cloud, Console, and PC) [email protected] – March 31 Available on day one with Game Pass: Weird West is a dark fantasy reimagining of the Wild West where lawmen and gunslingers share the frontier with fantastical creatures, each playing with their own rules and their own peculiar motives.Xbox App on PC

Last month, we released a major update for game installation and management which allows you to choose a specific folder for game installation, better game management options, and ability to mod more games.We are continuing to make updates based on your feedback.The next wave of updates is available for all Xbox Insiders to test and provide feedback and will be available to everyone at the end of March.App navigation updates : This is the first in an upcoming wave of changes to improve how you move around the app and access your games.

Later this month, you’ll be able to install and play Rainbow Six: Siege and Rainbow Six: Extraction right from the Xbox app.

To get early access to these new features and more, join the Xbox Insider program .

Lawn Mowing Simulator: Dino Safari – Available now Game Pass members save 10%! Your Lawn Mowing business is starting to take off and you just landed your largest contract yet – Dino Safari, it’s going to be a mammoth task! Work your way around the T-Rex Paddock, Cretaceous Canyon, Herbivore Valley, and the Raptor Enclosure, ensure to maintain a high level of service as you go otherwise the Safari’s manager may have a bone to pick with you! Xbox Touch Controls Added to Nine More Games

Ultimate members, we’ve added Xbox Touch Controls to nine more games ready to play from the cloud today! These games join our growing list of over 100 touch-enabled games with cloud gaming.Jump in on the Xbox app for Windows PCs, Xbox Game Pass mobile app on Android devices, or Xbox.com/play on your Windows PCs and Apple phones and tablets, no controller needed! Among Us .

Thu Mar 17 , 2022
Game Pass started March off with a bang, adding a well-regarded blockbuster ( Guardians of the Galaxy ) less than six months after release, plus one of the best-written games ever ( Kentucky Route Zero ).The rest of the month, in comparison, lacks the big headline punch we’ve grown so […] 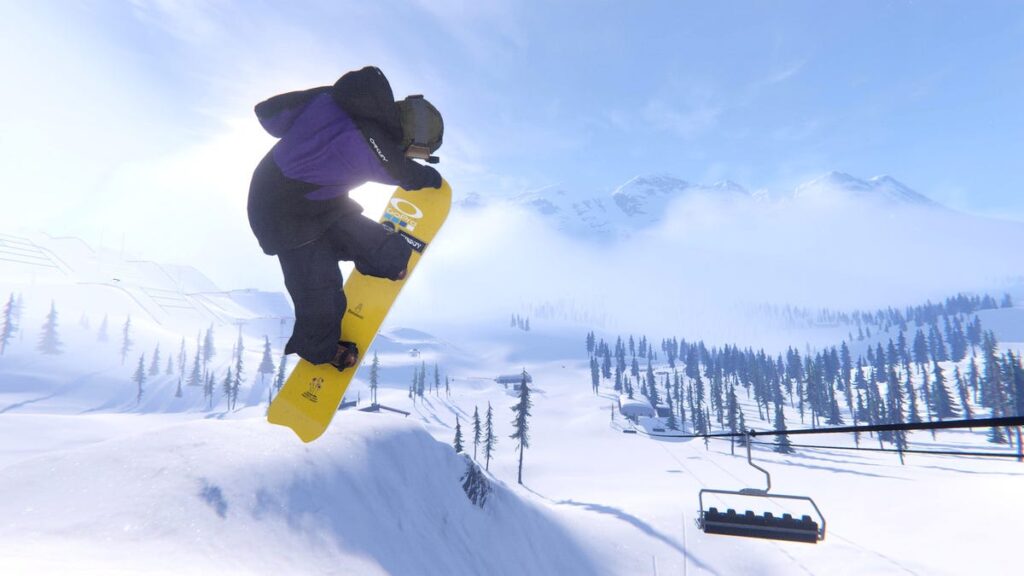