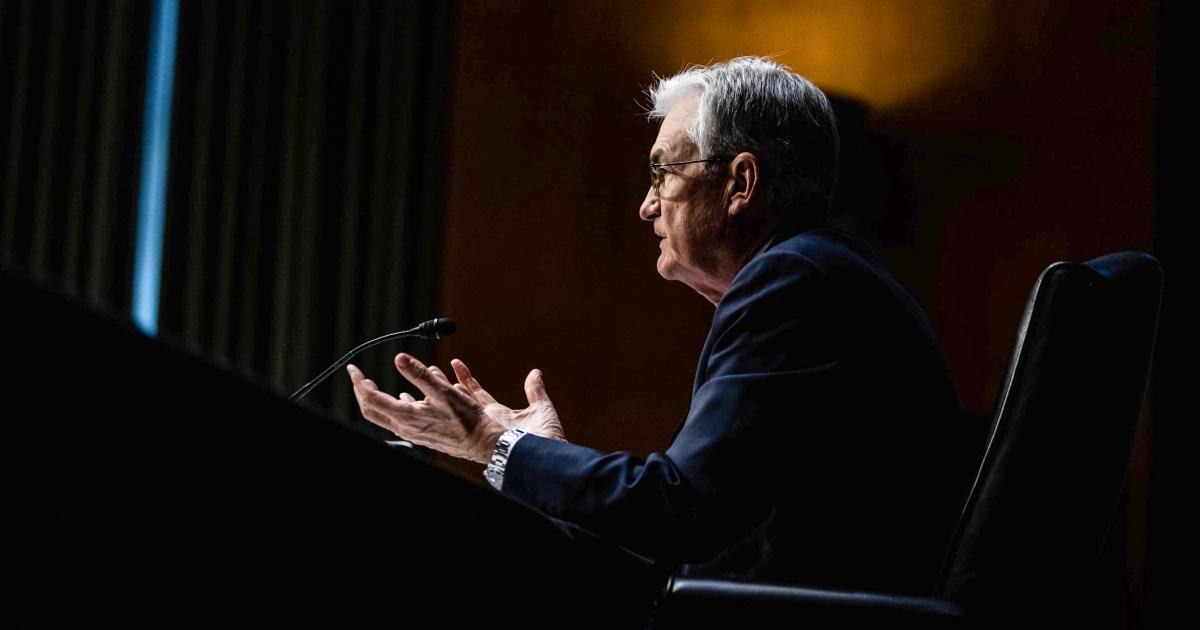 The Federal Reserve said Wednesday that it would hold the line on short-term interest rates, with an eye toward raising them “soon,” and that it would pare the rate of its asset purchases, bringing them to a halt in early March.“The committee is of a mind to raise the federal funds rate at the March meeting,” Chairman Jerome Powell said Wednesday afternoon at a news conference after a two-day policymaking meeting.That would mean the rate hike would come almost exactly two years to the day after the central bank slashed rates to zero in response to the emergence of the fast-spreading coronavirus, which threatened to destabilize the entire financial system.Fast-forward to 2022 and the macroeconomic climate has changed markedly: Today, the greatest economic worry for many is rapidly rising prices of food, fuel, housing and a host of other goods and services.

“It hasn’t gotten better.It’s probably gotten just a bit worse,” Powell said of his current outlook on inflation, compared to what he projected at the last meeting in December.As expected, many of the questions Powell fielded focused on interest rates, which he stressed were going to be the “active tool” the Fed plans to use to tamp down inflation.

According to the CME’s FedWatch Tool, market participants expect a quarter-percentage-point (25-basis-point) rate hike at the March meeting with near-90 percent probability.“I think there’s quite a bit of room to raise interest rates without threatening the labor market,” Powell said, a remark that prompted Wall Street to pare most of the gains it had achieved earlier in the day.In addition to interest rates — its best-known policy tool — the Fed also kept monetary policy loose over the past two years by buying billions of dollars in Treasuries and mortgage-backed bonds every month, a process it has begun winding down.

The purchases have nearly doubled the Fed’s balance sheet over the past two years, and Wall Street is also looking for Fed officials to offer guidance about when and how fast they will begin to pare the amount of those holdings, either by letting them drop off as they mature or by selling them.“What took the market by surprise in December was the notion that they made quantitative tightening a near-term issue,” said Keith Buchanan, the portfolio manager at Globalt Investments.“That introduced to the market the idea of those simultaneous measures, which set the stage for what we saw in January” — specifically, the dramatic market swings and elevated volatility as traders tried to game out the financial impact of policymakers’ growing more worried that inflation would mar economic growth in 2022.A slow trajectory is generally in keeping with the Fed’s measured, deliberate pace of monetary policy adjustment.As an institution, the central bank tends to adopt a long run-up of communication before it acts.But when conditions change quickly, it can leave the Fed playing catch-up — a position that gives Wall Street heartburn and that is one of the culprits market observers blame for the wild gyrations the major indices have undergone in recent days.

“Historically, the Fed is really looking to calm markets …but calming markets after such an intense bout of volatility is going to be difficult,” said David Norris, a partner and the head of U.S.credit at TwentyFour Asset Management.The Fed realized — too late, Norris said — that the price inflation plaguing U.S.businesses and consumers alike was both broader and longer-lasting than it had anticipated.

“I would have liked to have seen the Fed announce an end to quantitative easing in the last quarter, as well as begin starting to raise rates, just because they’re so far behind the curve and quite a long ways from neutral,” Norris said.There were also questions about the timing and the pace of shrinking the balance sheet.Powell said policymakers had not made a decision about those two factors, although he acknowledged that, at nearly $9 trillion, the Fed’s holdings would most likely be subject to a “substantial” drawdown.Mona Mahajan, a senior investment strategist at Edward Jones, said shrinking the Fed’s balance sheet will help unwind such distortions.

“In removing liquidity from the system, where we’ve really seen that play out in markets is giving less air to the more speculative, higher valuation parts of the market,” she said.Even without the pandemic in the mix, the Fed has a delicate balancing act.“There’s a lot of other moving parts that are coming in to the discussion,” said Charlie Ripley, the vice president of portfolio management for Allianz Investment Management.

“Higher wages could continue to make inflation more persistent as we go through 2022.” Markets today need reassurance that the Fed can and will take aim at inflation, lest it escalate further.“The big key for them is to say they’re taking this seriously,” said Lawrence Gillum, a fixed income strategist at LPL Financial.Powell acknowledged the challenges for the central bank, saying policymakers have to navigate cross-currents and what he called “two-sided risks” — inflation on one side, the pandemic on the other.He also noted that the pandemic’s stampede through China, a country largely lacking in immunity to the highly contagious omicron variant of the coronavirus.

With so many potential workers sidelined, companies have been raising pay — which is good news for job seekers but adds to the cost pressures companies face on top of supply chain bottlenecks.“We think generally inflation is set to fall but set to remain elevated compared to pre-pandemic trends,” Mahajan said.

“We’re starting to see early signals that the supply chain disruptions may be starting to ease.Where we’re still watching for improvement is the labor shortages.” Gillum said, “It’s going to be tough to engineer a soft landing,” but he also said clear communication from Fed officials could help soothe a nervous Wall Street.“Rate hikes in and of themselves don’t mean equity markets are going to sell off.It just means that we’re mid-cycle,” he said.“It doesn’t mean the economy is on the brink of recession.”.

Crytek Teases Crysis 4, Nearly A Decade After Its Last Entry

Thu Jan 27 , 2022
Crytek Teases Crysis 4, Nearly A Decade After Its Last Entry Crysis 4 is in development at original creator Crytek, according to a new teaser video. Crytek has teased a fourth entry in its first-person shooter series, [Crysis](/games/crysis/) , posting a short trailer on Twitter. The teaser, which ends with […] 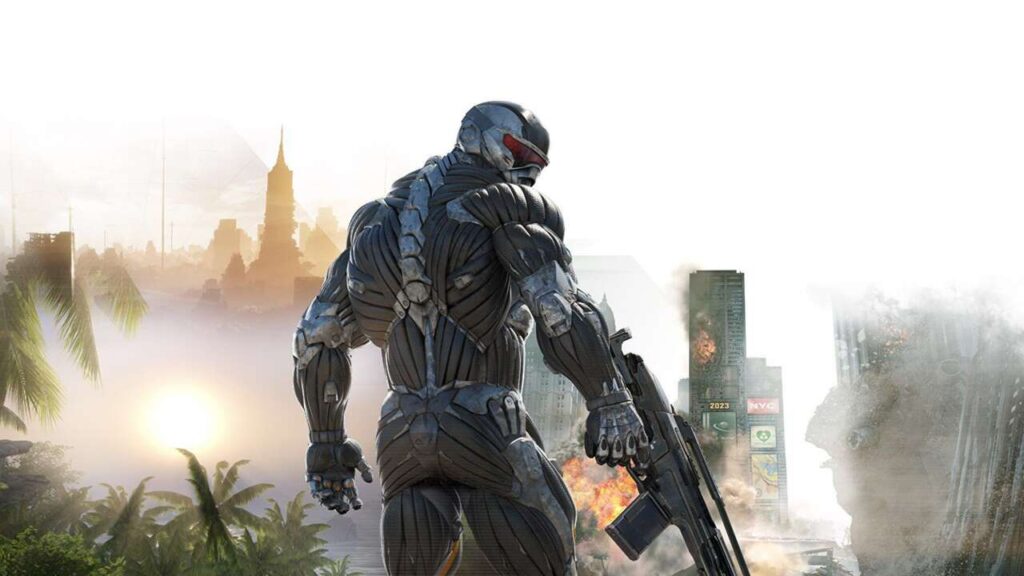