An alleged ring of shoplifters has been busted in California.Authorities have accused the operation of stealing from multiple retailers across the state.The group allegedly targeted stores like Macy’s, Abercrombie & Fitch, and Lululemon.Sign up for our weekday newsletter, packed with original analysis, news, and trends — delivered right to your inbox.Loading Something is loading.

Authorities announced on Monday that nine people were charged over allegations that they were members of an “organized retail theft ring operating throughout California” that targeted brands like Macy’s, Columbia Sportswear, Abercrombie & Fitch, J.C.Penney, and Lululemon.

The bust is just the latest move in ongoing efforts by authorities and retailers to combat organized retail crime .

Organized theft rings often function as shadow businesses, and can be linked to organized crimes.High-level individuals within a ring have been known to hand down shopping lists to low-level, often impoverished, unhoused, or drug-dependent persons.Those professional shoplifters are then tasked with stealing those specific items in order to receive payment.

The latest California ring’s alleged modus operandi matches the organized retail crime playbook.In its statement, Bonta’s office said “the suspects allegedly stole and transported hundreds of thousands of dollars’ worth of goods, held the items, and shipped them internationally.”

In a statement, California Attorney General Rob Bonta said that “nine defendants” were hit with felony charges at the Los Angeles County Superior Court, and five were arrested.

The statement said that California Highway Patrol investigated the case since 2021, and retrieved “$62,000 in cash and $135,000 of stolen merchandise from major retailers.” The group allegedly operated across California, from Los Angeles to Sacramento.Three members of the group were also charged last week on Tuesday over $17,000 of “stolen merchandise.”

Industry experts say the problem is growing in scope.In 2011, the FBI estimated that “organized retail crime” was a $30 billion industry .A 2020 survey from the National Retail Federation found that organized retail theft has seen a nearly 60% increase from 2015, now averaging $719,548 for every $1 billion in sales.

Businesses have taken measures like engineering high-ticket products to fail to work unless they’re properly checked out at the cash register or equipping shopping carts with lockable wheels or even adopting controversial facial-recognition tools that critics say could violate shoppers’ rights .

Retailers have also pushed for stricter legislation around organized retail crime, and have pressed lawmakers to do more about the issue.

Insider reached out to the Attorney General’s office and the various retailers and did not immediately receive any further comment.Previously, Bonta’s office sentenced a Bay Area organized retail theft ring and met with retail representatives and law enforcement officials to address the issue.

“Organized retail theft hurts businesses, employees, and the public — and this criminal activity will not be tolerated in California,” Attorney General Rob Bonta said in the statement.”Today we take another step toward tackling this issue by announcing the arrests and felony charges against individuals alleged to be participants in an organized criminal scheme targeting retailers throughout our state.”

Russian oil tankers are vanishing off the map

Wed Mar 30 , 2022
New York (CNN Business) Russia’s invasion of Ukraine made the country a pariah in the global energy market.Since the war started, a de facto embargo on Russian oil has emerged, with oil companies , trading houses, shippers and banks backing away, all at the same time. Gas prices are high.Oil […] 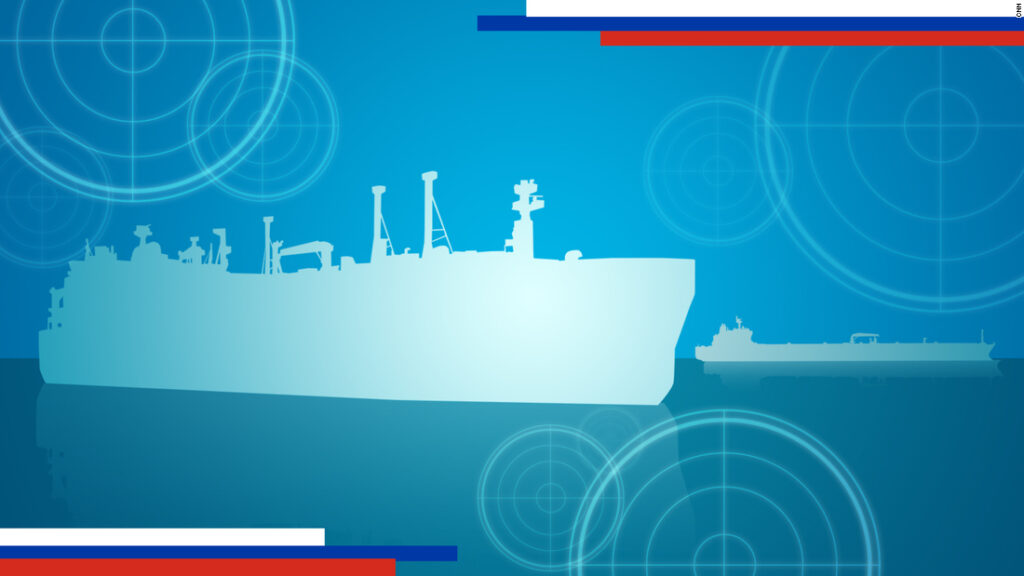