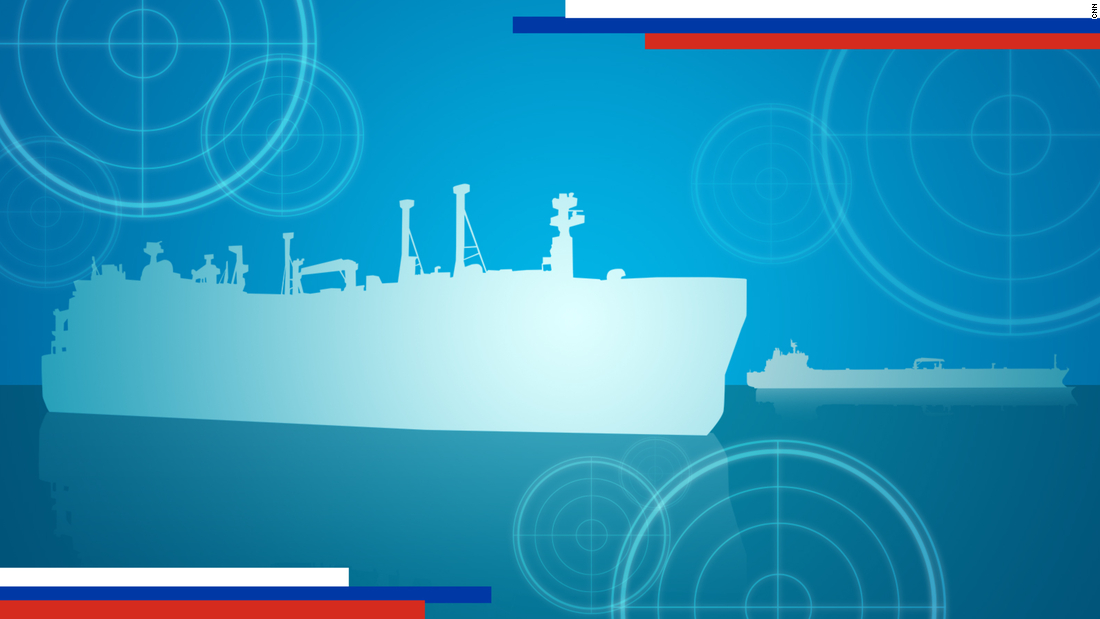 New York (CNN Business) Russia’s invasion of Ukraine made the country a pariah in the global energy market.Since the war started, a de facto embargo on Russian oil has emerged, with oil companies , trading houses, shippers and banks backing away, all at the same time.

Gas prices are high.Oil CEOs reveal why they’re not drilling more Now, however, there are signs that Russian energy is drawing interest from potential buyers, at least in the shadows.As the war in Ukraine drags on, Russian tankers carrying crude oil and petroleum products are increasingly disappearing from tracking systems.So-called dark activity, where ships’ transponders are turned off for hours at a time, has in the past been viewed by US officials as a deceptive shipping practice that is often used to evade sanctions.

Dark activity among Russian-affiliated crude oil tankers is up by 600% compared with before the war began, predictive intelligence company Windward, told CNN.Read More “We’re seeing a spike in Russian tankers turning off transmissions deliberately to circumvent sanctions,” Windward CEO Ami Daniel said in an interview.”The Russian fleet is starting to hide its whereabouts and its exports.” And this is not just happening with crude oil.Similar trends are playing out with other petroleum products, too.During the week of March 12, there were 33 occurrences of dark activity by Russian oil-chemical and oil-product tankers, according to Windward, which uses artificial intelligence to track the maritime industry.

That’s 236% higher than the weekly average of the prior 12 months.’These vessels want to disappear’ International regulations require vessels like oil tankers keep their transponders on almost all the time.In May 2020, the US Department of the Treasury sent a sanctions advisory to the maritime, energy and metals industries to address “illicit shipping and sanctions evasions practices.” The first example listed was “disabling or manipulating” automatic identification systems (AIS) on vessels to “mask their movement.” “AIS manipulation and disruption may indicate potential illicit or sanctionable activities,” Treasury warned.Will Russia use its gas to ‘blackmail’ Europe? We’re about to find out Ships may also go dark for safety reasons, including when traveling through pirate-infested waters.

But Daniel, the Windward CEO, said that is not the reason ships are going dark now.

“These vessels want to disappear from radar.From a compliance perspective, it’s a red flag,” he said.In a statement to CNN, a Treasury spokesperson said the agency is “aware of these reports” and works with partners and through a “variety of methods” to not solely rely on transponder broadcasts to monitor vessels of interest.Taking a page from Iran’s playbook Similar behavior was observed last decade when the United States leveled sanctions against Venezuela and Iran, making it illegal to buy oil from those nations.”Russia is following the Venezuelan and Iranian playbook, with a slight twist,” said Andy Lipow, president of consulting firm Lipow Oil Associates.

Credit Suisse faces US probe after telling investors to ‘destroy documents’ linked to oligarch yacht loans The twist is that, unlike with Venezuela and Iran, the West has not imposed sanctions directly on Russia’s oil.

Yes, the White House banned imports of Russian oil into the United States.But that does not prohibit other countries from buying Russian energy.’Public relations disaster’ Still, the mere stigma of doing business with Russia, along with sanctions uncertainty, has created a de facto embargo.

Analysts say that helps explain the spike in dark activity among Russian-flagged ships.Buyers don’t want to be outed as the ones scooping up Russian oil during the deadly war in Ukraine.”It’s a public relations disaster,” said Robert Yawger, vice president of energy futures at Mizuho Securities.Likewise, shipping companies may want to avoid the scrutiny that comes from handling Russian crude.

“The ships are going dark because they are afraid if they take on Russian business, they will be blacklisted for a period of time and unable to get future business,” said Lipow.And yet there is a financial reason to buy Russian oil right now.Demand for energy is very high and — in great measure because of the sanctions — Russian crude is trading roughly $30 cheaper than Brent crude, the world benchmark.”You’re getting a deep discount,” said Michael Tran, managing director of global energy strategy at RBC Capital Markets.

“The economic incentive is there, if you’re not concerned about sanctions.” Where is the oil going? Research firm Rystad Energy estimates that between 1.2 million and 1.5 million barrels per day of Russian crude oil exports have vanished in the five weeks since the start of war.”The destination of the remaining crude exports from Russia…is increasingly ‘unknown,'” Rystad Energy wrote in a report this week, noting that this mystery oil totals about 4.5 million barrels per day.So who is buying Russian oil? Analysts said there is evidence that refineries in China and India, two of the world’s largest oil consumers and fastest-growing economies, are stealthily buying Russian energy.Jamie Dimon to Joe Biden: We need a ‘Marshall Plan’ for US and European energy security Tran said trading houses may be buying Russian oil and putting the barrels in storage, including “floating storage” on tankers that remain at sea.Beyond dark activity, Windward found that some vessels and companies are still dealing with Russian-affiliated tankers and engaging in ship-to-ship transfers.In 2020, Treasury warned that ship-to-ship transfers, especially at night or in areas deemed high-risk for sanctions evasion, are “frequently used to evade sanctions by concealing the origin or destination” of oil, coal and other material.Despite the war in Ukraine and sanctions on Russia, the number of ship-to-ship meetings that lasted at least three hours between Russian-affiliated oil tankers and other vessels is “relatively normal,” Windward said..

Wed Mar 30 , 2022
Sanctioned Russian billionaire Mikhail Fridman said oligarchs are focused on business, not power.Many Russian oligarchs have been hit with sweeping sanctions over the Ukraine war.Fridman has slammed sanctions against individuals as being unfair and ineffective.Sign up for our weekday newsletter, packed with original analysis, news, and trends — delivered right […]