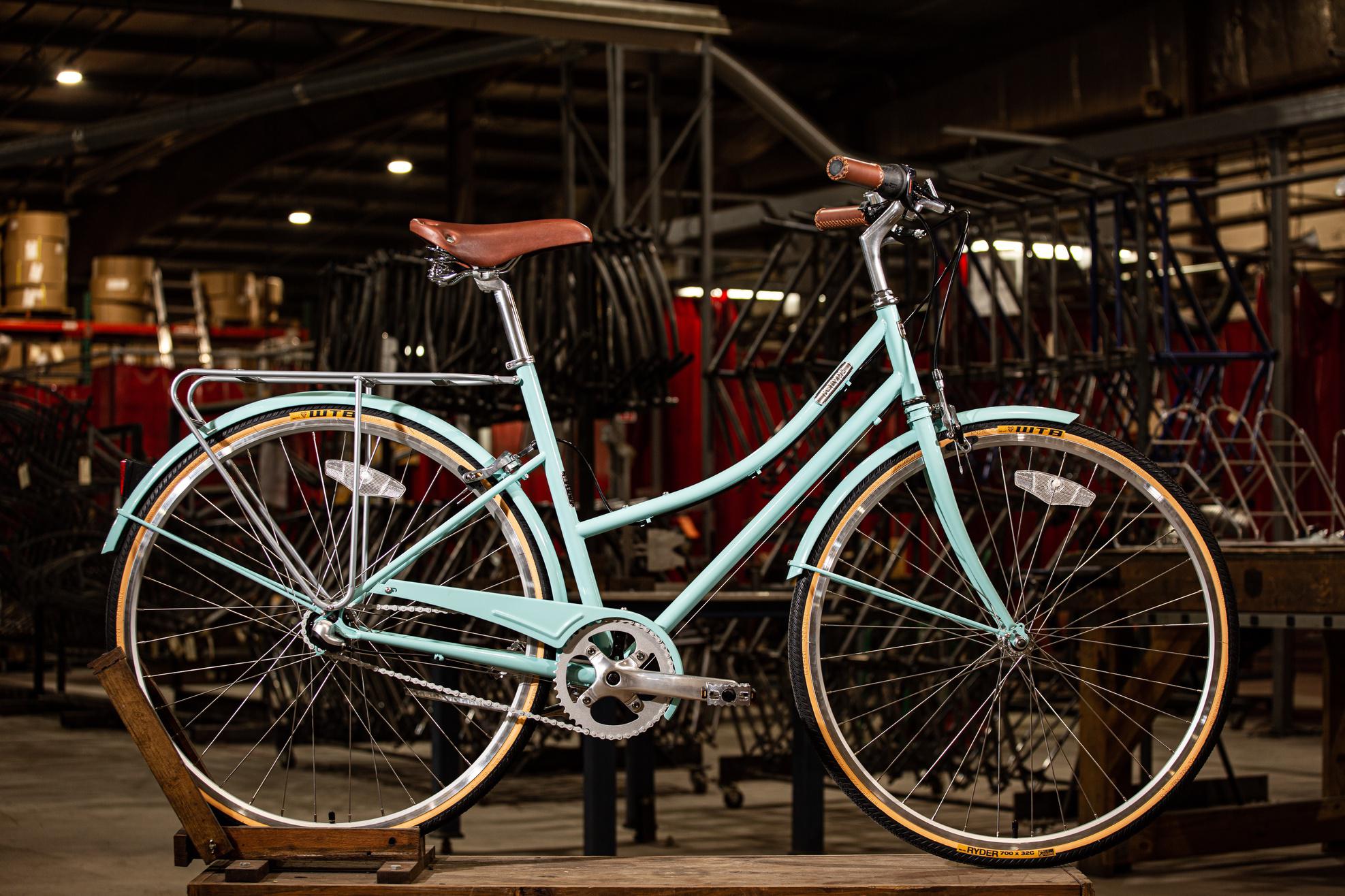 When Zak Pashak founded Detroit Bikes in 2013, it was with an eye toward revitalizing U.S.bicycle manufacturing.Little did he realize then that by establishing his frame-building and bike assembly capacity in the Motor City, he would wind up playing a much bigger part: not only helping reshore bicycle production from Asia back to Europe and America, but expanding the range of bicycles produced here and ramping up domestic development too.

In January, Cardinal Cycling Group of Little Rock, Arkansas, announced its acquisition of Detroit Bikes.The company had previously acquired Time Sport’s frame and bicycle brand, as well as its factory in Gajary, Slovakia (about 30 miles east of Vienna), from Rossignol in early 2021.(Time’s pedal business was sold separately to SRAM.) It’s all part of a strategy to get after the goals mentioned above, one that was dreamed up by French engineer Martial Trigeaud, COO of Cardinal, and American Tony Karklins, the company’s CEO.

“I’ve been in the cycling industry for 35 years,” said Karklins.“I’ve been on a similar path of reshoring with Zak for the past few years.

We met at a show in Taiwan and kept up with each other.It was back in 2018 that I first started thinking about buying Detroit Bikes, and a few months ago it became a possibility.”

“I’ve known Tony for years, and always enjoyed talking to him,” said Pashak, who will continue to work at Detroit Bikes.

“We decided we would look at how his group could come in.They love American-made, and they love keeping jobs here.”

MORE FOR YOU Germany’s Renk Group Seeks To Revitalize An Iconic American Defense Manufacturer What Drives Newly Minted CRISPR Unicorn Mammoth Biosciences A Million Parts Using 3D Printing? Mantle’s Printed Tooling Powers Mass Production Karklins got his start in the cycling world as a bike shop owner in Little Rock, before moving into manufacturing.“I spent 19 years in retailing,” he said.“Then I took a job with Orbea [a maker of road, mountain, triathlon, and urban bikes, as well as e-bikes] in Spain.

I ran their joint venture here in the U.S.for 15 years.It grew huge.Then I saw all the factories here close when carbon fiber came along.

It broke my heart.”

So he knows his way around every corner of the bicycle business.He’d previously founded HIA Velo in 2016, when the assets of Guru Cycles, a maker of custom carbon fiber bicycles in Montreal, Canada, went on the auction block.“We won the auction and took everything down to Arkansas,” said Karklins.He wound up with the tooling, machinery and intellectual property to make composite frames.“We had to learn to run things with labor costs that were ten times those overseas.Meanwhile, Zak was doing the same thing in steel.”

Karklins and Trigeaud founded Cardinal just prior to their purchase of Time.The one-two punch of the Time and Detroit acquisitions has quickly built an impressive slate of capabilities for the new company.“When we bought Time, it was great timing, because they were the only company with a composite frame factory at scale in Europe,” explained Karklins.

“Now it’s a mess getting anything from Asia, with closed factories and $25,000-per-container shipping costs.And now with Zak, we acquired another brand, and the largest steel-frame bike manufacturer in the U.S., plus Zak had evolved his business into large-scale assembly as well.”

With Cardinal already established in the road bicycle market with Time, the company plans to leverage the Detroit Bikes acquisition to move into other categories.“We’re focused on three things with them,” Karklins said.“First, we want to expand their urban brand.Second, we want to focus on e-bike development, with the plan to make them in Detroit.And finally, we want to take their frame-building up-market.

They’re a great fit for things that are trending up, like gravel bikes and hardtail mountain bikes.And with prices going super-high, there’s a need for mid-scale steel road bikes too.”

The reshoring focus is a big driver for the business as well.“There are 200 to 300 bikes in one container,” said Karklins.“So when you can’t get your container over here, that changes the game.There’s a lot of action in the market now­–other brands could be moving to Detroit.

Great brands are having huge difficulties, and here we are with manufacturing capabilities right here in our own country.We are searching for other brand acquisitions or collaborations that can benefit from our Detroit capacity.”

Pashak, meanwhile, is thrilled by the new possibilities the deal brings.“There’s more to it than just a business,” he said.“I always wanted to do something creative and impactful, something game-changing.This acquisition makes it more real.Our factory is active, making cool products.That’s counter to the narrative, counter to the people who said, ‘You can’t make that here.’”

today are produced outside the U.S., and 83% of them are made in China,” added Karklins.“We are determined to be pioneers for reshoring bicycle manufacturing to the U.S.–it’s what we wake up for every day.”

Where Did All The Frozen Yogurt Shops Go? 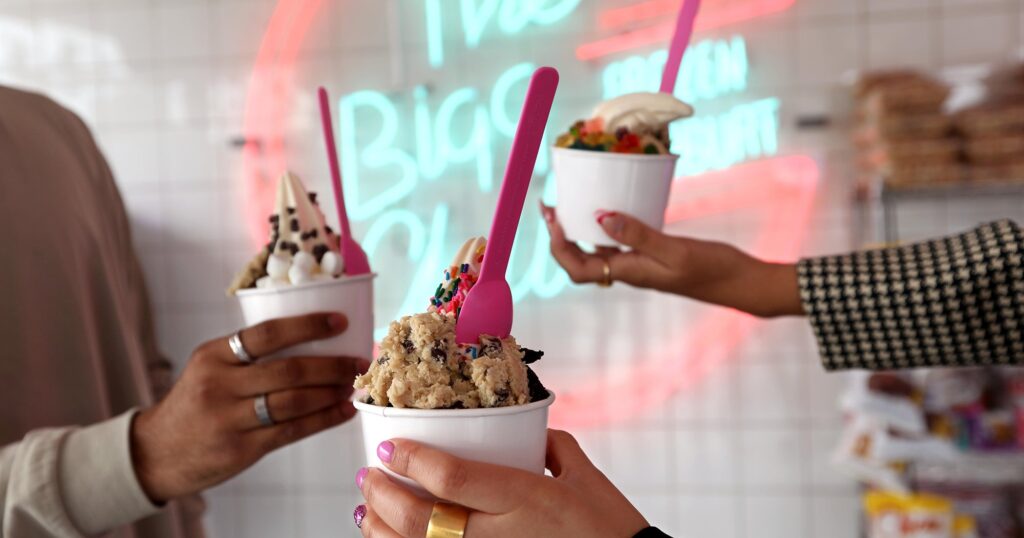