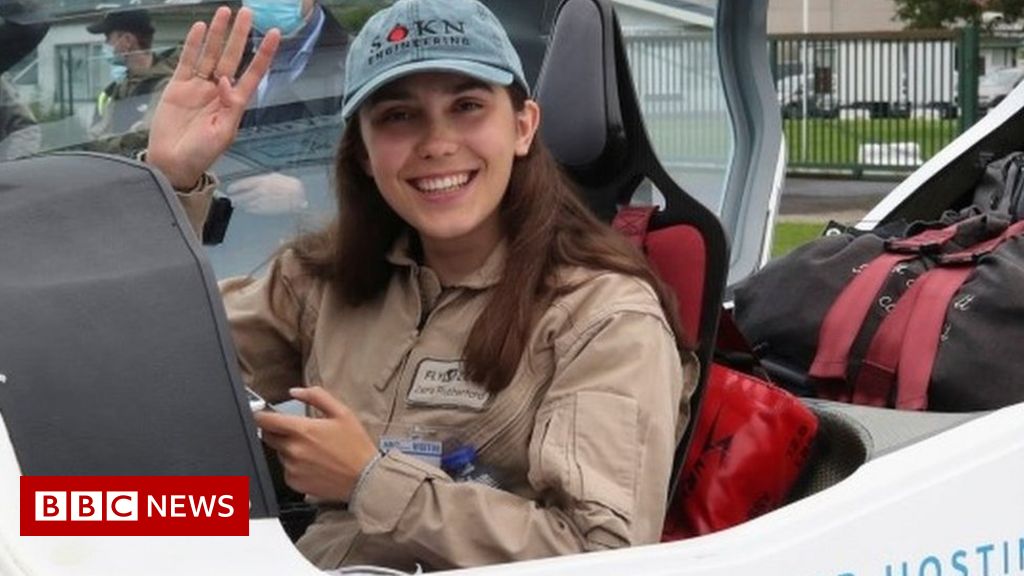 To play this video you need to enable JavaScript in your browser.Media caption, Zara Rutherford, 19, landed at Kortrijk-Wevelgem in Belgium to complete her round-the-world challenge A teenage pilot has become the youngest woman to fly solo around the world following a five-month challenge.

Zara Rutherford, 19, landed in Kortrijk-Wevelgem in Belgium, two months later than planned as a result of adverse weather.

During the trip she spent a month stuck in Nome, Alaska, and 41 days in Russia.

On her return to Belgium, the former pupil of St Swithun’s School, Winchester, was greeted by her family, journalists and well-wishers.

She was accompanied in her landing by four planes from the Belgian Red Devils aerobatic display team.

After landing, she wrapped herself in British and Belgian flags and told reporters: “It’s just really crazy, I haven’t quite processed it.”

Image source, Reuters Image caption, The Shark UL ultralight sport aircraft was accompanied by the Belgian Red Devils before landing She told a press conference she was “so glad” she took on the challenge of flying 32,000 miles (51,000 km).

“The hardest part was flying over Siberia – it was extremely cold and if the engine was to stall I’d be hours away from rescue.I’m not sure I would have survived,” she said.

“I’m looking forward to telling people about my experiences and encouraging people to do something crazy with your life.

“If you have the opportunity – go for it.”

Image source, Reuters Image caption, Ms Rutherford was interviewed by journalists on arrival in Seoul The circumnavigation included more than 60 stops across five continents, and began on 18 August.

The British-Belgian aviator, whose parents are both pilots, said she hoped to inspire other girls to get into STEM (science, technology, engineering and maths) occupations.

The challenge was made possible by sponsors including her former school in Hampshire, and Shark – the Slovakian manufacturer of her Shark UL aircraft.

Her former school was among the first to congratulate Zara, tweeting it was “super proud” of her achievement.

Huge congratulations to our 2021 Head of Finlay, Zara Rutherford, who has just set a number of world records by completing her round-the-world flight! Super proud of her work to promote STEM subjects to girls around the world.#StSwithunsgirlsflyfurther #GirlsWhoCode @fly_zolo

— St Swithun’s Finlay House (@StSwithunsFin) January 20, 2022 The BBC is not responsible for the content of external sites.View original tweet on Twitter Image source, FlyZolo Image caption, Extreme weather meant Ms Rutherford was stranded in Ayan for a month Previously, the youngest woman to fly solo around the world was American Shaesta Waiz, who was 30 at the time of her challenge in 2017.

The youngest male record holder was 18.

Image source, FlyZolo Image caption, The young pilot carried out aircraft maintenance in Jakarta The journey was expected to take three months, but numerous weather delays had a knock-on effect and caused her Russian visa to expire as the Siberian winter approached.

When she arrived in Nome, only three out of 39 flights had gone to plan, and she had to wait while her passport was relayed by air to the Russian consulate in Houston.

But, even with her new visa, it was a further three weeks before she could cross the Bering Strait.

Image source, Reuters Image caption, The teenager, who comes from a family of pilots, began training when she was 14 During a video update posted on Instagram, she said: “It is -18C and my hands are literally so cold.I’ve been here for almost a month.

“I’ve been keeping busy, I’ve been applying to universities and keeping the plane ready to go.

“The weather hasn’t been great.

Once in Siberia, where temperatures were as low as -35C on the ground and -20C in the air, a mechanic blocked up some of the air intakes on her aircraft to keep the engine warm in the extreme cold.

Image source, FlyZolo Image caption, It was unclear how the aircraft would perform in the extreme cold But, despite the tweaks, Ms Rutherford was grounded in Magadan for a week, then in Ayan for three weeks.

And after the weather forced an unscheduled stop at Bandar Udara Rhahadi Osman in Indonesia, she slept in the terminal for two nights because she lacked the necessary paperwork to leave the airport.

Despite the setbacks, and after spending Christmas and New Year away from her family, the teenager appeared happy and smiling in her Instagram updates.

She said one new challenge involved flying through wildfire smoke in California.

While in Veracruz, Mexico, she experienced an earthquake in her sixth-floor hotel room.

She said: “Suddenly the building started to sway.I don’t think I’ve ever run faster down the stairs.I was really expecting the most dangerous part of this trip to be in the air.”

She said: “As if the actual flying and navigation were not challenging enough, she had to contend with extreme weather and tricky bureaucracy.

“We are immensely proud of the good humour and resilience that she has shown throughout.

“Fifty of our own students have been inspired by Zara to have a go at flying, and I am sure that her example will serve as inspiration for many more young women around the world.”

Flying planes before being able to drive

Fri Jan 21 , 2022
The eruption of the undersea volcano in the South Pacific on Saturday was so loud, many Tongans could not hear and had to signal to each other while evacuating, according to an eyewitness.”The first explosion…our ears were ringing and we couldn’t even hear each other, so all we do is […] 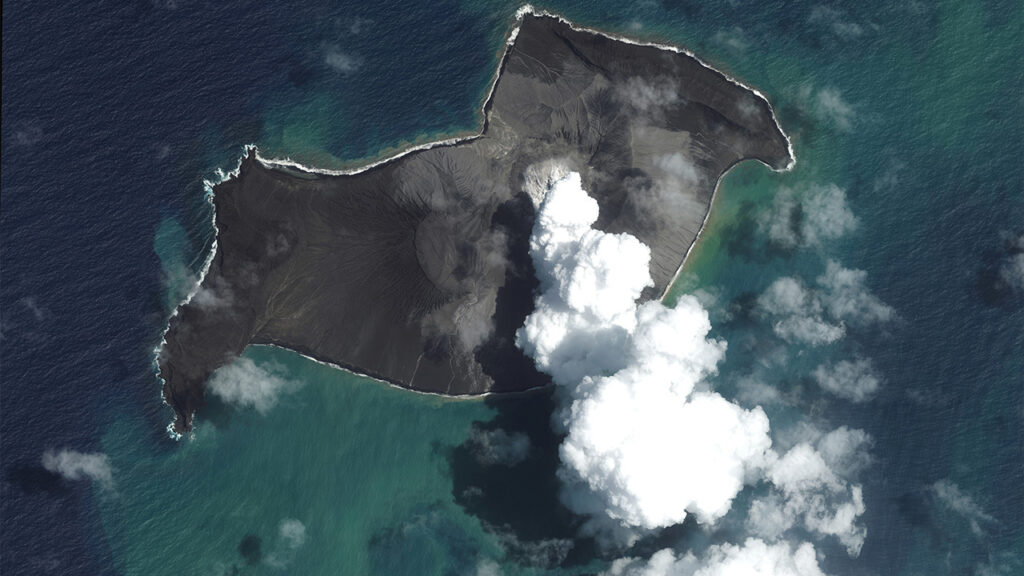