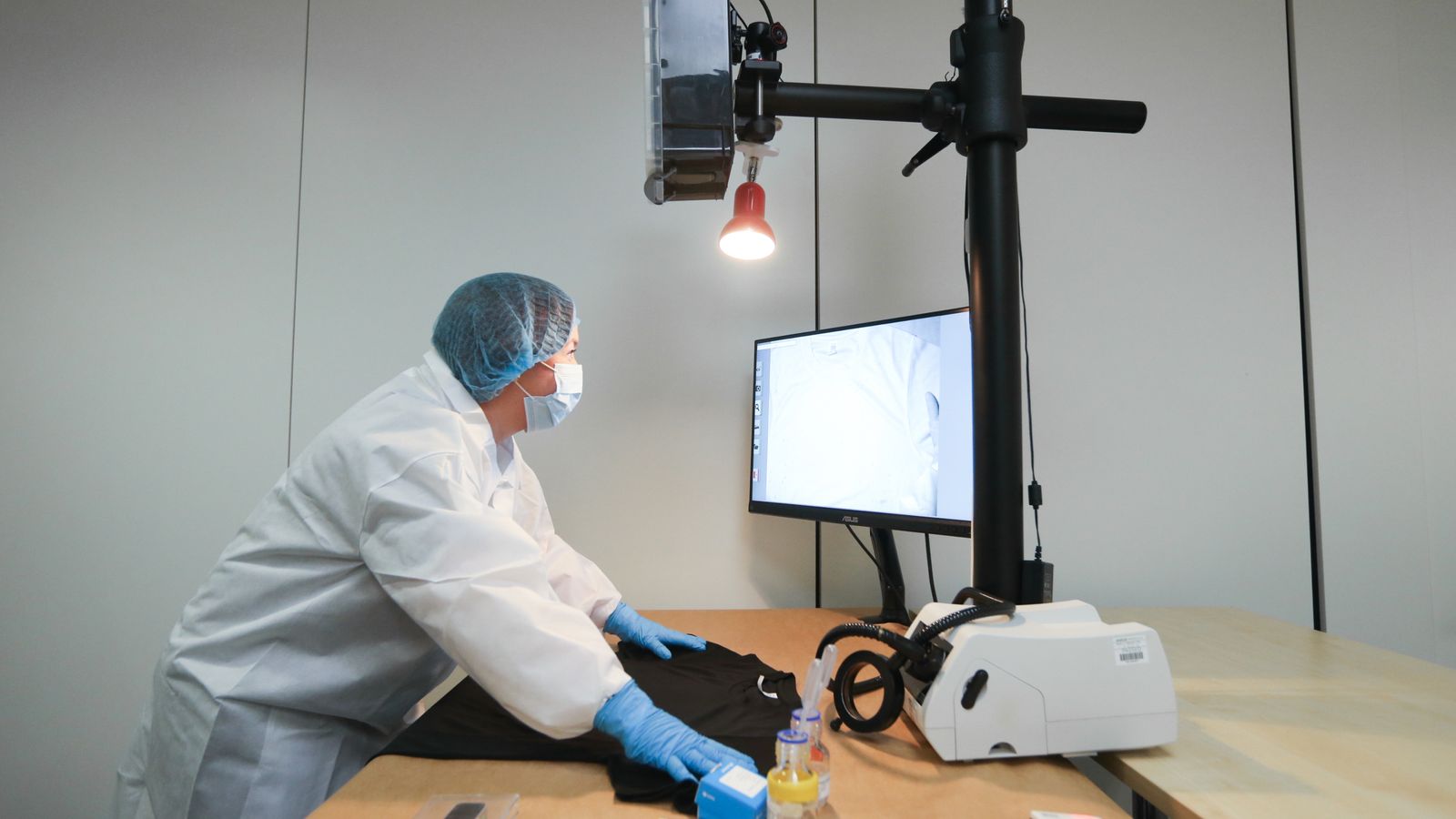 New forensic technology has been developed to spot specks of blood on dark clothing in a matter of seconds, which can quickly identify or eliminate suspects.

Traditional methods, which have been used for 100 years, involve hours of painstaking examination under a microscope – which could take days and even weeks.

Developed by the Metropolitan Police, the new infrared (IR) technology speeds up the process, spotting blood almost immediately in some circumstances, even if it is less than a millimetre in diameter.

Image: Blood can be seen on a black shirt using new infrared blood seach technology These tiny spots of blood can often be crucial evidence.

It comes as an increasing number of violent crimes in London are being committed by people wearing dark clothing and blood needs to be found rapidly for DNA testing.

Advertisement Alan Tribe, the Met’s director of forensic operations, said forensic scientists have been looking for bloodstains since around 1813, and since then identifying blood on dark clothing has been a challenge.

“We know that the dynamics of some violent offences in London are that we see stabbings in the street and we would look for the transfer of bloodstains between items of clothing,” he said.

More on Crime Cheltenham: Man appears in court accused of murder after bodies of his parents found 15 miles apart

Manchester: Woman, 71, dies after she was struck by a car being chased by police

Related Topics: crime “Increasingly as we look around the streets of London, we’ll see that dark clothing is favoured.

“It’s pretty routine for us to see black t-shirts, dark vests, dark puffer jackets, dark hoodies appearing as items that we need to search for blood.”

He added: “We know it is extremely difficult to look for them on certain fabrics in certain ways.

“So, we have developed this technology in response to that to try and find a better way to move on from those decades-old techniques looking for blood stains.”

The new technology revolutionises the ability to search dark clothing for blood stains through a purpose-built, super high-resolution camera.

Using the camera, forensics examiners are able to view a large area of material at one time – the equivalent to an A4 sheet of paper, rather than poring over small sections with a light.

The blood appears black while the dye in many items of clothing makes them appear fluorescent, creating a negative image.

Image: A forensic examiner uses a pen to gauge scale using the traditional method of blood detection Developed by the police force over two years, it also uses hands-free technology to control the camera and on-screen menus to minimise contamination.

Since June last year, IR has been used for around 40 submissions of evidence, which has speeded up investigations.These cases have not yet come to court.

Dr Andrew Hart, a senior forensic scientist in forensic services in the Met, said: “Infrared light is on the borders of the sort of white light spectrum – it’s towards the higher end so we can see some infrared but then it becomes invisible later.

“At night time when you look at your CCTV camera, you see the grey image and their clothing can reflect navy and white.

“The dye is reflecting infrared and turning it white, and blood has a certain absorbance property so it absorbs infrared and appears dark.”

However, the traditional method of using a microscope is not completely defunct, as some fabric dyes will not reflect infrared light.

The Met is now working towards creating a more portable version of the technology so it can easily be used at crime scenes.

Could the latest La Nina forecast provide clues into the coming hurricane season?

Thu Mar 17 , 2022
© Provided by AccuWeather A satellite image showing Hurricane Ida bearing down on the U.S.Gulf Coast early on Sunday, Aug.29, 2021.Meteorologists have an abundance of items in their toolbox for crafting long-term forecasts, and forecasters have just received new insight into one of the most influential, and most well-known, climate […] 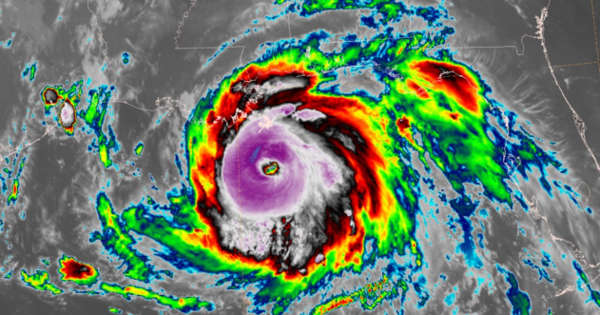