© Provided by AccuWeather A satellite image showing Hurricane Ida bearing down on the U.S.Gulf Coast early on Sunday, Aug.29, 2021.Meteorologists have an abundance of items in their toolbox for crafting long-term forecasts, and forecasters have just received new insight into one of the most influential, and most well-known, climate patterns on Earth.A recent report from the National Oceanic and Atmospheric Administration (NOAA) states that there is slightly more than a 50-50 chance that the climatological phenomenon known as La Niña will linger into the summer months.

But will that have any implications on the coming Atlantic hurricane season — and if so, how? Forecasters actively monitor the sea surface temperature trends near the equator in the central and eastern parts of the Pacific Ocean, as these water temperatures have a significant bearing on the weather patterns across the globe.

It is in these waters that the three-pronged natural climate pattern known as the El Niño-Southern Oscillation (ENSO) occurs.ENSO’s three phases are broken down into La Niña, El Niño and neutral.A La Niña phase is characterized by lower-than-average sea surface temperatures over the tropical Pacific Ocean.This process is the exact opposite of El Niño , a phase in which sea surface temperatures rise to above-average levels.

During a neutral phase, the water is neither warmer nor cooler than normal.Like an off-balance seesaw, the state of ENSO goes back-and-forth in an uneven pattern, making it tricky to predict what precisely will happen more than a few months down the road.

Sometimes El Niño will be a powerful force before the balance shifts back to La Niña for a while.When sea surface temperatures are close to average, the seesaw balances out, resulting in a neutral pattern.© Provided by AccuWeather This animation from NOAA shows the lower-than-average water temperatures (blue) characteristic of a La Niña phase persisting into early March.Dan Kottlowski, AccuWeather’s hurricane expert who has been with the company for more than 40 years, has been closely analyzing the ENSO trends and how that could have an influence on the upcoming hurricane season.

Although scientists look at the Pacific Ocean for determining if there is La Niña or El Niño, what is happening in this part of the world can influence the conditions thousands of miles away over the Atlantic Ocean.La Niña’s most pronounced impact in the Atlantic basin is decreasing the amount of disruptive wind shear that is present in the regions where tropical weather develops.Lower wind shear increases the potential for a higher-than-normal amount of tropical systems.The exact opposite occurs during El Niño with generally higher wind shear, which can hinder tropical development and even tear apart weaker systems that have already formed.

As a result of the forecast wind shear pattern for the Atlantic basin, the upcoming season looks active for tropical development, according to Kottlowski.

CLICK HERE FOR THE FREE ACCUWEATHER APP La Niña was in place for the pair of recent hyperactive Atlantic hurricane seasons in 2020 and 2021 .The 2020 season featured more named storms than any other season in history and was the second and final time that forecasters would tap into the Greek alphabet after exhausting the predetermined list of 21 storm names.Last season featured 21 named tropical systems, and at one point, there was a tropical storm or hurricane in the Atlantic basin every day through mid-August and into the start of October.Hurricane Ida was one of the most devastating storms of the season, peaking at Category 4 intensity and unleashing a deadly deluge across New York City as a tropical rainstorm days after making landfall in Louisiana.

© Provided by AccuWeather Volunteers, employees and family members move water and mud to the sidewalk from Goldberg’s Famous Deli in Millburn, N.J., Saturday, Sept.4, 2021, after the shop was flooded by the arrival of Ida.Flood-stricken families and business owners across the Northeast are hauling waterlogged belongings to the curb and scraping away noxious mud as cleanup from Ida moves into high gear.

(AP Photo/Craig Ruttle) If La Nina persists through September, it would be just the third time since 1950 that the phenomenon was present for three consecutive hurricane seasons .There are already indications that a named tropical system could spin up before the official start of the 2022 Atlantic hurricane season , Senior Meteorologist Paul Pastelok said in AccuWeather’s annual spring forecast.

AccuWeather will be releasing its annual in-depth Atlantic hurricane forecast on March 30.For the latest weather news, check back on AccuWeather.com .

Thu Mar 17 , 2022
U.S.stock indexes closed sharply higher Tuesday, with the S&P 500 and Nasdaq Composite snapping three-day losing streaks, after a smaller-than-expected rise in a measure of wholesale inflation and a slump in oil prices which had earlier soared on Russia’s invasion of Ukraine. Investors continued to monitor developments in the Russia-Ukraine […] 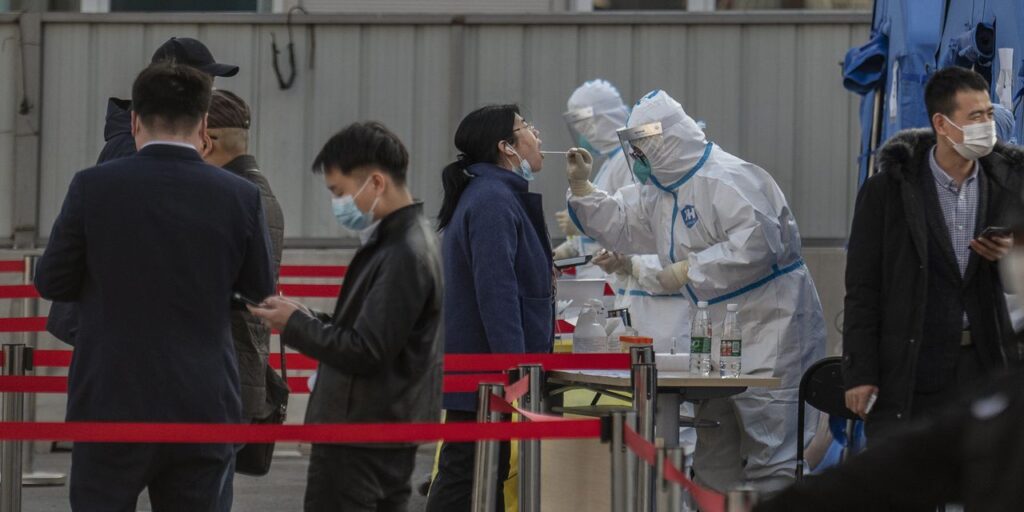