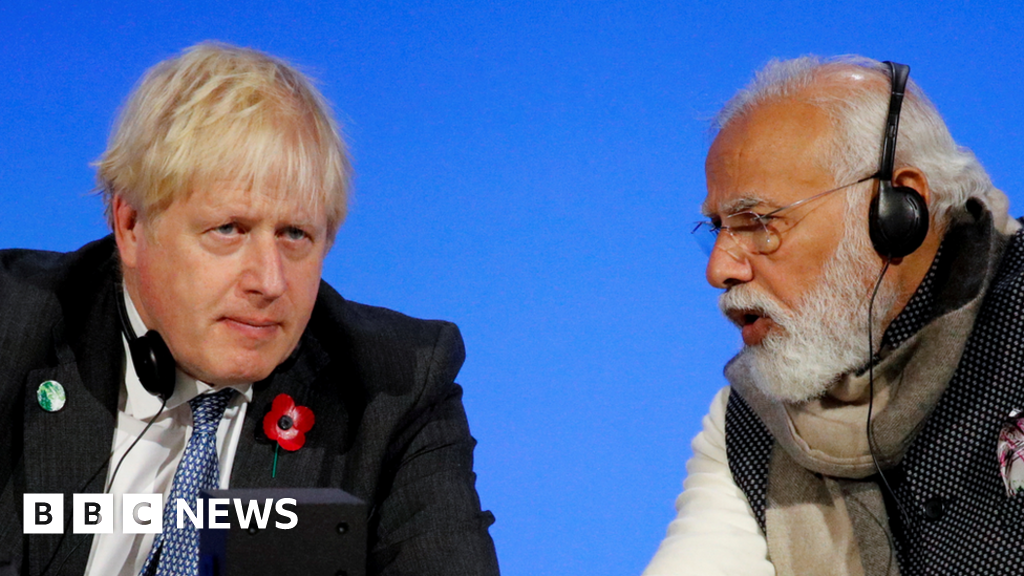 He will meet his counterpart Narendra Modi in New Delhi on Friday, with talks focused on defence and trade.

It will be Mr Johnson’s first major trip to India as PM after previous visits were postponed due to Covid.

The UK has been trying to persuade India to reduce its reliance on Moscow since Russia invaded Ukraine.

Last month, Foreign Secretary Liz Truss visited India in an attempt to get the country to impose stronger sanctions against Russia and to cooperate more closely on trade, defence, energy and food security.

India has not criticised Russia directly since it invaded Ukraine on 24 February and did not condemn the invasion at a United Nations vote on the issue.

Mr Johnson’s trip will also include a visit to Gujarat on Thursday, India’s fifth-largest state, where he is expected to announce a major investment in key industries in the UK and India, as well as new collaboration on science, health and technology.

‘Strategic partner’ Ahead of his visit, the prime minister said: “As we face threats to our peace and prosperity from autocratic states, it is vital that democracies and friends stick together.

“India, as a major economic power and the world’s largest democracy, is a highly valued strategic partner for the UK in these uncertain times.

“My visit to India will deliver on the things that really matter to the people of both our nations – from job creation and economic growth to energy security and defence.”

In April last year, Mr Johnson cancelled a trip to India when the south Asian nation was added to the UK’s red list, meaning people returning from there had to quarantine in a hotel for 10 days.

Initially the government had insisted the trip would go ahead , despite India’s soaring coronavirus cases and the new delta variant.

Instead Mr Johnson said he would speak to the Indian prime minister online, after questions as to why India had not ben put on the red list.

A trip in January 2021 to India was also cancelled due to the UK lockdown.

More on this story ‘Only sensible’ to cancel India trip, says Johnson

5 days ago Why India is not criticising Russia over Ukraine

New Technology Could Lead To First Cure For Heart Attacks

Sun Apr 17 , 2022
Scientists at King’s College London believe their ground-breaking research could lead to the first cure for heart attacks. The research looks at regenerating heart cells, utilising the technology that helped create Covid vaccines. The scientists have tracked the genetic codes, known as mRNAs, which produce proteins that assist in the […]