Before Donald Trump launched his war against energy-efficient appliances, incandescent lightbulbs were on their way out.Federal rules required retailers to take them off their shelves by 2020 and sell replacements that would save customers money and energy instead.

That transition didn’t happen.Now the Biden administration is working to reinstate those rules and a dozen other efficiency regulations weakened under the former president — an unglamorous but effective way to cut energy use and fight climate change.But the Energy Department faces delays, bureaucratic obstacles and a huge backlog of long-overdue standards affecting dozens of household appliances, threatening the government’s ability to slash greenhouse gas emissions.The plodding pace of this work shows how complicated even incremental changes to national environmental policy can be.As of last month, 33 energy efficiency standards for home appliances and equipment including gas furnaces, freezers and clothes dryers are overdue for updates, the department said, after Trump officials failed to act on them for four years.As many as 30 more will come due by the end of Biden’s term.If the administration updates all of them — which would encompass almost every product the federal government oversees — it could make a major dent in the nation’s emissions of heat-trapping gases that fuel global warming.

By 2050, new efficiency standards could prevent up to 3 gigatons of carbon emissions from entering the atmosphere, the rough equivalent of closing between 13 and 25 coal-fired power plants, according to a 2020 report by the energy conservation group American Council for an Energy-Efficient Economy.These upgrades could also save average American households about $100 annually on their power bills by the end of this decade, the analysis found.And at a time when the Senate is split 50-50 and unable to agree on new climate laws, the administration can make these emissions cuts without legislation.But the Energy Department, which is choking on a series of rules enacted under Trump, has done little to tighten outdated standards.

Trump’s quest for more-powerful shower heads is over “Each month of delay is having consequences,” said Andrew deLaski, executive director of the Appliance Standards Awareness Project.“The agency is simply not acting with the urgency that the climate crisis deserves.”Some industry groups are asking the Biden administration to let the weaker environmental rules stay on the books — or at least to delay their repeal.

And others, such as natural gas producers, argue that the government should not adopt policies barring new appliances and equipment from burning fossil fuels.After Biden signed an executive order in January 2021 directing agencies to review Trump-era rules that would obstruct his climate agenda, the Energy Department drew up a list of 13 regulations to revise.Although the president’s order called for this work to be completed by the end of last year, some of the planned rule changes are unfinished.Along with the suspended rule requiring Americans to buy more energy-efficient lightbulbs, a Trump rule weakening standards for dishwashers and another creating a new class of less-efficient washing machines and clothes dryers remain in effect.Energy Department spokeswoman Victoria Vinall said the department had finalized eight efficiency rules in the past year and is working to complete the remaining five.“The department will continue to work with all parties to move these rules through the regulatory process,” she said.In a letter to Energy Secretary Jennifer Granholm last month, environmental and consumer advocacy groups urged the department to move faster, writing that the climate benefits of stronger appliance standards are “too great for any further delay.”The advocates stressed that before the department can address the backlog of outdated appliance efficiency standards, it has to wrestle with the Trump-era rules still blocking its way.Failing to rewrite these rules “will frustrate the progress of the entire [energy efficiency] program,” they warned.Some of the biggest savings and emissions reductions would come from updating standards for the humble incandescent lightbulb, which Trump favored over more efficient bulbs he called “no good.” “I always look orange,” he told Republican House members in 2019.Each month that incandescent bulbs remain on the shelves equates to about 800,000 tons of preventable carbon dioxide emissions that enter the atmosphere over those products’ lifetime, according to the Appliance Standards Awareness Project.Here’s how Biden’s unwinding Trump’s environmental legacy Efficiency advocates and others familiar with DOE’s operations said several things account for the delays.Some of the rules undoing the Trump-era regulations are held up at the White House Office of Information and Regulatory Affairs (OIRA), a branch of the Office of Management and Budget.Both offices are understaffed , and neither has a Senate-confirmed leader, which has slowed the vetting of Biden’s proposed efficiency rules.The Energy Department also isn’t facing a court-ordered deadline.

When Barack Obama became president, the DOE had to move fast to comply with a judicial order in a lawsuit brought by 14 states and advocacy groups.The department has made progress.

It repealed the first of two Trump regulations that imposed new hurdles to setting stricter efficiency standards.And it reversed a rule that lifted limits on how much water could be used in a shower, which Trump complained about at a White House event in 2020.“So shower heads — you take a shower, the water doesn’t come out,” Trump said then.“You want to wash your hands, the water doesn’t come out.So what do you do? You just stand there longer or you take a shower longer? Because my hair — I don’t know about you, but it has to be perfect.Perfect.”Last month, the department undid a rule that allowed retailers to continue selling less-efficient gas furnaces and water heaters.

Now it will be able to set stricter standards, which could cut emissions from most households’ highest energy-using products.In most of these cases, the Energy Department replaced the Trump-era regulations with rules that were previously in place — a simpler and less time-consuming process than writing new, tougher regulations.Although manufacturers did not push for all of the Trump administration’s efficiency rollbacks, they are now fighting some of Biden’s initiatives.The American Lighting Association, a trade group, has asked DOE to postpone fully implementing stricter lightbulb efficiency standards for two years.Commenting on the proposed rule in June, it warned that a faster pivot away from incandescent bulbs to energy-efficient LEDs would result in “major financial losses” for lighting manufacturers and retailers, as well as “a glut of stranded inventory, piling up at individual showrooms and eventually landfills.”The American Public Gas Association, which represents gas utilities, argued that tougher standards for gas furnaces would make them unaffordable.David Schryver, the group’s president and CEO, said many Americans have already switched to furnaces that burn gas more efficiently, and that those who haven’t lack the money.Eliminating the older, less-expensive furnaces from the market could encourage buyers to turn away from gas entirely, he said, and toward electric heat pumps.“If you impose this one-size-fits-all standard, you’re going to encourage fuel-switching,” Schryver said.

“We’re certainly concerned about rulemakings that push people away from natural gas or have the effect of doing that.”By law, the Energy Department is required to review efficiency standards every six years.But some of them have stayed in place for decades as previous administrations missed deadlines to write new ones.The U.S.government hasn’t made significant changes to furnace efficiency requirements since its first one took effect in 1992.Furnaces using older technology that allow much of the heat produced to be lost up the flue are still widely available.Water heater standards, meanwhile, haven’t changed since 2010.And although the Energy Department’s website boasts that LED bulbs use 75 percent less energy and last up to 25 times longer than incandescent lighting, the types of lightbulbs that can be sold today are the same as they were in 2014.Efficiency advocates said they are concerned that if the administration takes years to restore the efficiency rules rolled back under Trump, manufacturers will have even more time to continue producing outdated appliances before they have to comply with the new standards.

Gas-powered furnaces and water heaters sold today could last a decade or two before they need to be replaced, complicating the president’s goal of halving U.S.greenhouse gas emissions by 2030 , compared with 2005 levels.“These efficiency standards are absolutely crucial, both to meeting our climate goals and to saving consumers money,” said Rep.

Frank Pallone Jr.(D-N.J.), chairman of the House Energy and Commerce Committee.“They need to get out the door and finalized as fast as possible.” Sign up for the latest news about climate change, energy and the environment, delivered every Thursday.

Tue Jan 11 , 2022
For millennia, people slept in two shifts – once in the evening, and once in the morning.But why? And how did the habit disappear? I It was around 23:00 on 13 April 1699, in a small village in the north of England.Nine-year-old Jane Rowth blinked her eyes open and squinted […] 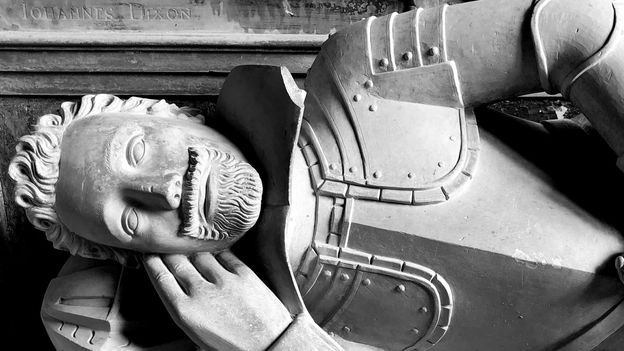