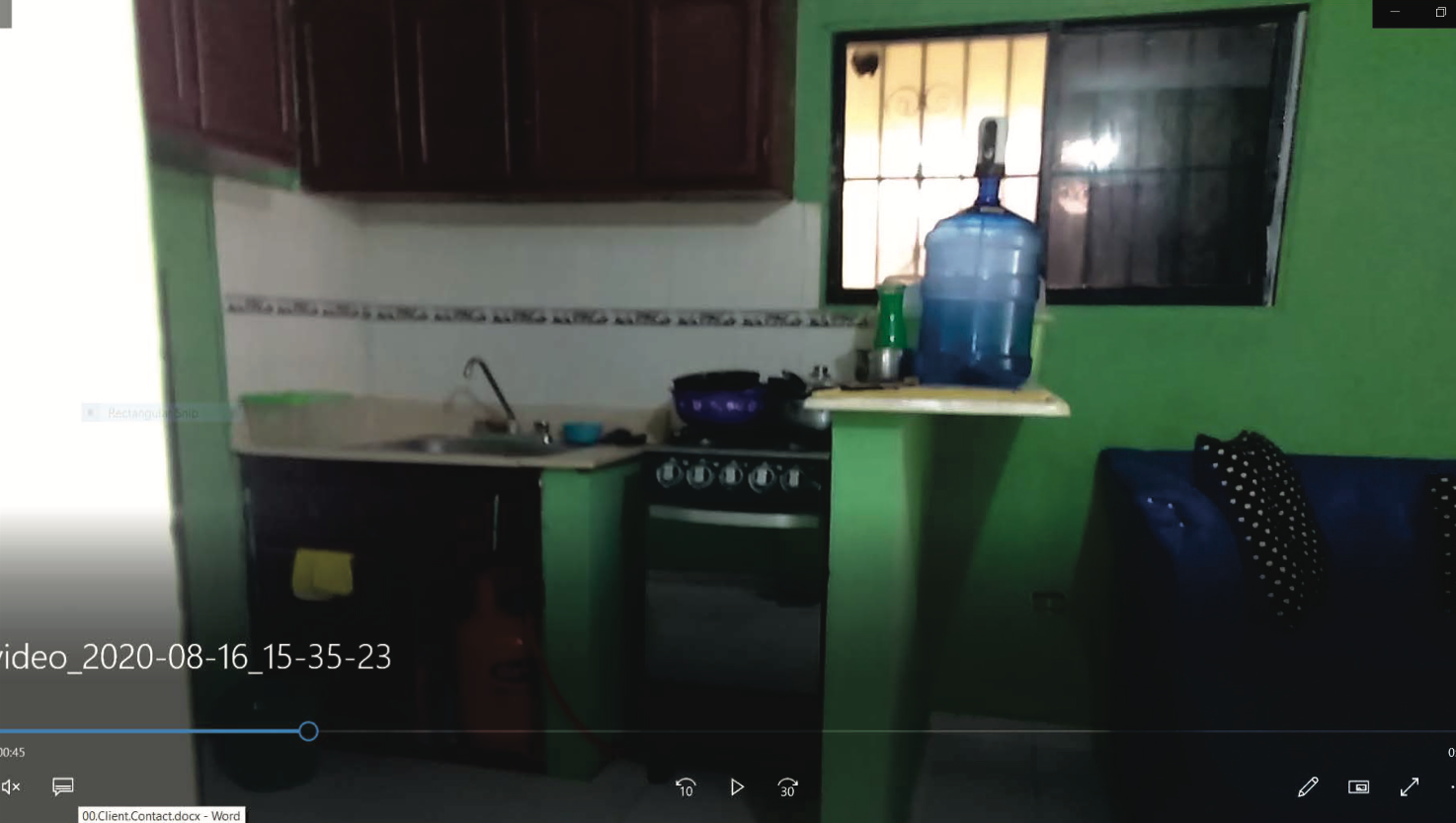 Image: Motherboard The brightest part of Gary Bowser’s tiny apartment is the lime green walls.Beyond that, his home in the Dominican Republic is incredibly sparse, with a fridge and cabinets in one room next to a desk with his computer.The kitchen has a stove, an oven, a large bottle for water, and a blue sofa with speckled cushions.Bowser, it seems, does not have much.

But video game giant Nintendo is expecting Bowser to eventually pay $14.5 million for his role in running websites and developing devices for an organization called Team Xecutor, which let people run pirated games on their Nintendo Switch consoles .Last week, Bowser was sentenced to more than three years in prison and has agreed to pay $4,500,000 in restitution to Nintendo.In a related civil lawsuit that concluded in December, a court ordered Bowser to also pay $10,000,000.

Advertisement Nintendo is notorious for aggressively clamping down on piracy across its games and consoles, including shutting down ROM sites where people can download pirated games.But this case goes a step beyond that, and shows what Nintendo is happy with when it comes to individual sentences; after the case concluded, Nintendo published a press release thanking the U.S.

Bowser isn't expected to pay the millions of dollars immediately, of course.Typically restitution is paid by the subject over a long period of time, with a slice of their eventual paycheck going toward settling the debt.But the staggering amount still goes to show how seriously Nintendo and the U.S.government takes piracy.

In 2020 the U.S.Department of Justice charged Bowser along with Max Louarn, who led Xecutor by recruiting investors and exploit developers as well as establishing Xecutor’s manufacturer with resellers around the world, according to court records.The DOJ also charged Yuanning Chen, who oversaw the management of a manufacturing and distribution company dubbed ChinaDistrib, the court records add.Both Louarn and Chen worked with hackers who had found exploits in games consoles, the documents say.

Although prosecutors described Xecutor as “one of the most prolific video game hacking groups,” and said that Bowser also administered a website called rom-bank.com which contained illegal copies of over 10,000 video games, Bowser’s lawyers Michael Filipovic and Christopher Sanders wrote in a court filing that “Mr.

Bowser was used by Max Louarn,” and explained that Bowser lived a simple life and did not make much money from the enterprise.

Advertisement “Unlike other unindicted conspirators, [Bowser] was not part of Louarn’s social life, which included lavish vacations and parties,” they wrote, entering photos of his apartment as evidence of this.“Unlike Louarn’s lifestyle, Mr.Bowser lived a modest life in a modest apartment.”

While Xecutor generated tens of millions of dollars of proceeds, Bowser was paid $500 to $1,000 a month over the course of seven years to maintain the organization’s websites, the federal public defenders wrote.Neither Louarn or Chen have been apprehended.

Bowser is left to take the full brunt of the government’s argument that the Court must ‘send a message’ of general deterrence by imposing a lengthy term,” the pair of lawyers added.

Do you know anything else about this case? We’d love to hear from you.Using a non-work phone or computer, you can contact Joseph Cox securely on Signal on +44 20 8133 5190, Wickr on josephcox, or email [email protected] .

Team Xecutor started in 2001 with the original Xbox in the grey market hacking scene, according to the organization’s website.More recently, despite launching products for a variety of consoles, Xecutor portrayed itself as a legitimate company, writing “Whereas we have long digressed from trading in areas that have now been made illegal in most countries over the years, our ambition is to continue to produce quality items at an affordable price.”

Advertisement In 2018, the organization started selling a device that ran its own operating system called SX OS, the records say.This is what allowed users to play pirated versions of Nintendo Switch games on their Switch consoles.A user needed to pay Xecutor a license to run the software and then download ROMs online.

The device itself was a combination of a small cartridge-looking piece of hardware that plugged into the Nintendo Switch’s USB-C port, and another that slotted into one of the Switch’s Joy-con slots.The indictment described the tool as a “circumvention device,” which is something that is generally used to bypass a technical measure that protects intellectual property.

In this case, Switch games.

Investigators from the Western District of Washington purchased one of Xecutor’s Switch devices in July 2018, and later in March 2020 installed the SX OS onto Switch consoles.During that time, Xecutor released new versions of its tools, including for the Nintendo Switch Lite.

A photo of Bowser’s home, entered as evidence in the criminal case.Image: Motherboard.

Before joining Xecutor, Bowser created a successful business which made interactive kiosks for the government in Toronto, the sentencing memorandum filed by his lawyers reads.He was the victim of domestic violence from a girlfriend, and another girlfriend of his was murdered.

Advertisement Bowser was charged in Canada in 2004 in a fraud case concerning less than $5,000, the court records say.

In 2018, he contracted lymphedema, likely from a mosquito bite, which “caused morbid swelling of his left leg,” the lawyers wrote.

When Bowser did join Xecutor, he was the only member who did so under his own identity; his colleagues were pseudonymous on the site.In one 2018 email included in the indictment, he wrote that “since this product is both legit and grey area, we [are] hoping this extra advance push with videos of people talking and demo’ing its great range of users, it will help to get more resellers onboard and news coverage on big sites like engadget and ign, and papwork for selling it via Amazon also is ongoing.”

Louarn’s Facebook profile shows him in various places around the world, posing under waterfalls and snapping a photo of a luxurious swimming pool in what he describes as a five-star hotel in Paris.Louarn responded to a request for comment but asked to provide the questions to his lawyers first.He did not provide a response in time for publication.

A photo uploaded by Louarn to Facebook, which he says was of a five star hotel in Paris.Image: Motherboard.

In what Bowser’s lawyers described in a court record as an “orchestrated expulsion from the Dominican Republic,” Bowser boarded a plane for Canada.

During a stop in New Jersey, federal agents arrested him, the court record adds.

A document filed in the civil case against Bowser specifically points to copyright infringement with the Nintendo Switch games Yoshi’s Crafted World , Mario Tennis Aces , and Super Mario Odyssey .It can be difficult to know exactly how many people specifically downloaded and used these games, and in turn what the actual monetary damage caused to Nintendo was.But in the civil suit, Nintendo writes that “​​Through posts on its website TEAM-XECUTER.COM, Defendant has unlawfully displayed nine different individual images of Nintendo’s copyrighted works,” each of which Nintendo is entitled to damages for.

Advertisement In its sentencing memorandum, the DOJ recommended that the judge sentence Bowser to 60 months in prison, three years of supervised release, and “apportioned restitution in the amount of $4.5 million.”

“Mr.Bowser was the megaphone through which Team Xecuter’s products were introduced to the public,” prosecutors wrote.

“Mr.Bowser was the link between the Team Xecutor enterprise and its customer base.This is not a peripheral role but an essential one.”

A photo of Bowser’s home, entered as evidence in the criminal case.Image: Motherboard.

Bowser was essentially a paid employee of Max Louarn, with the added benefit of keeping modest ad income from the website,” they wrote.“Mr.Bowser did not have a proprietary role in the enterprise, and he did not have control over the manufacture of the circumvention devices.The amount of pay he received, and the exposure he had to arrest and prosecution, compared to Chen and Louarn, speaks loudly to the wide disparity in culpability.”

Bowser is a person who wants to be liked, and his generosity is something that others have taken advantage of.In this case, Louarn used Mr.Bowser to be the public face of the enterprise, while Louarn remained in the background.It is now Mr.Bowser alone facing the brunt of this prosecution,” they added.

In the civil case against Bowser, the judgment demanded the “seizure, impoundment, and/or destruction of all Circumvention Devices, including all copies of SX OS.”

Nintendo, for its part, was pleased with Bowser’s sentence.

“Nintendo appreciates the hard work and tireless efforts of federal prosecutors and law enforcement agencies to curb illegal activities on a global scale that cause serious harm to Nintendo and the video game industry,” Nintendo said in a statement published last week after Bowser’s sentencing.“In particular, Nintendo would like to thank the Federal Bureau of Investigation (FBI), Homeland Security Investigations (HSI) of the Department of Homeland Security, the U.S.

Attorney’s Office for the Western District of Washington, the U.S.Department of Justice’s Computer Crime & Intellectual Property Section and the Justice Department’s Office of International Affairs for their significant contribution and assistance,” it added.

The complete Kingdom Hearts series—if such a thing actually

Fri Feb 18 , 2022
The complete Kingdom Hearts series—if such a thing actually exists—hit Nintendo Switch on February 10, though not in an official capacity.The version that’s available on the console-handheld hybrid is a cloud port, meaning you stream Square Enix’s RPG over the internet.Such ports are becoming increasingly common for the Switch thanks […] 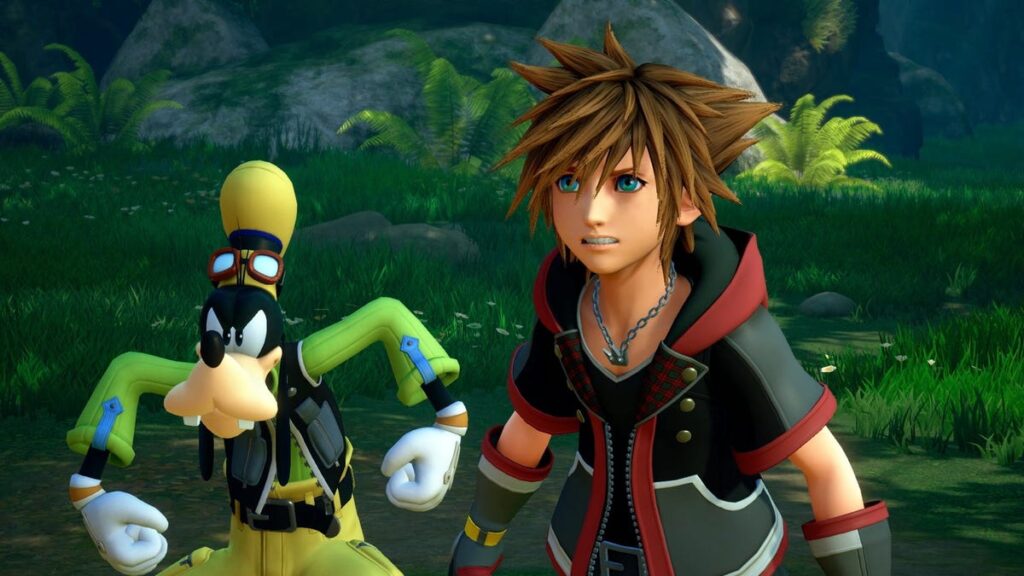