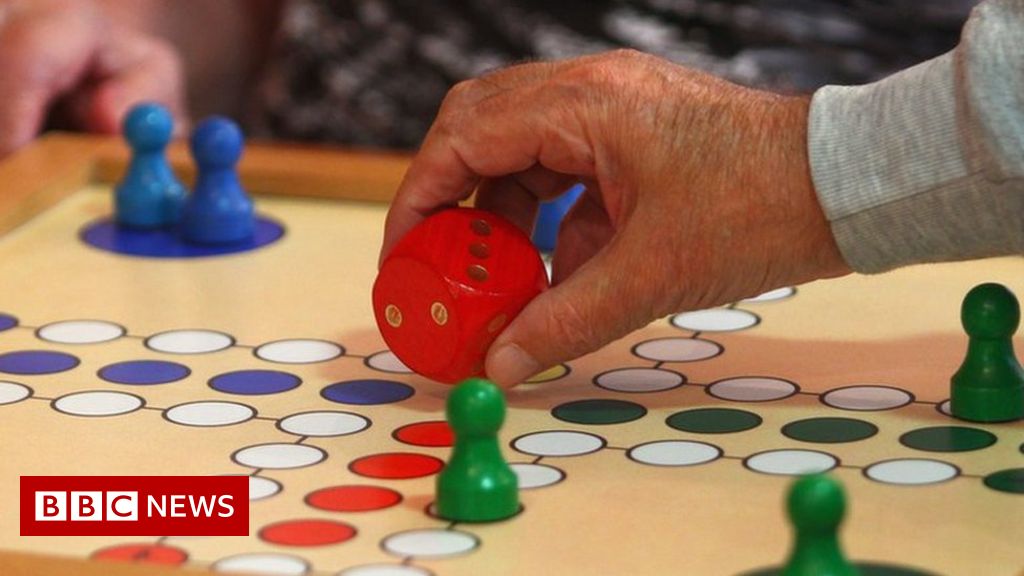 Playtime: Is it time we took ‘play’ more seriously? By Steffan Powell

Many might consider it juvenile to be playing bingo, battleships or Bomberman as an adult.

But from building bricks in playgrounds all the way through to rolling dice in nursing homes, playing is a significant part of the human experience.

Experts suggest that rather than sneering at the notion of adult play, we should be paying more attention to its benefits.

Listen to The Compass: Why We Play on BBC Sounds Play can mean anything, from spending your free time blasting away aliens on your console, to a weekly bridge session at the village hall.

However, it seems more socially acceptable to concede that it helps us as young children.

He explains that they’re “over connected” – there are more links between different neurons in a young child’s brain than there are in an adult one, and as a result their brains are “messier”.

Play helps tidy them up.

“It helps the process of sorting out this messy wiring diagram,” Wass explains.

“You’re making connections between different parts of the brain which haven’t necessarily been connected before and then you’re repeating it.

“It’s through this process of repetition that you’re helping to strengthen the connections between these different brain areas.”

As well as the neurological benefits of play, Wass argues that it helps young children to learn about the world around them by experimenting.

He once saw a class of six-year-olds re-enacting a news report on terrorism they had seen on television the night before.

Image source, Getty Images Image caption, Children in China play with Lego, which is the largest toy company in the world He says: “One of them was the newscaster, the other a camera operator and one was the interviewee.

“It was just amazing to watch because it was children trying to process this very adult concept.

“It was a really important thing they were doing, probably very beneficial in helping to explore what it all means to them.”

This is true of children not only in western countries but in developing nations as well.

Perhaps we subconsciously realise that play is beneficial for children, which is why many of us seem to accept it more readily – but when does that narrative start to change?

Is there a specific age at which some will start to deem it odd for people to spend their free time playing a game?

For many teenagers, play has a key role in helping to define them as people and to discover a sense of identity.

Image source, Getty Images Image caption, Researchers have looked at how video gaming is helping some teenagers find friends and support networks In Sweden, Lina Eklund from Uppsala University researched this area in high schools across the country.

She found that students who identified themselves as video gamers would gravitate towards each other.

Eklund explains: “We surveyed them three times and we looked at who became friends with who across an entire year.

“What we could see was that gamers might not have been friends at the start of the year but they were by the end.”

Eklund says her research suggests the “pupils found each other over time” – meaning, for them, it was easier to “change their friends rather than their identity.”

Perhaps it’s no surprise that many teenagers are using play to build communities of friends in real life as well as online.

They are, after all, helping to fuel the continued economic growth of the video game industry .

However, this isn’t universally accepted as a positive, with concerns being raised about the addictive nature of video gaming and the links to gambling in some popular titles.

For some though, the social and mental health benefits of playing outweigh these concerns, and Eklund’s research suggests it can also play a key part in our personal development.

Image source, Getty Images Image caption, Online gaming became more popular during lockdowns during the Coronavirus pandemic As a gaming reporter, I’ve lost count of the number of times I’ve started a conversation with an adult about their love of a video game.

It usually includes a statement like this: “I know I’m a 40-year-old woman but…”

These caveats often come ahead of a long and detailed discussion about a play session.

If the academics who argue that play needs to be treated more seriously get their way, perhaps this apologetic attitude will change.

Play, in its many weird and wonderful forms, can offer a common ground that brings adults together, not just teenagers.

In Jerusalem, the game that entrepreneur Zaki Djemal turned to was backgammon.

Image source, Getty Images Image caption, Backgammon tournaments in Jerusalem have been bringing people from Israel and Palestinians together to play He loves it because it can be “traced back 6,000 years” and is still popular in the streets today.

He also enjoys the thought that the people playing now “still sound the same and look the same” as they did when the first dice were rolled all those generations ago.

Zaki’s been hosting backgammon events in the city since 2016, with people from different religious and political backgrounds.

He says: “There’s something equalising when you think about bringing people together to create a shared experience, to diffuse the existing tensions in a place like Jerusalem.

“It’s an optimal way to create an environment for positive dialogue and communication.”

Backgammon hasn’t brought peace to the Middle East just yet – but it’s an example of how play can be much more than just a way to pass the time.

All work and no play…We know money makes the world go round and there’s an argument that play needs to be taken more seriously, because it can help here, too.

For Samantha Warren, Professor of Organisation Studies at the University of Portsmouth, having a “good old laugh at work seems to be the solution for everything.”

She’s studied a big organisation that chose to introduce playfulness into the workplace.

Her work suggests that being playful can make businesses better with effects such as “reduced absenteeism, greater commitment, more creativity, better team building and general happiness.”

But she also warns that forced fun isn’t the answer.

Warren says it’s a paradox – a fun workplace is a more productive and creative workplace but the fun has to arise from the work itself, not by being part of a mandatory programme.

“It’s about what makes that day enjoyable, my research found that what people want is interesting and fulfilling work and the sense of achieving your goals is what makes work fun,” she explains.

Of course, for some, choosing to play cards, chess or Call of Duty is not about productivity but simply because it’s fun.

Perhaps the stage of life that play can have its profoundest impact is towards the end.

Drew Altschul, a psychologist at the University of Edinburgh, has been following a study that started to research children’s behaviour in Scotland back in the 1940s.

It tracked their thinking skills as they grew older.

He says the research suggests playing games can help preserve brain function: “People who played more games at age 70 had a less steep decline overall in their thinking skills.

“We also looked at reading and writing or playing music, but they didn’t have the same effect, it was only the games.”

Image source, Getty Images Image caption, Bingo is played in care homes across the world For Dr Carrie Ryan, from University College London, it’s not only intellectual play that is of benefit to the older generation.

She is a passionate advocate of bingo, arguing that “the simplicity of it” is the key.

Dr Ryan spent years doing research at a nursing home in California and thinks play has a big impact for those at the end of their lives.

“People with dementia can play and even win alongside residents without [the condition] and seeing their reaction to that was really profound.

“Playing bingo was the one time I would see a lot of people who were often hunched over in their wheelchairs enliven, straighten up their backs, laugh, experience smiles and joy in a way they just didn’t do at other times.”

Some look down on bingo as a game of no skill and see it as a “waste of time” according to Dr Ryan, but for her, any form of play that evokes emotions like excitement, anticipation and elation in brains that are struggling to make sense of the world is deserving of more respect.

Play can give those with severe physical and cognitive deterioration – because of old age or illness – moments of real joy, just like they had as children.

So whether you’re sitting down to play Monopoly with the family or embarking on an evening of exploration through a fantasy realm online, think to yourself – is it just a way to pass the time? Or are you getting more out of it than you realised?

Should you, should I, should all of us, take it more seriously?

Listen to The Compass: Why We Play on BBC Sounds Like video games? Listen to Press X to Continue – the BBC Sounds gaming Podcast: Chvrches: ‘It’s inevitable – we’re going to score a video game’ Bukayo Saka: I play games to find peace Turning League of Legends into a hit TV show More on this story Lara Croft: 25 years of Tomb Raider and a gaming icon 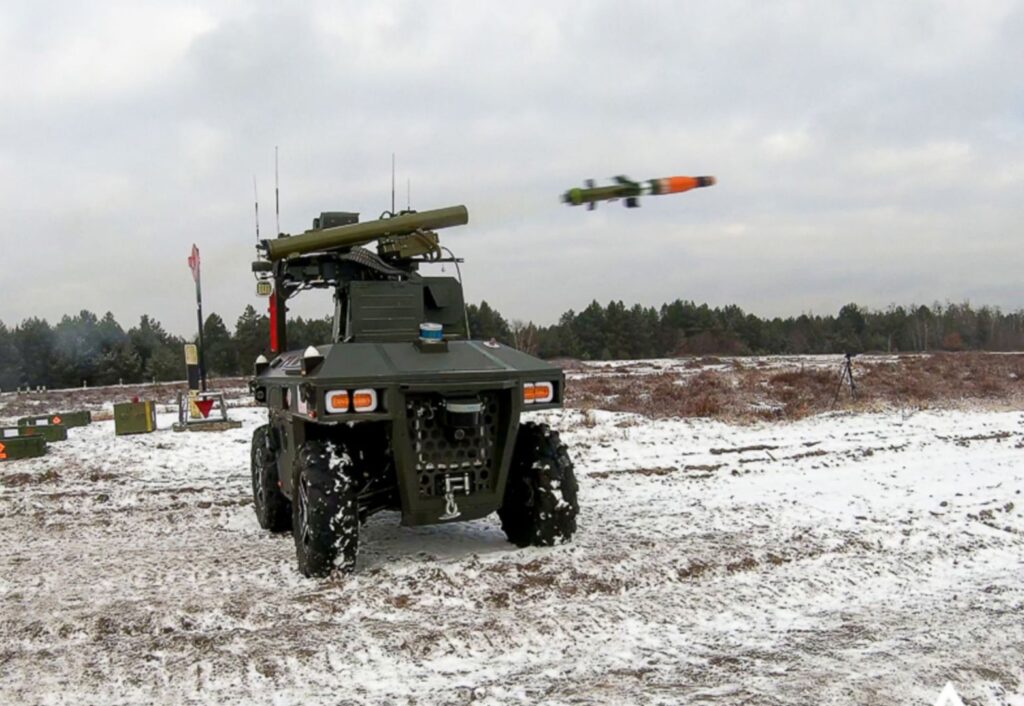