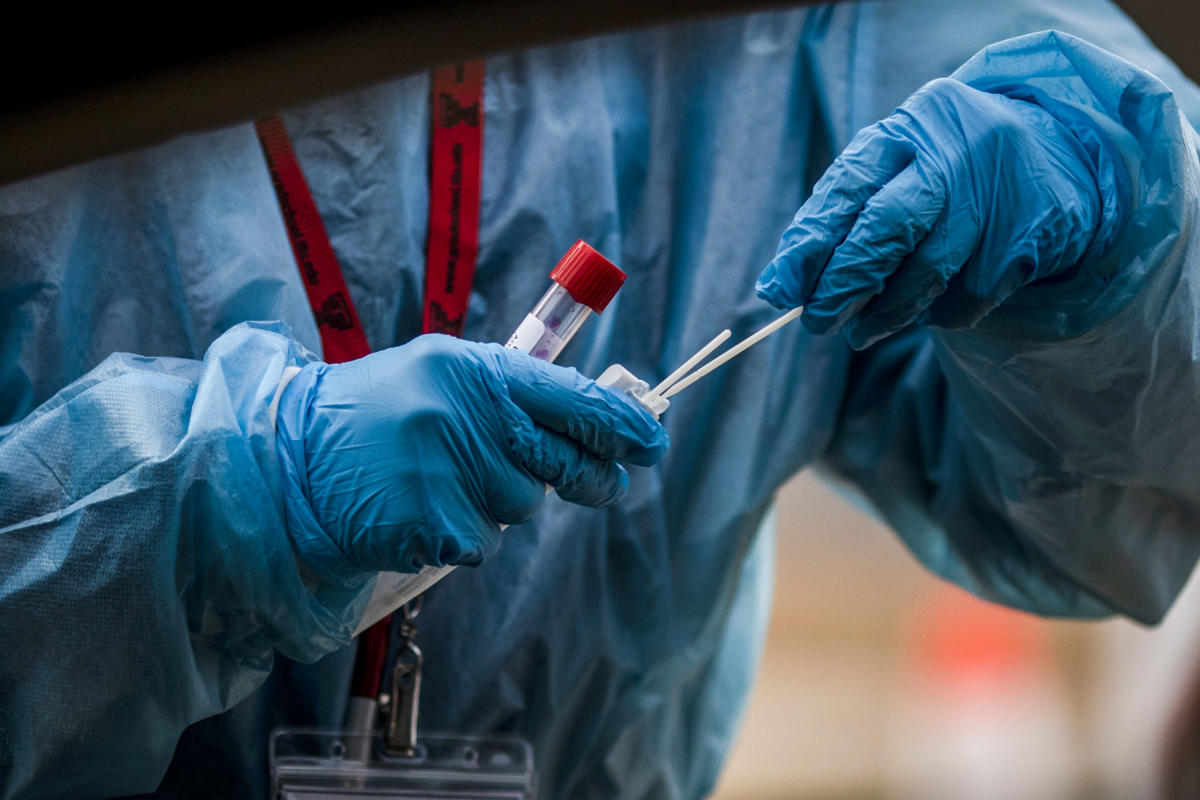 Sixty-eight attendees have tested positive for Covid-19 after attending the Gridiron Dinner in Washington last weekend , including members of the Biden administration and reporters.

Gridiron Club President Tom DeFrank said Saturday that the group had reported 67 cases out of the hundreds of people who attended.On Sunday, New York City Mayor Eric Adams, who was also at the dinner, tested positive.This is the first that the Gridiron Dinner has taken place since 2019, before the pandemic.

Agriculture Secretary Tom Vilsack, who is fully vaccinated and boosted, tested positive for the virus on Friday and is experiencing mild symptoms, his office said in a statement on Saturday, adding to a fresh wave of cases that has swept through the nation’s capital .

Garland attended a news conference with FBI Director Christopher Wray on Wednesday, before he tested positive later that day.The Justice Department said it was conducting contact tracing in accordance with protocols set by the Centers for Disease Control and Prevention.

Some lawmakers also tested positive after attending the white-tie event, including Reps.Joaquin Castro, D-Texas, and Adam Schiff, D-Calif., the chairman of the House Intelligence Committee.

So did Sen.Susan Collins, R-Maine., who announced her positive test on Thursday after voting to confirm Judge Ketanji Brown Jackson to become the first Black woman on the Supreme Court.

Dr.Anthony Fauci said Sunday that he believes individuals should determine their own level of risk and those “who run big dinners, who run functions like the White House Correspondents’ ball, or thinking back, the Gridiron Dinner, are going to have to make a determination looking at the CDC guidelines and seeing where the trends are” in an interview on ABC’s “This Week.”

“The protocols to protect the president are pretty strong.

The president is vaccinated.He is doubly boosted,” Fauci said.”Most of the time, people who get anywhere near him need to be tested.So we feel the protocol is a reasonable protocol.”

Covid cases have plateaued across the U.S., though some experts have said that incomplete data — including from a decline in testing — could be masking a rise.

As of Thursday, cases in Washington, D.C., were up 58 percent over the previous two weeks, according to an NBC News count.According to the CDC, the highly contagious subvariant BA.2 of the omicron variant of Covid now accounts for most cases in the U.S..

Mon Apr 11 , 2022
Sixty-eight attendees have tested positive for Covid-19 after attending the Gridiron Dinner in Washington last weekend , including members of the Biden administration and reporters. Gridiron Club President Tom DeFrank said Saturday that the group had reported 67 cases out of the hundreds of people who attended.On Sunday, New York […]