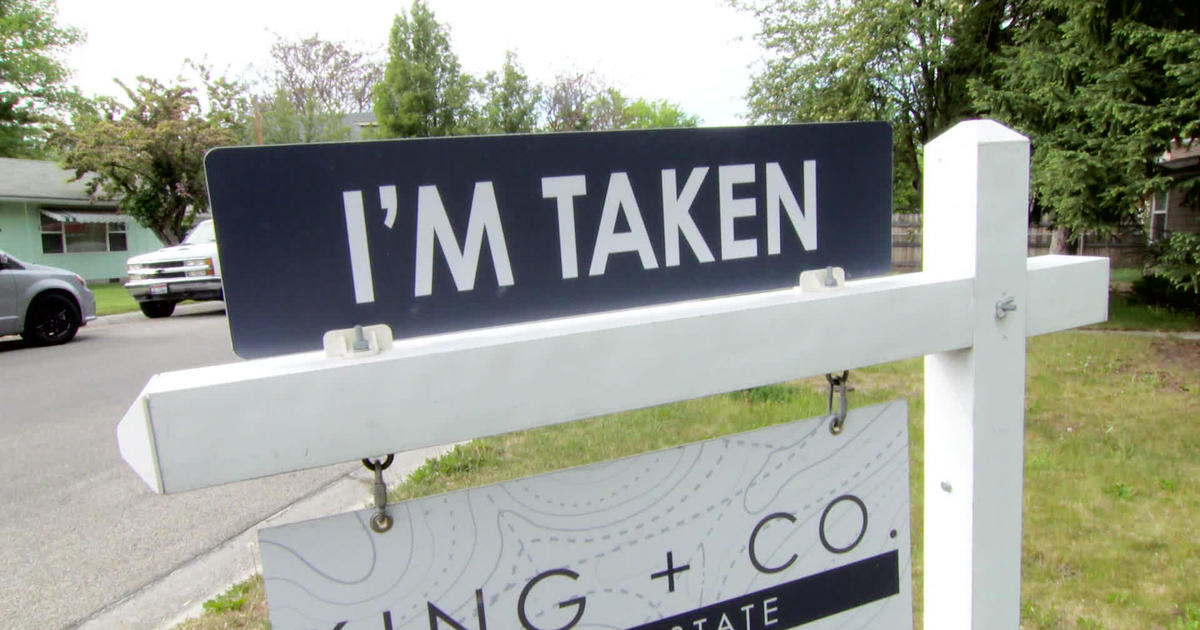 Home prices across the U.S.are surging, while a shortage of houses for sale has resulted in cut-throat competition for those in the market to buy a property.That confluence of trends has taken the dream of homeownership well beyond the means of middle-class Americans, who are increasingly up against higher-income buyers for a smaller pool of homes.

Nationwide, there are only about 250,000 homes currently for sale that are considered affordable for households with between $75,000 and $100,000 in annual income — a sharp decline from the roughly 656,000 available homes prior to the COVID-19 pandemic, a recent analysis by the National Association of Realtors (NAR) found.

In many cases, it’s also no longer enough for a prospective buyer to come prepared with a downpayment and a pre-approved mortgage.About 30% of homes were bought with all-cash offers in 2021, up from about 25% in 2020, according to real estate firm Redfin.

In some cities, such as West Palm Beach and Naples, Florida, more than 50% of purchases were all-cash deals.Sellers are demanding that buyers forego contingencies, including for financing and inspections.

now has almost 500 cities where the average cost of a home has hit $1 million, according to Zillow .

“Unfortunately, the middle-class dream of homeownership has been fading away,” Redfin chief economist Daryl Fairweather told CBS MoneyWatch.Owning a home in the U.S., he said, “is a signifier of the upper class now.”

Welcome to year three of the pandemic real estate market, which experts described to CBS MoneyWatch as “deeply stressful” and “ultra-competitive.” That comes after a heated property market in 2021, when the median sale price of existing homes rose about 16% to almost $360,000, according to NAR.

Not enough homes Compared with a year ago, the market has become even tougher for homebuyers to navigate.Not only has inventory dwindled, but first-time homebuyers are competing against investors and current homeowners who have built up equity during the past two years of rising home prices and who therefore have more money to spend on housing.

“It’s worse, believe it or not — it is objectively worse,” Fairweather said.”There aren’t enough homes for everyone who wants to buy them.”

The pandemic’s shift to work-from-home has allowed white-collar workers to relocate from high-priced regions to cities with a lower cost of living — making housing more competitive for locals in the those markets.Out-of-town buyers typically have 30% more to spend on a home than existing residents, Redfin found in a recent report .

Fairweather said, “There are middle class homebuyers who can afford a home now, but they will be in the most affordable cities.”

Some parts of the U.S.have more homes for middle-income buyers than the national average, according to the National Association of Realtors’ recent analysis.

They range from big cities such as Atlanta to towns like Deltona, Florida.

Adding roomies But the squeeze on middle-class buyers is concerning for a few reasons, noted Nadia Evangelou, senior economist and director of forecasting at NAR.Homeownership is one of the primary methods of building wealth, and homeowners typically have a net worth that is 40 times greater than that of renters.

“The wealth gap between first-time homebuyers and existing homebuyers may grow even bigger,” she said.Middle-income Americans “cannot buy a home because there is so much competition.There is a lack of affordable entry-level homes.”

With such obstacles, some first-time homebuyers are resorting to adding roommates so they can pool their assets to purchase a property.

Amanda Schneider, a 30-year-old lab technician, joined with two other people to buy a house in Gallatin, Tennessee, for $315,000 in the early days of the pandemic.She said it might have been a stretch to buy a home on her own.

“We feel very fortunate to get the house we did,” Schneider told CBS MoneyWatch, noting that the property’s value has risen 35% since they bought it in 2020.”It’s extremely difficult for other families and groups to purchase a home right now.”

Buyers are also throwing in extras to make their offers stand out, according to realtor Hope Dyer, who works in Nashville.

“This past weekend, one of our agents had a home with multiple offers.A prospective buyer had a time share they didn’t use, so they offered a seven-night vacation in their time share and $1,000 in Bitcoin,” she said.

Rise in all-cash offers Cash offers are increasingly popular because they’re often seen as stronger bids by sellers, experts said.There’s a perception that there’s less risk that the deal could fall through because of financing problems, for example.

But most buyers don’t have the financial wherewithal to make a cash offer, which is why “proptech” — or property tech — businesses are stepping into help middle-income house-hunters compete with wealthier people.

That idea caught John Wai’s attention when the accountant decided to move to a smaller home after becoming an empty-nester.

He said he started researching how to make an offer more compelling to sellers and came across Flyhomes, which provides bridge loans to customers so they can make an all-cash offer.

Wai said that when he and his wife came across a home they wanted to buy in Woodland, California, they were able to immediately make an all-cash offer — even though they hadn’t sold their current home near San Francisco.

“Without the all-cash offer, we wouldn’t have gotten the house,” Wai, 51, noted.

Flyhomes, which makes money through loans as well as by acting as agents for buyers and sellers, is designed to “make every buyer a cash buyer,” said Tushar Garg, CEO and co-founder of Flyhomes.All-cash offers reduce the risk to sellers while also providing a stronger bid for a potential buyer, he said.

That helps buyers who need to sell their current home to buy their next property, an issue when sellers don’t want to accept contingencies, Garg added.And it gives a competitive edge to people who haven’t been able to built up equity through homeownership.

“Cash has always been king in real estate, but it has been limited to a small group of buyers,” he said.

Rising mortgage rates Despite the struggle that many are experiencing with home buying, there could be some relief in store later this year, economists say.For one, mortgage rates are rising, which means some would-be buyers may decide they can’t afford to purchase a home at the moment.

A 30-year mortgage is now averaging about 3.9%, compared with 2.8% a year earlier, according to Freddie Mac.

And more properties are expected to enter the market this spring, said Evangelou of NAR.Home construction is picking up, and supply-chain issues may ease later this year, which would help with home-building since some parts and supplies are hard to come by at the moment.

“We expect more homes to enter the market and due to rising mortgage rates we expect home buying to slow down in 2022 compared with 2021,” she noted.

NFL to collaborate with XFL on innovation

Tue Feb 22 , 2022
Things have changed big time from the first incarnation of the XFL.So much so, the NFL is going to work with the league, which will be in its third incarnation when it starts in 2023.The news was announced on Monday that the leagues will work together on innovation.A field of […] 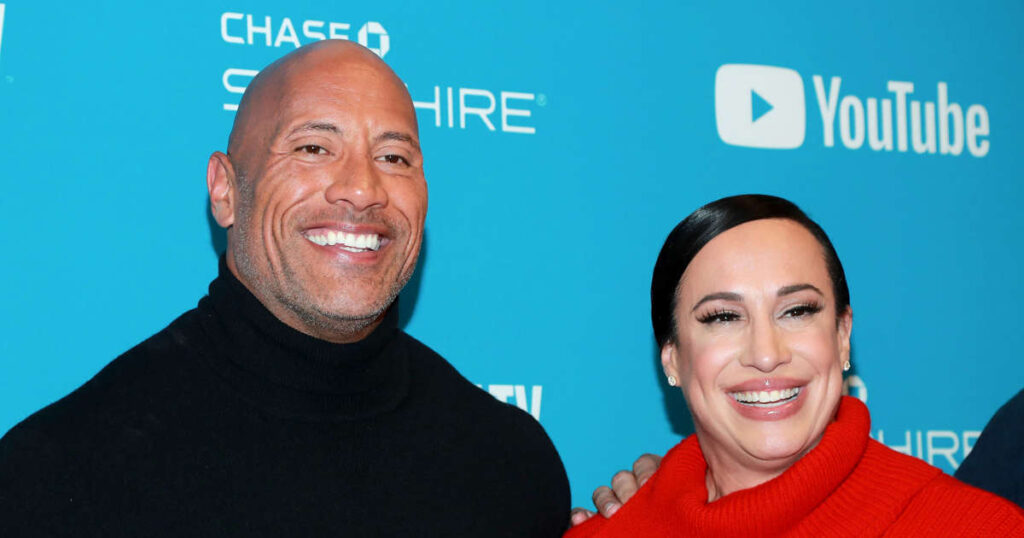