At 3pm AEDT on January 15, Japan’s meteorological satellite Himawari-8 was scanning what would have been an otherwise innocuous day over the western Pacific.

Moments later, the Hunga Tonga-Hunga-Ha’apai volcano erupted with such force that even seasoned volcanologists were left stunned.

The blast was so powerful that it caused a sonic boom that could be heard across multiple countries, triggered a tsunami and spewed a column of ash more than 30 kilometres up into the air.

The blast force, equivalent to 5-6 megatons of TNT, set off a visible shock wave that rippled through the atmosphere and reached the other side of the planet.

“It’s pretty shocking.To be honest, I’ve never seen anything that looked like that,” said satellite data scientist Simon Proud.”It was clear just from the initial images that it was much bigger than anything we’ve seen in recent years and probably in the satellite era.”

As the ash settled over the Pacific region in the days following the eruption, aerial surveys and satellite imagery began to reveal the volcano’s catastrophic impact.

Houses on neighbouring Tongan islands were wiped out, other islands were blanketed in acidic ash and left flooded from a tsunami triggered by the powerful eruption.

While the remote archipelago sustained enormous damage, to date, the death toll stands at three.

As disaster response teams work to deliver aid, scientists are also scrambling to piece together the unprecedented cascade of events that led to and followed such an enormous eruption.

The Hunga Tonga-Hunga-Ha’apai volcano is about 60 kilometres north of Tonga’s main island.

It sits along what volcanologist Janine Krippner described as a volcano-making factory: a subduction zone in the Earth’s crust where the Pacific tectonic plate is slowly driving underneath the Australian plate.

“The subduction zone is really the reason we have this active area and that’s why we have the so-called Pacific Ring of Fire, which is this zone of tectonic boundaries that are just better for making volcanoes,” said Dr Krippner from the Global Volcanism Program.

“So that’s the case here.There are a lot of active volcanoes in the area, and a lot of them are submarine.”

Up until recently, all that was visible of this volcano were two small, adjacent islands called Hunga Tonga and Hunga Ha’apai, that sat just over 100 metres above sea level.

But after an eruption in 2015, ash and rock deposits left over from the volcanic activity joined the two islands.

What remained was a new and uncharted island in the middle of the Pacific.

But this is just a tiny fraction of what is an enormous underwater volcano.

Using adjusted seafloor elevation data, the true scale of the volcano is revealed.

The volcano is almost 2 kilometres high and more than 20 kilometres across and features what’s known as a caldera at the top.

The caldera is a depression in the rim that’s left behind after an eruption expels enough magma that the ground collapses in on itself.It’s a telltale sign that this volcano is capable of big explosive eruptions.

The fact that the vast majority of the volcano is submerged is also crucial in understanding why the blast was so powerful.

And while scientists may not yet know exactly what occurred, they do know the blast was the result of what’s known as a phreatomagmatic eruption, where hot magma comes into contact with relatively cooler water to create immense amounts of steam.

“This volume increase is just enormous and that’s releasing this huge amount of energy and that’s fragmenting the magma even more, breaking it down.And that’s what volcanic ash is, the magma blowing itself apart,” Dr Krippner said.

“But now we have this external factor as well, of this explosive steam too.So that gives so much more power, so much more energy to the explosive eruption.”

It’s believed the eruption occurred around 150 metres below the surface of the water.If these chemical reactions took place in deeper water, the water pressure would likely have helped to contain the explosion.

But Dr Krippner said the reaction with the water did not by itself explain the immense power of this eruption and more work needed to be done to figure out the chain of events leading up to the blast.

One theory suggested a large landslide may have removed the top of the volcano allowing a vast flood of seawater to interact with the magma.

Some clues may lie in satellite images captured of the volcano in the weeks leading up to the event on January 15.

Smaller eruptive activity at the end of December changed the location of the cone-shaped vent.

Another image captured in early January shows steam pouring out of the vent.

And just hours before the eruption, satellites captured imagery showing much of the island had collapsed back beneath the surface of the water.

But pinpointing the exact cause may be tricky, as volcanic monitoring equipment that usually allows scientists to understand what’s going on deep inside the volcano was not readily available.

The science behind the atmospheric wave

Simon Proud is a scientist specialising in the analysis of satellite data with the UK’s National Centre for Earth Observation.

He spends his days poring through images and data captured by satellites, including the Himawari-8, to track storms and monitor atmospheric conditions.

Dr Proud said he’d never seen anything like this eruption in his time.The ash cloud went so high, so quickly that the usual methods for measuring the altitude of clouds didn’t work.

It’s estimated that the cloud shot up in a column somewhere between 35 to 40 kilometres in the sky, meaning it penetrated well beyond the layer of the atmosphere known as the tropopause.This layer acts as a ceiling for most of the Earth’s weather.

Less than an hour after the eruption the enormous mushroom cloud of ash had spread to an area of more than 400km by 400km.

But what also caught the eye of many researchers, was the visible shock wave that was sent rippling through the Earth’s atmosphere.

Dr Proud said, while investigations were ongoing into exactly what took place, it appeared the sheer power of the blast was enough to make the atmosphere move up and down, compressing the air as it travelled around the world.

“[The atmosphere moved] by about 100 or 200 metres, and when it does that, it gets a bit warmer and it gets a bit cooler.And that’s what we can see in the satellite data,” he said.

“So you know, if you have a loud noise that goes off near your head, you can feel the pressure.

And this is kind of similar to that just on a much larger scale.”

While volcanoes and weather events in the past have caused these types of shock waves in the atmosphere, the power of this one has stunned scientists.

Satellites on the other side of the world detected the shock wave as it rippled through the atmosphere.Data from the Bureau of Meteorology showed the shock wave was travelling at more than 1000km/h.

Tools monitoring atmospheric pressure have since detected the shock wave looping around the Earth at least three times.

“I was pretty shocked to see that I didn’t think it would last long enough to get all the way around.But, and especially that it’s still so obvious on the opposite side of the planet,” Dr Proud said.

While many aspects of the eruption and its impact on the Earth remain puzzling, what’s clear is that scientists will be poring over the data from this event for many months to come.

Notes about the data used in this story:

This story features imagery from the Himawari-8 satellite courtesy of the Japan Meteorological Agency, Sentinel 2 courtesy of the European Union as well as commercial satellite operators Planet Labs PBC and Maxar Technologies.

Sea floor bathymetry was sourced from the US-based National Centers for Environmental Information.

The sea floor 3D model was inspired by Frédérik Ruys .

The US Refuses to Fall in Love With Electric Cars

Sat Jan 22 , 2022
In December 2021, sales of electric vehicles overtook sales of diesel cars for the first time in Europe, as 176,000 EVs rolled out of car dealerships across the continent.At the same time in China, the country’s automotive industry announced that EV sales for the year had ballooned by 158 percent […] 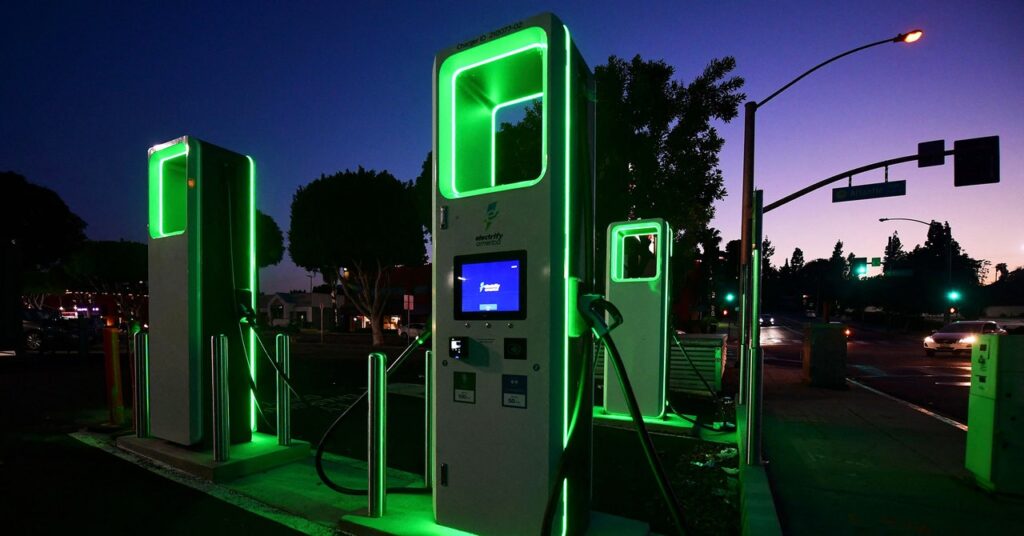