Alaska is the first major US airline to create a subscription-based “Flight Pass” starting at $49 per month.”Flight Pass” and “Flight Pass Pro” are the two options available and only differ in the advanced booking period.The pass allows travelers to book flights up to 90 days in advance on routes between 16 West Coast cities.Get the latest tech news & scoops — delivered daily to your inbox.Alaska Airlines is reimagining travel with the first-ever subscription-based flight service in the US.

On Wednesday, Alaska announced a new “Flight Pass” option for travelers who want more flexibility and spontaneity in their vacations.

According to the airline, the pass is a subscription service that allows members to fly up to 24 roundtrip flights per year between 16 West Coast cities.

The pass goes on sale Wednesday, February 16, and destinations include popular routes within California, as well as to Reno, Las Vegas, and Phoenix.Travelers will have 100 daily flights to choose from throughout the Flight Pass network.

Alaska Airlines “Flight Pass builds on our mission to offer travelers the most West Coast destinations at the best value,” Alaska’s managing director of business development and products, Alex Corey, said in a press release.”Our commitment to care means offering convenient and affordable options that fit our guests’ lifestyle and connect them to where they want to go.”

There are two subscription options: “Flight Pass” and “Flight Pass Pro,” which are outlined below.The memberships start at $49 and $199 per month, respectively, and go up to $749 per month at the highest level.

Flight Pass subscription options start at $49 per month.The second option is $99 per month, while the third is $189 per month.Alaska Airlines Flight Pass Pro

Flight Pass Pro subscription options start at $199 per month.The second option is $399 per month, while the third is $749 per month.Alaska Airlines The only difference between the two plans is the advanced booking period.

In addition to the monthly fee, members will also have to pay taxes, airport fees, and the nominal fare, which is $0.01 on most flights, excluding peak travel periods, according to Alaska.The airline estimates taxes and fees to be about $29.20 roundtrip and explained any higher nominal fares will be disclosed at the time of booking.

Once members have selected the pass they want, they can choose to include 6, 12, or 24 roundtrip flights per year, giving them flexibility based on how often they plan to travel.Credits to redeem the flights will be deposited into each subscriber’s account on a monthly or bi-monthly basis, the airline explained.

It is important to note that the pass is only applicable for roundtrip tickets, meaning one-way and multi-segment bookings are not available.Furthermore, those that get the lowest level of “Flight Pass” and “Flight Pass Pro” will have to wait until they accrue a full credit before booking their first flight, which takes two months.

Moreover, credits expire, so members will have to use their flights before they can receive more.And, subscribers must commit to a 12-month plan that cannot be canceled before the year is up.The only way to cancel is to call Alaska at the end of the period, or the plan will auto-renew.

As far as loyalty benefits, Flight Pass tickets are eligible for miles accrual and count towards qualifying for elite status, according to the airline.

The pass comes as many Americans say they plan to travel in 2022 after two years of restrictions and quarantine mandates.According to Expedia’s 2022 Travel Trends report based on surveys from 12,000 people in 12 countries, 59% of US travelers plan to vacation domestically this year.

Moreover, over 50% of respondents said they wanted to be either more spontaneous or more “go-with-the-flow” this year.

Thu Feb 17 , 2022
MIAMI BEACH (CBSMiami) – A Miami Beach police officer has been arrested after allegedly breaking into her ex-boyfriend’s garage in Miramar. According to the police report, officer Shelandra Battle went into the victim’s work car, got his garage clicker and then entered his garage without permission. READ MORE: Florida COVID-19 […] 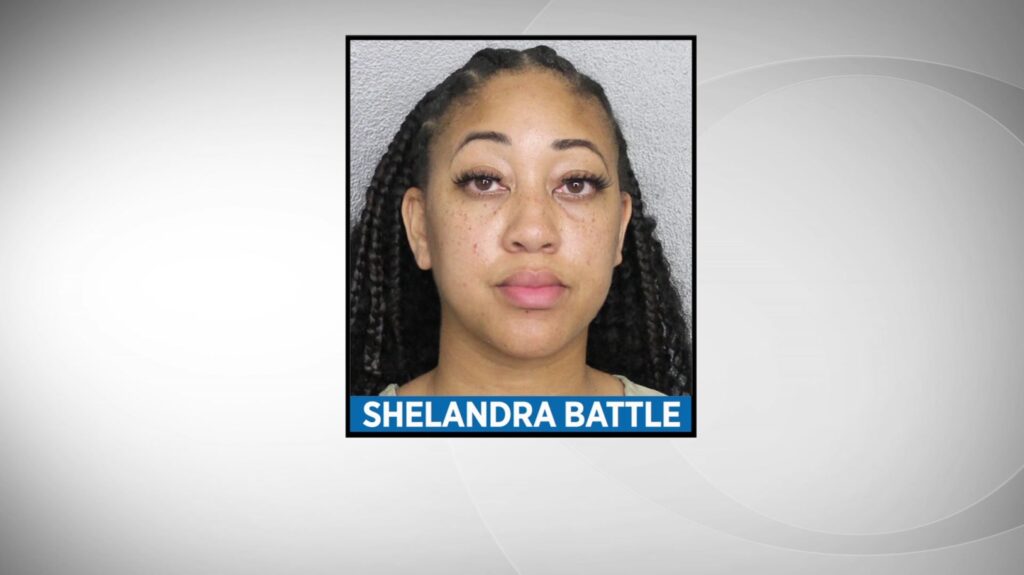