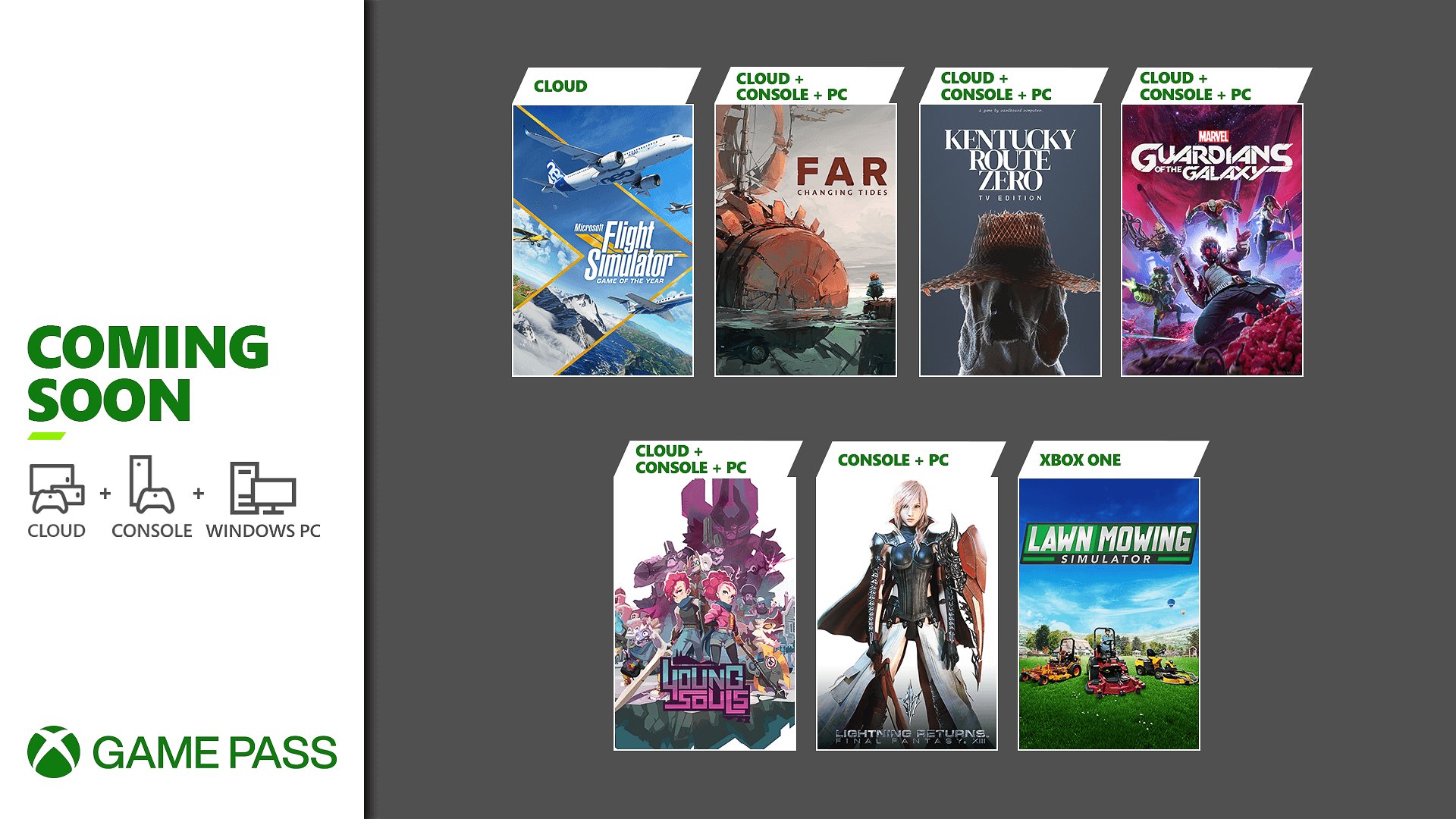 Xbox Game Pass Coming Soon to Xbox Game Pass: Marvel’s Guardians of the Galaxy, Kentucky Route Zero, and More by Megan Spurr, Community Lead, Xbox Game Pass • Mar 1, 2022 @ 6:00am Click to share on Twitter (Opens in new window)Click to share on Facebook (Opens in new window)Click to share on Email (Opens in new window) Sometimes it doesn’t have to be just what’s coming soon to Game Pass.Why not have great games both coming soon and available today? We’re keeping the ball rolling with games you can play on your PC, Xbox console, or with cloud gaming on the device of your choice.Let’s kick off March and get to the games! Available Today Far: Changing Tides (Cloud, Console, and PC)Available on day one with Game Pass: Embark on a stunning new journey in this atmospheric vehicle adventure set in a beautifully realized, post-apocalyptic world.As protagonist, Toe, you must navigate the flooded landscape at the helm of a unique ship that upgrades and evolves as you progress on your journey.Solve puzzles, navigate the changing weather and dive to unknown depths in your search for a new home.Microsoft Flight Simulator (Cloud)Experience the joy of flying with Microsoft Flight Simulator, available today with Xbox Cloud Gaming on the devices you already own, including Xbox One, phone, tablet, and PC.

Test your piloting skills against the challenges of real-time atmospheric simulation and live weather in a dynamic and living world.The sky is calling! Coming Soon Lightning Returns: Final Fantasy XIII (Console and PC) – March 3Lightning, the star of the Final Fantasy XIII series, is poised to face her ultimate challenge.

Experience a new game world, a new battle system, and extended customization features.The world will end in 13 days.Once again, its fate rests on the shoulders of one woman.Kentucky Route Zero (Cloud, Console, and PC) [email protected] – March 10Kentucky Route Zero is a magical realist adventure game about a secret highway running through the caves beneath Kentucky, and the mysterious folks who travel it.Lawn Mowing Simulator (Xbox One) [email protected] – March 10Lawn Mowing Simulator is available right now on PC, Xbox Series X|S, and with Xbox Cloud Gaming, and is coming soon to Xbox One consoles! Take a break from the real world and enjoy the challenge and serenity of mowing the Great British countryside in Lawn Mowing Simulator.Marvel’s Guardians of the Galaxy (Cloud, Console, and PC) – March 10Fire up Star-Lord’s jet boots for a wild ride across the cosmos in this third-person action-adventure game, a fresh take on Marvel’s Guardians of the Galaxy.

With the unpredictable Guardians at your side, blast your way from one explosive situation to another, with original and iconic Marvel characters caught in a struggle for the fate of the universe.You got this.Probably.Young Souls (Cloud, Console, and PC) [email protected] – March 10Available on day one with Game Pass: Gear up and begin your journey solo or coop to rescue the Professor.Young Souls draws you in with not only its stunning art direction, clever beat ’em up gameplay and RPG mechanics, but also with its sharp writing and incredible universe setting between two worlds you will fall in love with.Plus, Ultimate members can play with Xbox Touch Controls from their mobile device on day one with cloud gaming! Xbox App on PC Update First up, a big thank you to all the Xbox Insiders who helped us in the recent round of testing the Xbox app.Because of the great feedback we received, we’re happy to share that the newest Installation and Game Management features are available for the Xbox app on PC! This is what it means for you: You now have the option to choose what folder your games get installed toAccess to files for select games you’ve installed, as well as options to repair and move your gamesAbility to mod more games You won’t have to re-install your existing games, just right click on them in the left-hand side of your app and click on “manage,” then “enable.” You can also move and repair your games from here.

To install the latest Xbox app updates and get access today, open the Microsoft Store app on Windows, then navigate to your Library and select ‘Update’ next to the Xbox app.Game Updates No Man’s Sky Sentinel Update – Available nowFight alongside your own personal robotic companions as you battle an array of new foes in the Sentinel Update! Introducing a total overhaul of weapon systems; new lore and stories; all-new Sentinel enemies and combat behaviors; the ability to reprogram and adopt your very own friendly AI drone; and much, much more! Read more about this update here on Xbox Wire.Xbox Game Pass Ultimate Perks We’re kicking off March with some more Perks! Remember to go claim them via the Perk gallery on your Xbox console, Windows PC, or Xbox Game Pass mobile app.

EA Sports UFC 4 (Console): Fighter and Customization Bundle – March 3Unlock fearsome heavyweights Anthony Joshua and Tyson Fury.Plus, get both the Kumite Customization Pack and the Backyard Customization Pack, brought to you by EA Play! Halo Infinite (Console, PC, and Cloud) Pass Tense Mongoose Bundle – March 9Customize your multiplayer arsenal with the exclusive “Pass Tense” Mongoose Vehicle Coating, four 2XP Boosts and four Challenge Swaps! Century: Age of Ashes (Console and PC) Hjørrani Savannah Bundle – March 14Stand out from the crowd with the magnificent Hjørrani Savannah dragon, a 14-Days XP Booster and extra Gems to spend on customizations.Leaving March 15 You know the drill; the following games will be leaving the Game Pass library soon which means it’s time to jump back in before they go! As always, remember to use your membership discount to save up to 20% before to keep them in your library.Nier: Automata (Cloud, Console, and PC)Phogs! (Cloud, Console, and PC)Torchlight III (Cloud, Console, and PC)The Surge 2 (Cloud, Console, and PC) We still have more games coming this month, so keep your eyes peeled for updates on Twitter for PC Game Pass news and Instagram and Twitter for Game Pass news! In the meantime, I’m going to use the Game Pass mobile app to pre-install some of these games because I have yet today to find where I have conveniently hidden my controller for safe keeping! As always, if you want to bring your friends in to be player two, don’t forget that they can get their first month of Game Pass Ultimate for $1 – but you’re responsible for arguing about who gets the good controller.Talk to you soon friends! Recommended for you Xbox Game Pass Coming Soon to Xbox Game Pass: Total War: Warhammer III, Madden NFL 22, and More Feb 15, 2022 @ 6:00am Xbox Game Pass Coming Soon to Xbox Game Pass: Halo Infinite, Among Us, Stardew Valley, and More Dec 1, 2021 @ 6:00am Xbox Game Pass Coming Soon to Xbox Game Pass: Back 4 Blood, Destiny 2: Beyond Light for PC, and More Oct 5, 2021 @ 6:00am. 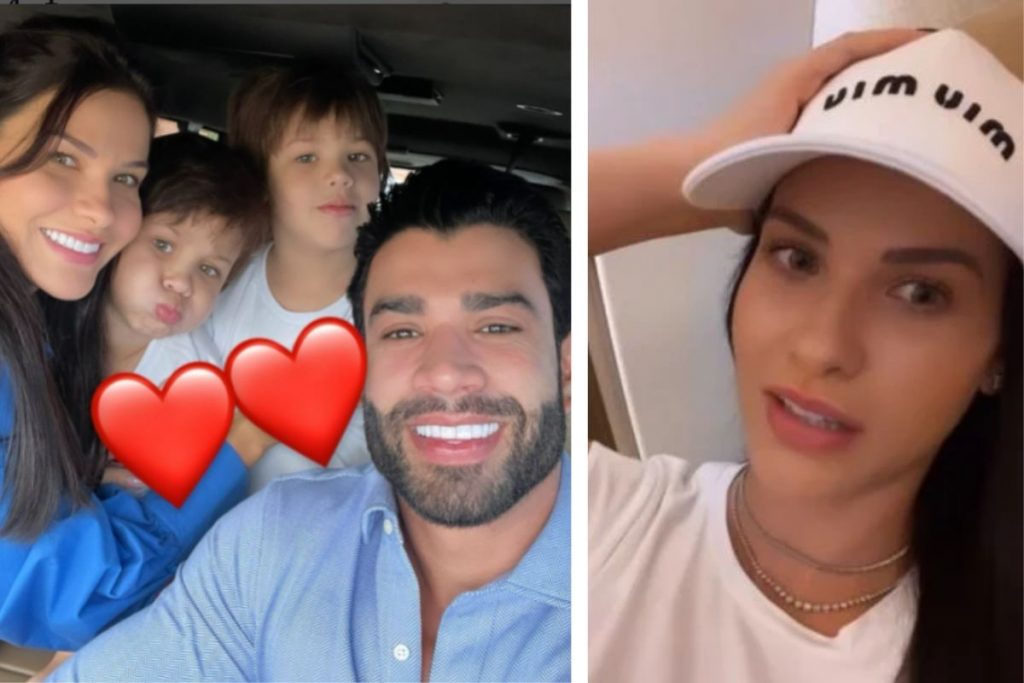