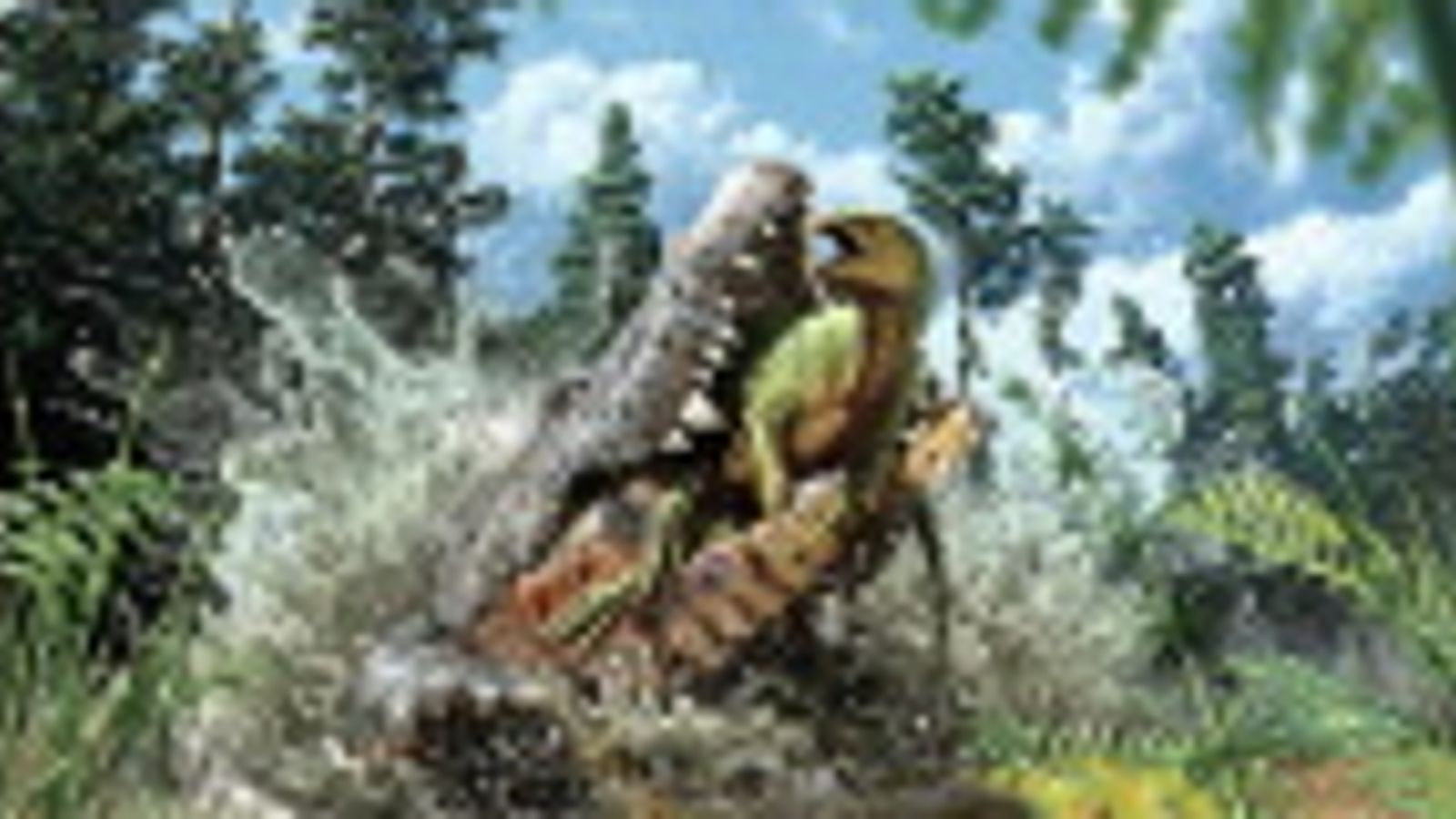 Australian scientists have announced the discovery not only of a new species of crocodile – but also that its last meal may have been a dinosaur.The fossilised remains of the crocodile, named Confractosuchus sauroktonos – the broken dinosaur killer – were recovered from a sheep station in Queensland and are believed to be more than 95 million years old.While piecing together the crocodile, the researchers found the skeletal remains of a small juvenile ornithopod dinosaur inside its stomach.They say it is the first evidence of crocodiles eating dinosaurs in Australia.”The discovery of a small juvenile ornithopod in the gut contents of a Cretaceous-aged crocodile is extremely rare, as only a handful of examples of dinosaur predation are known globally,” the Australian Age of Dinosaurs Museum said.Dinosaur find comes 12 years after original discovery The fossil was first discovered and excavated by staff and volunteers from the museum in 2010.

Video: Indonesia’s tyre-bound crocodile finally freed after six years (Reuters) As the bones were too fragile and densely packed in a chunk of rock to be removed, Dr Joseph Bevitt, a scientist at the Australian Nuclear Science and Technology Organisation (ANSTO) used neutron and synchrotron X-ray micro-CT scanning technologies to identify where the bones were located.He then sent the scan data to Dr Matt White, a research associate at the museum, who digitally prepared the specimen – a project that involved 10 months of computer processing to build a 3D reconstruction of the bones.Dr White said the number of bones present was staggering, with 35% of the crocodile preserved.The skeleton includes a near-complete skull, though its tail and hind legs are missing.

“At the time of its death this freshwater crocodile was around 2.5m long and still growing,” Dr White said.”While Confractosuchus would not have specialised in eating dinosaurs it would not have overlooked an easy meal, such as the young ornithopod remains found in its stomach.” Clues left by the crocodile’s last meal It was not possible to identify the ornithopod because it had been partially digested, though at the time of its death it was a juvenile and weighed up to 1.7kg.Because the bones were found together, it suggests the crocodile either directly killed the animal or scavenged it quickly after death.One of the ornithopod’s femurs was sheared in half and the other femur was bitten so hard a tooth mark was left on the surface of the bone.”Given the lack of comparable global specimens, this prehistoric crocodile and its last meal will continue to provide clues to the relationships and behaviours of animals that inhabited Australia millions of years ago,” Dr White said..

Which Klingons Will Appear on “Star Trek: Strange New Worlds?”

Mon Feb 14 , 2022
As the date (May 5, 2022) approaches for the debut of the newest edition of “ Star Trek ,” fans are posting their opinions and questions as to what “Strange New Worlds” will be all about.Some fans are simply excited about the new show , which will star Anson Mount […] 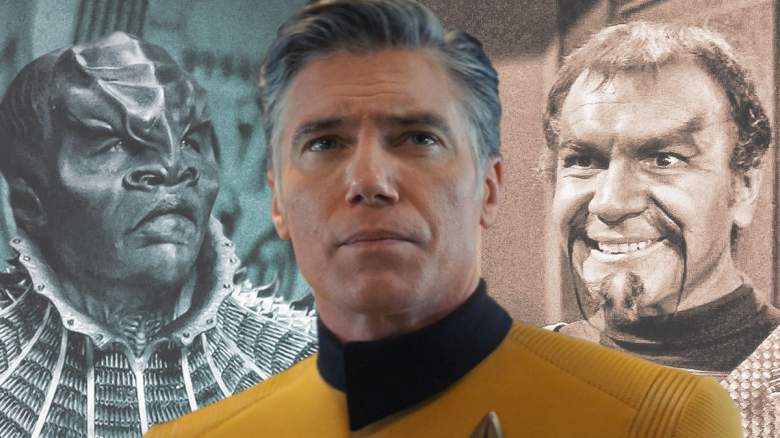