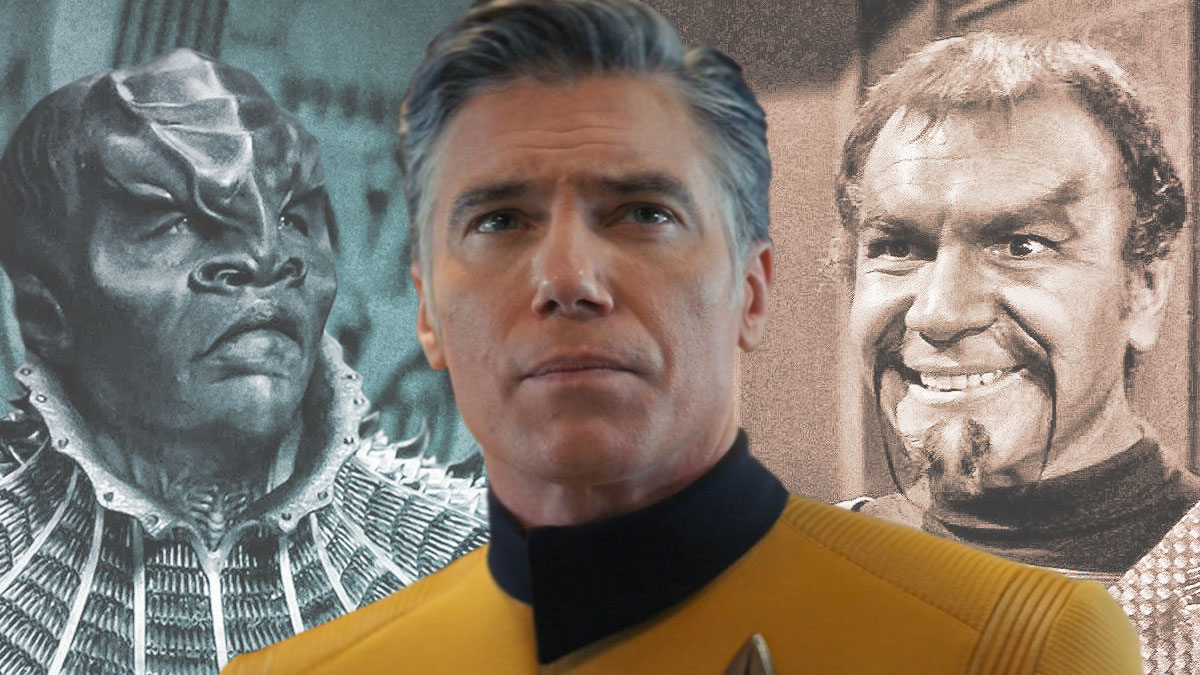 As the date (May 5, 2022) approaches for the debut of the newest edition of “ Star Trek ,” fans are posting their opinions and questions as to what “Strange New Worlds” will be all about.Some fans are simply excited about the new show , which will star Anson Mount as Captain Pike, Rebecca Romijn as Una, and Ethan Peck as Spock.

Others speculate that this new show could reveal lost or unknown relatives for Mr.Spock .Since fans found out about two of these relatives in the past — Sybok in “Star Trek V: The Final Frontier” and Michael in “Star Trek: Discovery,” it certainly is not out of the realm of possibility.

Still, some dread what Paramount might do with the new technology available to filmmakers.Thanks to new technology, the creators of “ The Book of Boba Fett ” were able to bring back Mark Hamill digitally.Even “Star Wars” fans were mixed on using this new tech to bring back legacy characters.Trek fan Ste Johnson tweeted that she hopes Kirk ( William Shatner ) does not return in the same manner on “Strange New Worlds.”

Even Inverse’s Ryan Britt says that “Star Wars” should consider stopping that sort of thing and take a page from “ Star Trek: The Next Generation ” instead.Reboot Wars like Roddenberry rebooted Trek on TNG.

Still, there have been a few details about the show that have come out recently.

Paramount released the “key art” for the show , which features the Enterprise hovering above Pike, who is on a horse.This is nice because Pike did have a thing for horses, as fans saw on “The Cage.”

We now know that composer Nami Melumad will create the music for the show.She’s worked on “Short Treks” and did the score for “Star Trek: Prodigy” as well.Jeff Russo will compose the central theme for “Strange New Worlds.”

Fans heard Mount compare his time with Marvel/Disney against working on “Star Trek.” Screen Rant reported his thoughts on the two franchises:

“I would say that the thing about coming into ‘Star Trek’… Well, they were both personal for me because, you know, I grew up a Marvel fan, I grew up a ‘Star Trek’ fan,” Mount said.

“But there is something about ‘Star Trek’ that it was so off the radar for me.It wasn’t even on my bucket list because I didn’t think I just never thought I would end up captaining the Enterprise.”

“I mean, it’s insane,” said Mount.“I count my… every single day I’m on set, I’m not exaggerating, is both disbelief and a feeling of tremendous gratitude which is one of my little secret parallels to the character of Captain Pike.”

One thing that has not yet been revealed is how “Strange New Worlds” will be addressed.

As most fans know, the Klingons have changed dramatically over the years, with some representations more well-received than others.

Initially, the Klingons were a foe to face Captain Kirk (Shatner) on “The Original Series.” Created by Trek producer Gene L.

Coon , they were never intended to be a recurring enemy at the start, and their design was not much more than dark makeup, beards, and a golden sash.This remained the design of the character in TOS and “The Animated Series.”

This era would later be explained as the “ Augments ,” which was a time when Klingons experimented with their DNA.In reality, the Klingons on TOS looked the way they did because of the budget constraints at the time.

When it was time for “ The Motion Picture ,” the Klingons were redesigned by Robert Fletcher .This basic look remained unaltered from 1979 to the final season of “Star Trek: Enterprise.” This included the way that Worf (Michael Dorn) appeared in “The Next Generation,” “Deep Space Nine,” and his five Trek films.

J.Abrams was in charge, the Klingons had a slightly different look.When they appeared in “ Star Trek Into Darkness ,” they were undoubtedly identifiable as Klingons.Still, some had rings on their head ridges.

But, when the Klingons appeared in “Star Trek: Discovery,” they looked nothing like the prior three versions of the alien.

This was highly controversial, and many fans were unhappy with the changes.Kenneth Mitchell, who played Kol on “Discovery,” said that these changes were not really changes, but it was a look at some of the other houses in the Klingon Empire .

So, which Klingons will appear on “Strange New Worlds?” It stands to reason that they will revert to the “Discovery” style aliens, as this show takes place after the events of Season 2 of “ Star Trek: Discovery .” Or does it? One would assume that it would, since Pike, Una, and Spock were introduced in Season 2 of DISCO.

But thanks to the character reveal trailer, fans know that the Spock featured on SNW has the “jagged” haircut instead of the classic “bowl” haircut that fans are familiar with.The only time Spock had hair like that was on “ The Cage ,” which took place in the year 2254.The first season of DISCO took place in 2256.

The uniforms worn by Mount and the other actors in the teaser trailer are similar to those worn by the crew on “The Cage.”

Before the era of Pike, Michael Burnham, and Kirk, the Klingons were on “Star Trek: Enterprise,” which took place sometime in the mid-22nd century.That was about 100 years prior to the Augments Klingons, and those Klingons looked like TMP/TNG era aliens.

Thus far, there has been no comment on what the Klingons will look like or if they will even appear on the show at all.

But it stands to reason that they will.Mount has said that SNW will return to the “classic” style of storytelling that Trek fans are used to.

While he does not directly say so, that might mean that the “classic” look of the Klingons will return as well, as the new DISCO version of the race was so disliked .

Mon Feb 14 , 2022
Boris Johnson is making his first visit to Scotland since the leader of the Scottish Conservatives called for him to quit over the Downing Street partygate allegations. The prime minister is using parliament’s half-term break to embark on a “levelling up” tour of the UK, starting in Scotland with visits […] 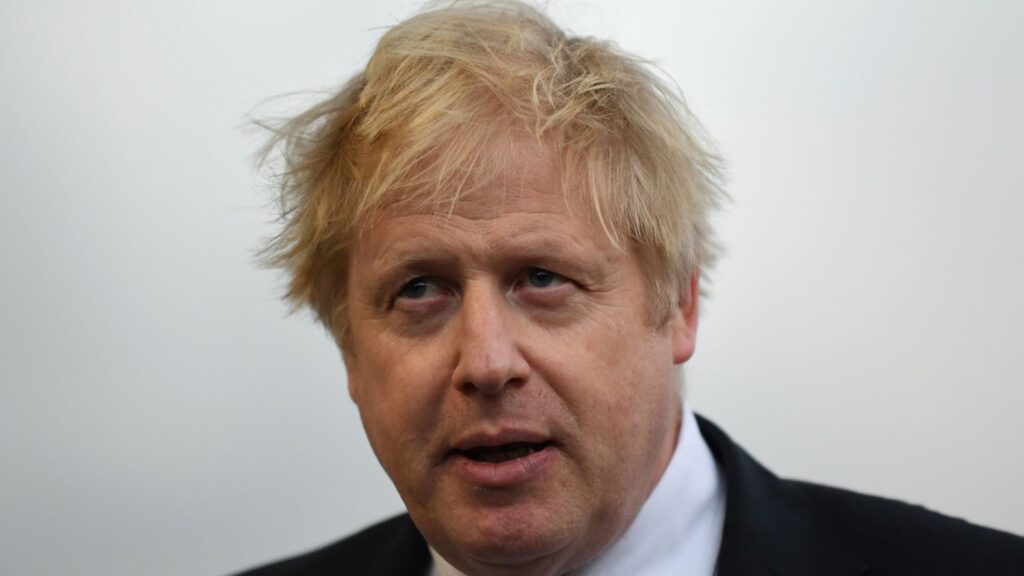