Kytch, a startup using technology to control ice cream machines, is suing McDonald’s.The complaint accuses the chain of false advertising and interference in its customer contracts.

McDonald’s is alleged to have emailed franchisees saying Kytch devices violated machine warranties.Get a daily selection of our top stories based on your reading preferences.

Email address By clicking ‘Sign up’, you agree to receive marketing emails from Insider as well as other partner offers and accept our Terms of Service and Privacy Policy .McDonald’s is being sued for $900 million by a startup, which created a device it said was designed to fix the chain’s ice cream machines.

In a lawsuit filed by Kytch on March 1, McDonald’s is accused of having sent emails to franchisees saying that Kytch devices violated the machines’ warranties and intercepted their confidential information.

McDonald’s also claimed that the device could pose a safety threat and potentially cause injuries.

Kytch, which provides remote controls, maintenance, and other tools for ice cream machines, describes both claims as false and defamatory.

Its lawsuit is also critical of Taylor Company, which is the chain’s main provider of ice cream machines.

Kytch’s co-founders, Melissa Nelson and Jeremy O’Sullivan, are seeking $900 million in damages and as well as defamation, have accused McDonald’s of false advertising and interference in its contracts with customers, per the lawsuit.

In a statement sent to Insider, McDonald’s said it “owes it to our customers, crew, and franchisees to maintain our rigorous safety standards and work with fully vetted suppliers in that pursuit.Kytch’s claims are meritless, and we’ll respond to the complaint accordingly.”

After learning that Kytch’s unauthorized device was being used at some McDonald’s restaurants, the fast-food chain said it sent a warning to franchisees regarding the possibility of crew or maintenance staff being injured.This was due to the remote-operating system Kytch enables in their soft-serve machines, the company said.

McDonald’s said that the safety certifications mentioned in Kytch’s complaint do not meet the robust requirements the chain has for all equipment in its restaurants.According to McDonald’s, there were many different scenarios that could result in possible injury, which it said that Kytch had not addressed.

In a statement, Kytch’s founders told Insider that McDonald’s has “destroyed” its business,” and that “nothing can undo that damage.”

O’Sullivan and Nelson added in the statement: “McDonald’s worked closely with its soft-serve machine manufacturer, Taylor Company, to spread false information about our company, to drive us out of the marketplace, and to line their own pockets.”

According to McBroken , a website tracking the chain’s broken ice cream machines, 12.57% of machines are currently out of use, with 36.73% not working in New York.

Despite the reportedly widespread issues surrounding ice cream machines, “McDonald’s has failed to meaningfully improve the machines, and the fast-food giant has even granted Taylor exclusive rights to supply kitchen appliances to more than 13,000 retail locations in the United States,” the lawsuit alleged.

It added: “This arrangement generates millions of dollars of revenue for Taylor and its network of franchised distributors.”

In September last year, Insider’s Mary Meisenzahl reported that McDonald’s frequently broken ice cream machines were under investigation by the Federal Trade Commission.The chain countered this claim by saying it had no reason to think it was under investigation.

O’Sullivan told Newsweek : “If their mission was to destroy Kytch, they absolutely succeeded.What has blown up in their face is this massive trail of really damning evidence of all the laws they’ve broken.”

He added that it took him and Nelson months, “if not a full year,” to gather all the evidence and data, and “convince very smart attorneys to take this data and litigate it against probably the most fearsome company to sue, which is McDonald’s.”

Mon Mar 7 , 2022
The body of Australian cricketing great Shane Warne has arrived at Surat Thani hospital, on mainland Thailand, for an autopsy, after being moved from the Thai holiday island of Koh Samui.The 52-year-old died after suffering a suspected heart attack at a luxury villa on the island on Friday.An ambulance carrying […] 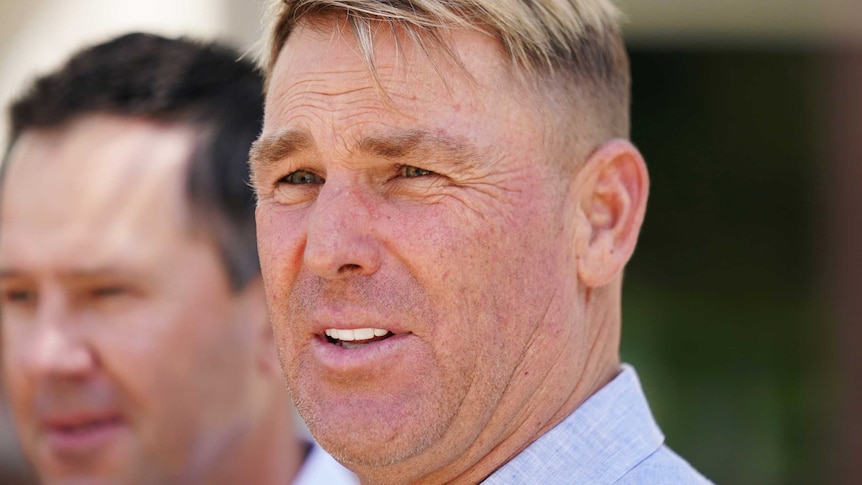