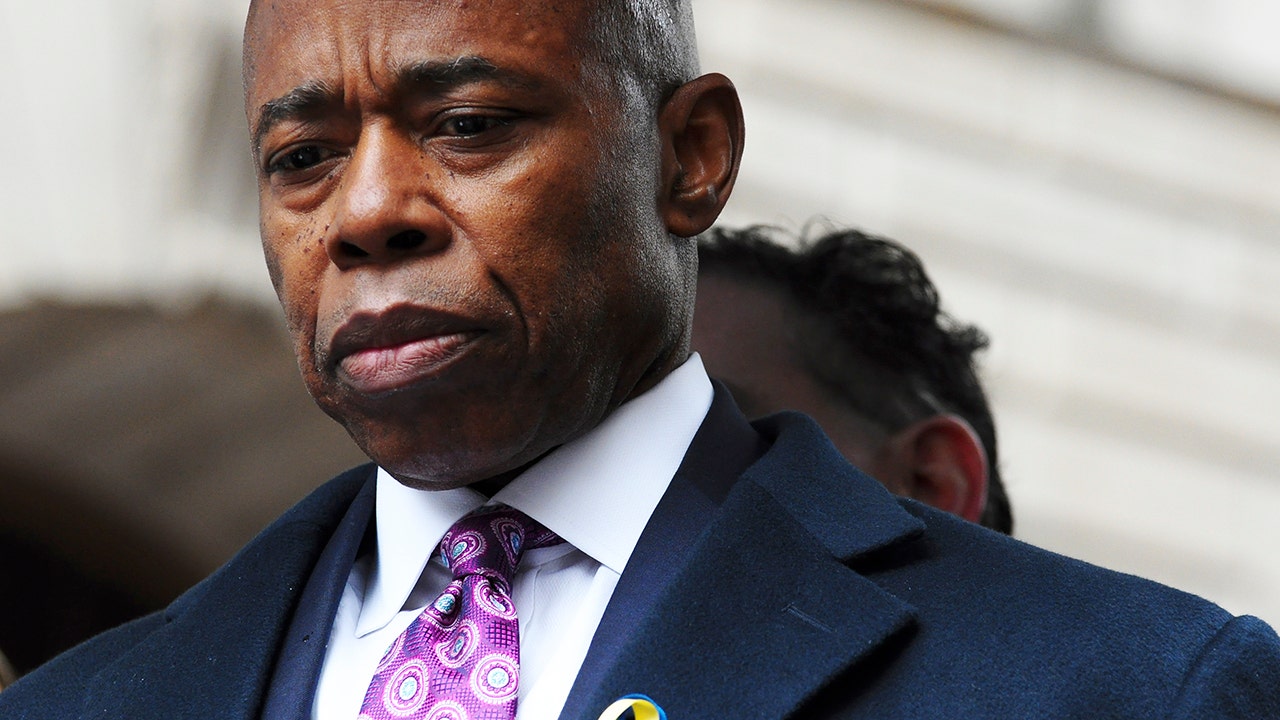 New York City may be rolling out new technology and periodic bag checks to prevent future terrorist attacks, according to the mayor.New York City Mayor Eric Adams spoke with MSNBC’s “Morning Joe” on Wednesday about the previous day’s terror attack on the city’s subway system.The mayor touched on the possibility of new technology on public transportation to prevent similar acts in the future.”With the gun detection devices – oftentimes when people hear of ‘metal detectors,’ they immediately think of the airport model,” Adams said.”Those are not the only models that are available.There are new models that are being used at ball games or parks, hospitals, where you’re not stopping to go through your belongings.You’re simply walking through a device.”Adams added in an interview with news radio station 1010 WINS that periodic bag checks may also be introduced.

BROOKLYN SUBWAY SHOOTING: PERSON OF INTEREST IDENTIFIED “We are going to explore new technology to make New Yorkers safe,” the mayor continued.”And we believe we have a new technology that we can use in the subway system that many passengers are not even going to be aware that they are walking past a device that could detect weapons.

And we’re excited about the possibilities.”The mayor explained in the interview that the police had confiscated upwards of 1,800 guns in the previous three weeks.He went on to claim that 10% of the firearms acquired were “ghost guns,” or guns that are untraceable due to being manufactured, assembled or crafted at home.”I’m not going to leave any legal technology off the table when it comes down to keeping New Yorkers safe.” Passengers run from a subway car in a station in Brooklyn, New York, Tuesday, April 12, 2022.

(Will B Wylde via AP) Adams also confirmed that the there is no evidence of accomplices, saying that all signs point to the suspect acting alone.Adams confirmed that NYPD consider Frank James armed and dangerous – promising New Yorkers to bring him to justice.”This city is going to be a safe city, and our subway system is going to be a safe subway system,” Adams told MSNBC at the end of his interview.

Frank James, the man the NYPD identified as a person of interest in connection with the Brooklyn subway attack Tuesday morning, posted a string of antagonistic video rants to a YouTube channel for years.NYPD have identified Frank James as a person of interest in the Brooklyn subway shooting.(NYPD) Using titles like ” DOMESTICATED AVERAGES ” and ” SENSIBLE VIOLENCE ,” James posted hour-long, profanity-laced rants about race, politics and current events.

The banner image showed an alarm clock reading “Too Late.” “When you talk to folks [about] what happens to you in prison, it is what it is,” he said in the “DOMESTICATED” video.

Thu Apr 14 , 2022
BEIJING: China on Wednesday (Apr 13) denounced Taiwan’s efforts to prevent Chinese companies from poaching talent and stealing chip secrets as a provocative “smear”, saying this could not prevent interactions between the two sides of the Taiwan Strait. Taiwan’s premier called this week for the swift passage of revisions to […]