What is mitochondrial donation, and what do you need to know about it?

A new IVF technique that creates what some have called “three-parent babies” could soon be made legal in Australia.

Mitochondrial donation is a method designed to reduce the risk of children inheriting a debilitating and potentially fatal genetic disease.

The technology has been championed by Health Minister Greg Hunt, with intensive lobbying for its approval by the scientific community, as well as families with the genetic defect.

A bill legalising the technique [passed a conscience vote](/news/2021-12-01/mps-ethical-quandaries-in-debate-over-ground-breaking-medical/100663606) in the House of Representatives by a large majority in December, after some heartfelt speeches by federal MPs over the ethical quandaries.

The bill’s only remaining hurdle is a conscience vote in the Senate, which could happen this Wednesday.

So what is mitochondrial donation, and why is it controversial?

What are mitochondria, and why donate them?

Our cells are packed with energy-generating powerhouses called mitochondria, which live outside the nucleus in a part of the cell called the cytoplasm.

When mitochondria don’t work properly, this can lead to a rare condition that drains the body of energy, called mitochondrial disease.

Mitochondria actually have their own genome, which is inherited through the female line.

While mitochondrial genes don’t control obvious traits like our eye and hair colour, they play a key role in our health, with defects in them contributing to mitochondrial disease.

Most of the 1 in 200 people estimated to have these defects never go on to develop disease, but it can be devastating for the relatively small number that do.

When it is mild it causes problems like weak muscles, diabetes, deafness, vision loss, and heart disease, but at its worst, children die before birth, or soon after, from widespread organ failure.

There is no cure.

Mitochondrial donation is an IVF technique that replaces a woman’s defective mitochondria with those from another woman’s egg to help her conceive a healthy child.

Are there alternatives to mitochondrial donation?

Using IVF techniques that are already available, a woman with defective mitochondrial genes may be able to use genetic testing to screen for healthy embryos.

But this option only works for women who have a relatively low percentage of defective mitochondrial DNA.

A woman who has a high level of mutations could use an egg donor to have an IVF baby, but the child would not be genetically related to her.

For a woman with defective mitochondria, the new technique could be the only way of having a genetically related child, while reducing the risk of passing on the disease.

It is estimated the procedure could help prevent the development of mitochondrial disease in about 60 births per year in Australia.

Will the children born really have three parents?

Legal questions aside, it depends on what you think makes a parent.

Whether you can say this means the child has three parents or not is a bit of a philosophical question.

While there are up to 30,000 genes in the human nuclear genome, there are only 37 genes in our mitochondria.

For this reason, it has been argued that rather than three-parent IVF, mitochondrial donation is more like ” 2.002-parent IVF “.

But others point out there are many thousands of copies of mitochondrial genes in the human egg, which bulks up their contribution of DNA to the embryo.

And while mitochondrial genes that have been donated by a third party may not control how we look, they still play a critical role in creating the child .

Is it legal in Australia?

Not yet.But a new bill that would make it legal was passed by the House of Representatives last year, and it is now before the Senate ahead of a debate and a conscience vote.

If the bill becomes legislation, “Maeve’s Law” — named in honour of a little girl with severe mitochondrial disease — would initially allow a clinical trial of mitochondrial donation under strict licenses.

To do so, it amends a number of laws, including one that prohibits fertilising human eggs to create embryos for research.

Another is a law that bars making heritable changes to embryos that will be used in reproduction.

Since mitochondrial DNA is inherited through the female line, mitochondria that are replaced will also be inherited.

Another relevant law forbids making an embryo that contains the DNA of more than two people.

Under “Maeve’s Law”, those who have a license for mitochondrial donation will be exempt from these laws, and therefore the procedure will become legal.

Australia would be the second country to introduce specific legislation to oversee mitochondrial donation, following the United Kingdom , though a number of babies have already been born internationally with this method.

One of the methods used in mitochondrial donation, called pronuclear transfer, involves the destruction of a zygote (an early embryo) so that its healthy mitochondria can be removed to make the baby.

Some see this as setting a precedent for creating embryos simply to harvest a part of them and destroy the rest.

Others point out that we already allow destruction of embryos in IVF.

Also, we have children conceived via IVF so they can provide stem cells to a family member that is affected by a serious disease — a phenomenon known as “saviour siblings” .

Another concern is that allowing mitochondrial donation will add pressure on an already scant supply of human eggs for use in IVF.

And while women are prohibited from selling eggs in Australia, there is concern about an international trade in human eggs .

If mitochondrial donation is given the green light in Australia, under the proposed law its use would be limited to a clinical trial, and only for women at risk of passing on severe mitochondrial disease.

Is it a slippery slope to designer babies?

One concern is that permitting this technology will help pave the pathway for breeding in human enhancement and eugenics.

Scientists have generally agreed not to modify the human germline by making changes to DNA that will be inherited by future generations, with possibly unforeseen consequences.

This is why the scientist who made the first gene-edited babies using CRISPR technology [got into such trouble](/news/2019-12-30/chinese-scientist-he-jiankui-who-gene-edited-babies-jailed/11833020) .

Proponents emphasise mitochondrial donation is different from modifying the nuclear genome; there is no actual editing of genes, just a replacement of a mitochondrial genome.

But while mitochondrial DNA doesn’t code for obvious characteristics, such as eye and hair colour, some say that allowing mitochondrial donation will be crossing that line too.

While there are strict regulations now, there is concern a change to the law to allow this procedure could make it easier to argue in favour of allowing human genome modifications using techniques like gene editing in the future.

How safe is it?

It’s early days for the technology, so there’s limited evidence on risks and success rates.

The risks to the child are yet to be fully understood, including impacts on subsequent generations.

While UK authorities determined the technology was “safe enough” to be legalised under strict regulations, Australia’s National Health and Medical Research Council has said it’s up to the community to decide what level of risk is acceptable in this country.

Evolutionary biologists say experimental evidence in animals like fruit flies and mice suggests that mitochondrial donation can lead to conflicts between the nuclear genome and the donated mitochondrial genome, with unpredictable outcomes in the offspring.

Replacing faulty mitochondria is not just like “replacing batteries in a faulty laptop computer” they say, and might affect how long an organism lives for, how fertile it’ll be, how quickly it develops, and how it functions.

And, although you are replacing the mitochondria, there is concern some of the faulty mitochondrial DNA remains after the process, and this can build up over generations.

Some say we should wait and see what happens in the UK, where the first couples were licensed to use the process in 2018.

Others insist there is no evidence yet of any problems in humans, that the benefits outweigh the risks, and there will be careful monitoring of the children born using this technique before it’s allowed to be used more widely.. 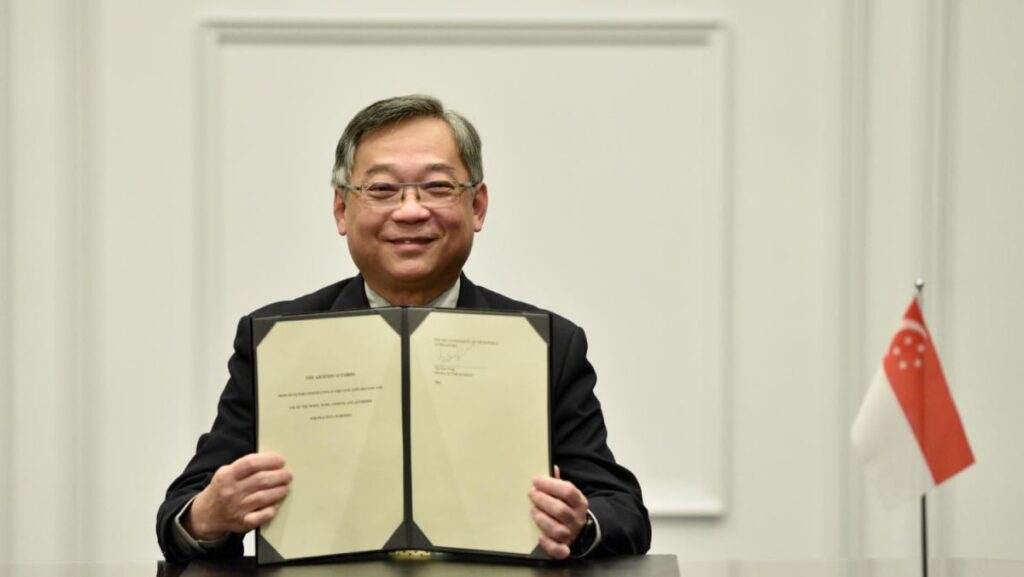