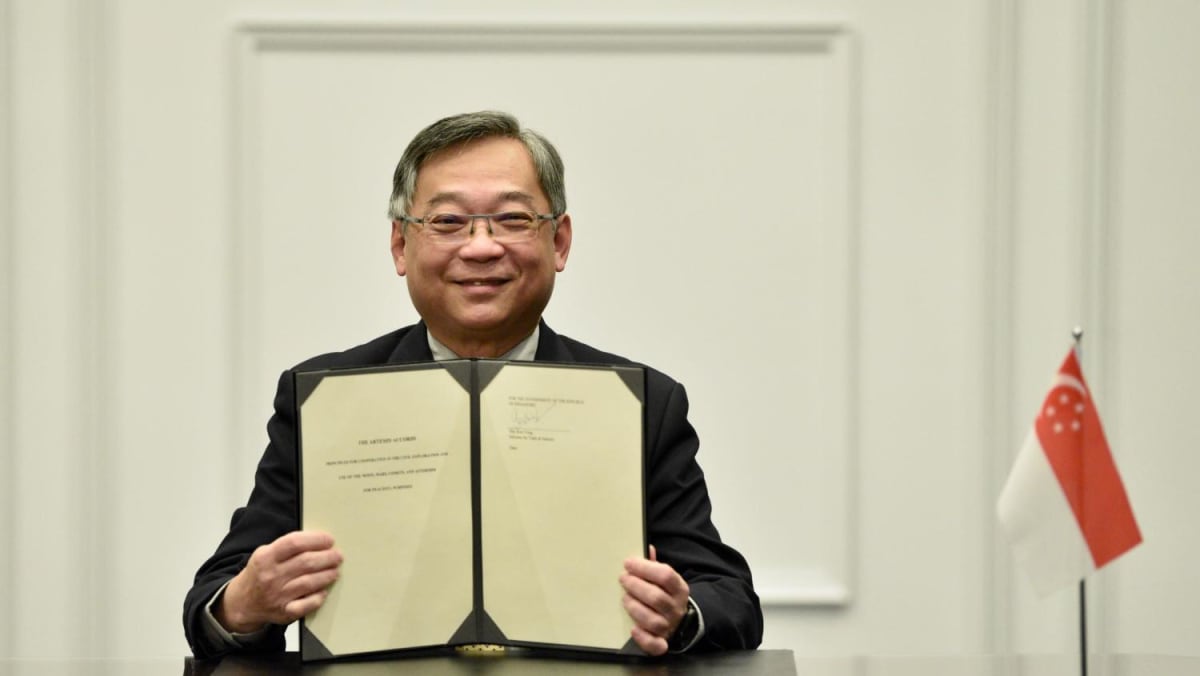 Trade and Industry Minister Gan Kim Yong signed the accord on Monday (Mar 28) in Washington DC on the sidelines of Prime Minister Lee Hsien Loong’s bilateral visit to the US .

The accords, named after the National Aeronautics and Space Administration’s (NASA) Artemis moon programme, are a set of non-binding commitments based on the 1967 Outer Space Treaty.

Aimed at promoting a peaceful, sustainable and beneficial use of space for all humankind, they lay out key principles about activities relating to space exploration, science and commerce.

For example, all activities under the accords should be exclusively for peaceful purposes and signatories commit to transparency in the dissemination of information regarding their space policies and plans.

Other principles include committing to open sharing of scientific data and plan for the mitigation of orbital debris, as well as preserving the heritage of outer space.

The Artemis Accords was first announced in 2020 with eight founding members – Australia, Canada, Italy, Japan, Luxembourg, United Arab Emirates, the United Kingdom and the US.

The list of signatories has since expanded to include Bahrain, Brazil, Israel, Mexico, New Zealand, Poland, South Korea, Romania and Ukraine.

It is also a “meaningful step” towards the development and promotion of international norms in space to support safe, sustainable and responsible space activities.

Mr Gan noted that space-based technologies are important for many civilian and governmental functions.

There is also economic potential in the application of these space-based technologies in areas such as aviation and maritime.

Singapore has therefore been working hard to support the development of its “relatively nascent but fast-growing” space ecosystem.

For instance, several centres of excellence focusing on space research and development have been established in universities and research institutions.

In April 2020, the Government also expanded the mandate of the country’s Office for Space Technology & Industry (OSTIn) to become “a full-fledged National Space office”.

“OSTin plays an aggregator role in bringing local players together to develop capabilities in emerging and potentially disruptive technologies,” said Mr Gan, citing how the office launched a consortium of local universities and companies to develop low-earth orbit satellite solutions.

Currently, Singapore’s space industry comprises more than 50 companies and over 1,800 professionals who are engaged in activities ranging from the design and manufacture of space components to the provision of satellite-based services.

“I hope that by joining the Artemis Accords, Singapore will be able to cooperate more closely with like-minded partners like the US, progress international conversation on space norms and spur the development of the global space sector,” Mr Gan said.

“I look forward to seeing more exchanges and collaborations among companies, officials, researchers between Singapore and the US, as well as other Artemis Accords signatories, leading to a robust space sector in Singapore.”

This will allow Singapore to better contribute to the common objective of harnessing space for the collective betterment and benefits of humankind, he added.

Related: Singapore researchers to launch new ‘sustainable’ microsatellite to explore space PM Lee to meet US President Biden during working visit to the US.

Mon Mar 28 , 2022
Currently, India operates 22 reactors with a total capacity of 6780 MW in operation New Delhi: With the first pour of concrete for a 700 MW atomic power plant in Karnataka’s Kaiga scheduled in 2023, India is set to put in motion construction activities for 10 ‘fleet mode’ nuclear reactors […] 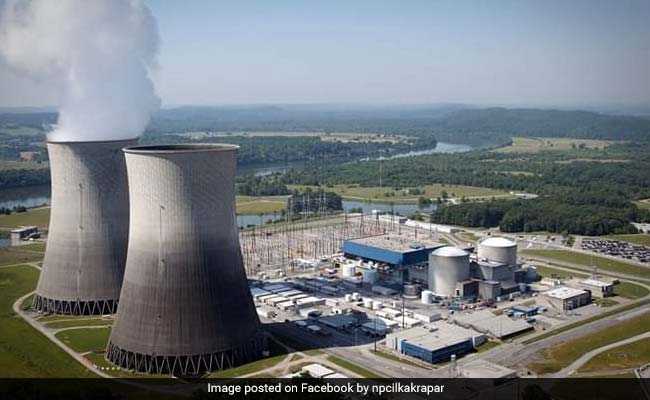