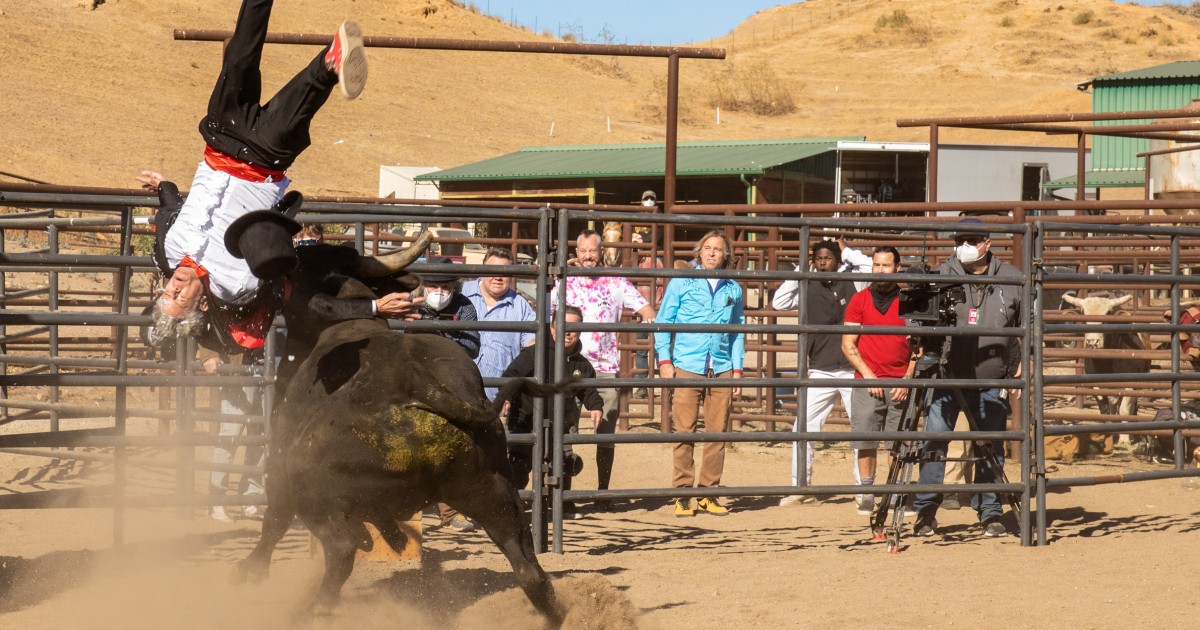 Culture Matters ‘Jackass’ and the rise and fall of prank content online The “Jackass” franchise laid the foundation for prank content online.But the appetite for vulgar prank videos is dwindling online as internet culture moves on.Johnny Knoxville in ‘Jackass Forever’.Sean Cliver / Paramount Pictures and MTV Entertainment Studios Link copied By Morgan Sung Twenty-two years after “Jackass” debuted on MTV, the group who popularized pranking is back on the screen with “Jackass Forever.” But in the years since Johnny Knoxville, Bam Margera, Chris Pontius and others in the original “Jackass” crew were last in the limelight, social acceptance of pranking has changed — especially online.Like the previous films, the nonsensical antics in “Jackass Forever” are meant to make the viewer laugh at the cast’s apparent suffering.

As a review in the Hollywood Reporter says, “You either find humiliation, degradation and physical abuse hilarious or you don’t.” And these days, plenty of people don’t.While the reviews for the latest film are overwhelmingly positive , fatigue around content in the pranking genre online is growing.The “Jackass” franchise laid the foundation for the prank culture that long dominated YouTube and Vine.

Some creators, like the Natural Born Pranksters (YouTubers Dennis Roady, Roman Atwood and Vitaly Zdorovetskiy) were so successful that their pranking content was developed into a movie , backed by Lionsgate and Studio71.Others, like Logan Paul, built a following on shocking prank videos before pursuing other genres of content.

Although the pranks featured in the “Jackass” show and movies are less harmful than the ones in many viral prank videos, the style of content is increasingly shunned as social awareness evolves online.Activist and notorious prankster Abbie Hoffman described “bad” pranks ” as “gratuitously vindictive” like fraternity hazing rituals, and “neutral ones” as “surreal and soft on the victim.” A “good prank” was satirical, like in 1967 when Hoffman and other activists allegedly halted trading at the New York Stock Exchange by tossing cash at the stock traders, who began scrambling for the bills.

The line between “bad” pranks and “good” pranks has blurred in recent years.But one thing’s become clear: Needlessly cruel videos, which falls into the “bad” prank category, are nowhere near as abundant as they once were.

Why? Academics theorize that there’s a limit to what we find funny.Chris Pontius, Eric André, Rachel Wolfson, and Eric Manaka in ‘Jackass Forever’.

Sean Cliver / Paramount Pictures and MTV Entertainment Studios Cynthia Gendrich, a theater professor at Wake Forest College who teaches a seminar on laughter and sociology, said that it’s “interesting that those extreme pranks are abating.” “My students, like most people, drew the line at people in physical pain,” she told NBC News in an email.“Lots of theorists point at that moment when our hearts [or] empathy engages being the moment when we can’t laugh.” The era of ‘It’s just a prank, bro’ is over Until a few years ago, prank channels populated YouTube’s trending videos.Many on the platform posted relatively harmless videos of creators pranking each other, their families and the public.But several wildly successful creators received millions of views on videos involving nastier pranks — at the cost of their loved ones’ pain.After inflicting emotional anguish on the prank’s subject, it was common for the creator to reveal the “joke” at the end of the video with a flippant: “It’s just a prank, bro.” In November 2015, YouTuber Sam Pepper uploaded a video in which he kidnapped another creator and made him watch his friend be “murdered.” Pepper, who was previously accused of sexual assault and harassment after he posted a video appearing to pinch women from behind with a fake hand, claimed that his content was “a social experiment.” Two years later, the family vlog channel DaddyOFive received backlash for posting videos berating their children to tears, and dismissing the verbal abuse as “just a prank.” Michael and Heather Martins, who ran the channel, lost custody of two of five children in 2017.After a court ordered the Martins to stop posting content on their channel, they created a second channel called FamilyOFive, which YouTube banned in 2018.The family continues to post on YouTube under The Martin Family.Pepper and the Martin Family did not immediately respond to requests for comment.

YouTube ultimately banned dangerous pranks in 2019, updating its policies to ban “pranks with a perceived danger of serious injuries” and “pranks that make victims believe they’re in serious physical danger.” And although pranks online continue, the extreme stunts posted by creators like Sam Pepper or DaddyOFive are increasingly uncommon.

Hazing rituals — sociologists call them “degradation ceremonies” — that strip a subject of their identity, like forcing someone to shave their head, aren’t fair pranks.Internet culture may be moving away from this style of pranking as people become more aware of the power structures in society.As social movements like the Me Too movement or the Black Lives Matter protests further educated online communities about power dynamics in real life, the appetite for vulgar prank videos shrank.

Online pranks aren’t extinct, though — the genre is just changing.Reid Hailey, who runs the Instagram meme account shitheadsteve and is CEO of the brand Doing Things Media, said that pranks are still funny when they show genuine reactions.“I think pranks are acceptable as long as the person being pranked isn’t being harmed physically, or bullied,” Hailey told NBC News.“An example of a good prank: air horn in the backswing of a golf swing.We have found that these types of lighthearted pranks-related content is still popular among audiences.” Now, the internet is less tolerant of cruel and obnoxious pranks.

Earlier this week, TikTok creator Fred Beyer posted a video “screaming viciously” in a public restroom, only to be confronted and eventually kicked out by an employee.The video has 1.2 million likes, but commenters admonished Beyer.“Why disturb a business? It’s not funny,” one commenter said.Another commented, “There’s 0 chance anyone finds this funny.” Online pranking is still thriving online, as long as there’s a limit to the discomfort inflicted on the prank subject.In a viral prank circulating on TikTok, women apply press-on nail extensions to their toes and ask their distracted significant others to rub their feet, horrifying them with claw-like toenails.

In another prank that went viral throughout 2020, TikTok users bit down on uncooked pasta as an unsuspecting subject massaged their neck and back, producing a jarring cracking sound to spook the subject.“It’s funny to the watcher and to both people involved,” Gendrich said, comparing the second type of online prank to the screaming video.“It doesn’t diminish the person being pranked.

The poor guy who’s working in the place in video one doesn’t have any real power, and to our knowledge has done nothing wrong, but is being ‘punished.’ Why is that supposed to be funny?” She added that in the second kind of prank video, the viewer is in on the joke, and the subject quickly realizes that it’s a prank.

“The daughter owns the prank at the end of video 2, while the screamer in video 1 is actually cowardly about owning his own behavior,” Gendrich continued.“Which just makes him seem like a privileged idiot.” Pranks as political theater The pranks that truly flourish online today are the ones trolling political establishments as a form of social activism.Like the guerrilla theater Abbie Hoffman performed at the stock exchange in 1967, online communities digitally protest with “good” pranks.

At the height of the 2020 presidential campaign, TikTok users trolled former President Donald Trump by reserving tickets to his Tulsa rally scheduled for Juneteenth, only to never show up.More than 800,000 people reserved tickets for a 19,000-seat stadium, according to campaign manager Brad Parscale.The Tulsa Fire Department estimated that about 6,200 people actually attended.Trump was “furious” over the “underwhelming” crowd, NBC News later reported .

“In an absurd way, pranking them is exceptional political theater and really powerful social action.sociologist jonathan wynn The same month, as mass protests over the death of George Floyd took place across the country, law enforcement agencies’ “snitch” lines were flooded with videos of police violence against demonstrators, vulgar memes and K-pop star videos known as fancams.TikTok and Twitter users similarly protested Texas’ restrictive anti-abortion laws last year by bombarding an anonymous tip site, meant to report abortion providers and anyone who received an abortion, with Shrek porn.“It’s a form of political action,” Wynn said.

“In an absurd way, pranking them is exceptional political theater and really powerful social action.You can certainly flood a hotline with banal reading, like a chapter from ‘Moby Dick,’ but …we wouldn’t know about it, perhaps if it weren’t so spectacular.

So if it were the other way around, it could not be done.” “Jackass Forever” will likely be welcomed by audiences still entertained by the profane slapstick humor.

But that type of pranking is fleeting online, making room for a more neutral — and maybe even good — era of pranks.. 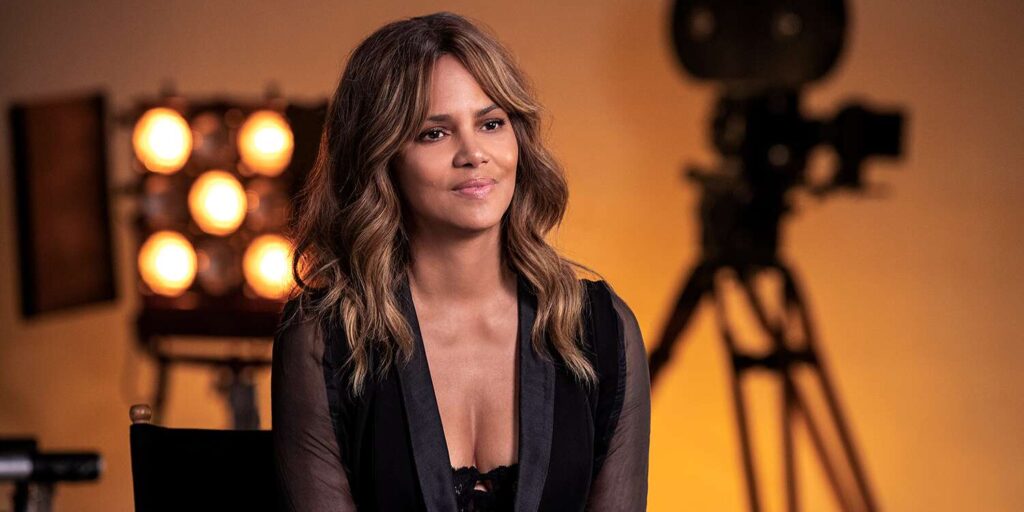