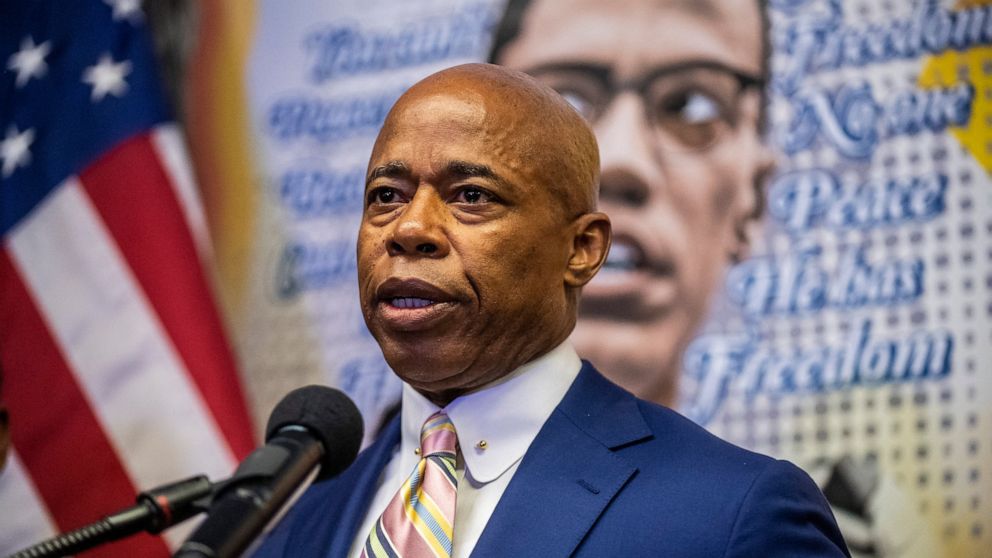 On busy 1st day, NYC mayor urges resiliency against pandemic New York City’s new mayor has pledged to steer the nation’s largest city out of the pandemic by drawing on the resiliency of its people and promising a government that works better, even if it’s not radically different

Catch up on the developing stories making headlines.The Associated Press NEW YORK — New York City’s new mayor, Eric Adams, pledged Saturday to steer the nation’s largest city out of the pandemic by drawing on the resiliency of its people and promising a government that works better, even if it’s not radically different.

Hours after being sworn into office in Times Square as the city rang in the new year, Adams used his inaugural address to promise more efficiency, invoke New Yorkers’ reputation for toughness, and urge the city’s nearly 9 million residents to make a New Year’s resolution that their lives not be controlled by the pandemic.

“Getting vaccinated is not letting the crisis control you,” Adams said at City Hall.“Enjoying a Broadway show.Sending your kids to school.Going back to the office.These are declarations of confidence that our city is our own.”

Adams, 61, faces the immense challenge of pulling the city out of the pandemic, taking office as the city is grappling with record numbers of COVID-19 cases driven by the omicron variant.

The city has also been facing a rise in violent crime, particularly in shootings and killings, that is part of part of a national trend in the wake of the COVID-19 pandemic.

Adams, a former New York City police captain, kicked off his first day as mayor by calling 911 to report two men fighting, and later in the day promised to aggressively go after violent crime while holding a news conference about a police officer who was shot and injured hours earlier.

While the new mayor has pledged to keep the city open and stave off any return to shutdowns, he is taking the helm of a city that has seen subway lines, restaurants and even urgent care centers temporarily close because of staffing shortages driven by the virus.

Adams said this week that he plans to keep in place many of the policies of outgoing Mayor Bill de Blasio, including vaccine mandates that are among the strictest in the nation.

In his Saturday address, Adams also said he would take a “radically practical” approach to improving the city’s government that involves not just “grand plans and proposals,” but also “weeding out waste and eliminating the inefficiencies.”

Adams and his new police commissioner, Keechant Sewel, held an afternoon news conference outside a hospital after a police officer was shot Saturday while sleeping in his vehicle in a precinct parking lot between shifts.

The officer is expected to fully recover.

Adams declared that New York is “not going to be a city of violence.”

“I am clear on my mission to aggressively go after those who are carrying violent weapons in our city,” he said.

Adams rode the subway from his Brooklyn brownstone to City Hall for his first day on the job.Adams chatted with New Yorkers and a throng of reporters following him.While waiting for the train, he called 911 to report a fight after witnessing two men tussling near the subway station.

Hours earlier, as confetti continued to drift across Times Square, Adams recited his oath of office.Associate Justice Sylvia O.Hinds-Radix of the state Supreme Court’s appellate division swore Adams in as he placed one hand on a family Bible and his other held a photograph of his mother, Dorothy, who died in 2020.

After canceling initial plans to be sworn into office at a Brooklyn theater, Adams said Saturday that he chose to hold his inauguration ceremony at the scene of the New Year’s Eve ball drop to show that the city was open and alive and “that New York can and should be the center of the universe again.”

The pandemic had put the city through “two years of continuous crisis,” Adams said, “and that insults our very nature as New Yorkers.”

“There’s one thing that everyone knows about New Yorkers: We don’t like anyone telling us what to do,” he said.

The city’s municipal workforce is required to be vaccinated, as is anyone trying to dine indoors, see a show, work out at a gym or attend a conference.

But New York City has also newly required employees in the private sector to get their shots, the most sweeping mandate of any state or big city and a policy Adams said he will preserve.

Even without a mandated shutdown, the city is grappling with de facto closures because of widespread COVID-19 infections.

Several subway lines were suspended because positive test results among transit workers left too few staffers to run regular trains.Some entertainment performances have been canceled, and restaurants and bars are crunched as workers test positive.

Adams said he and advisers are studying whether to expand vaccine mandates and plan to distribute face masks and rapid tests, as well as introduce a color-coded system alerting New Yorkers to the current threat level.

While promising to be a man of action in the mayor’s office, Adams is at times an unconventional politician who is expected to put his own stamp on the role.

Adams, the former Brooklyn borough president, has struck a more business-friendly, moderate stance than his predecessor but describes himself as a practical and progressive mayor who will “get stuff done.” He’s the city’s second Black mayor, after David Dinkins, who served from 1990 to 1993, and the 110th mayor of New York City.

He held his first cabinet meeting Saturday morning.Later that afternoon, he sought to send a powerful symbol of his own resiliency by visiting a police precinct in Queens where he was beaten by officers when he was a teenager.

“Today is an important moment for me as I finally leave the demon right here on these streets, no longer living the trauma I experienced in this precinct, but back as the mayor in charge of the entire police department,” he said.

Adams said he and his new police commissioner will show officers they have their backs but will hold them to a high standard and not allow abusive officers to remain above the ranks.

‘We want what they’re having’: Other generations want in on Gen Z’s work revolution

Sun Jan 2 , 2022
By Wendy Tuohy January 1, 2022 — 7.00pm When digital account co-ordinator Charlie Marcolin was growing up, she witnessed her parents’ jobs take up much of their lives. “They’re hard-working, and seeing that has instilled a work ethic in me and an understanding of the value of work.But it’s also […] 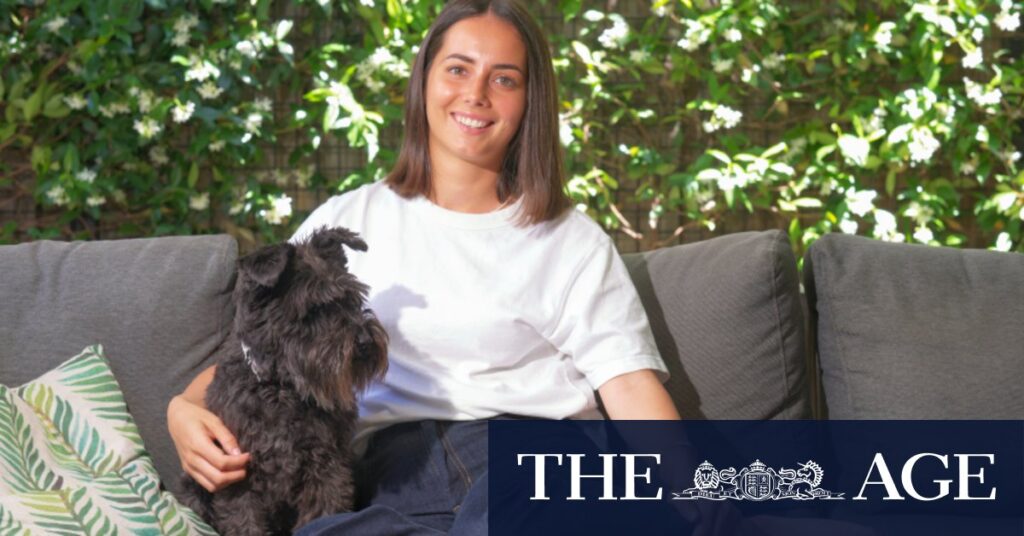