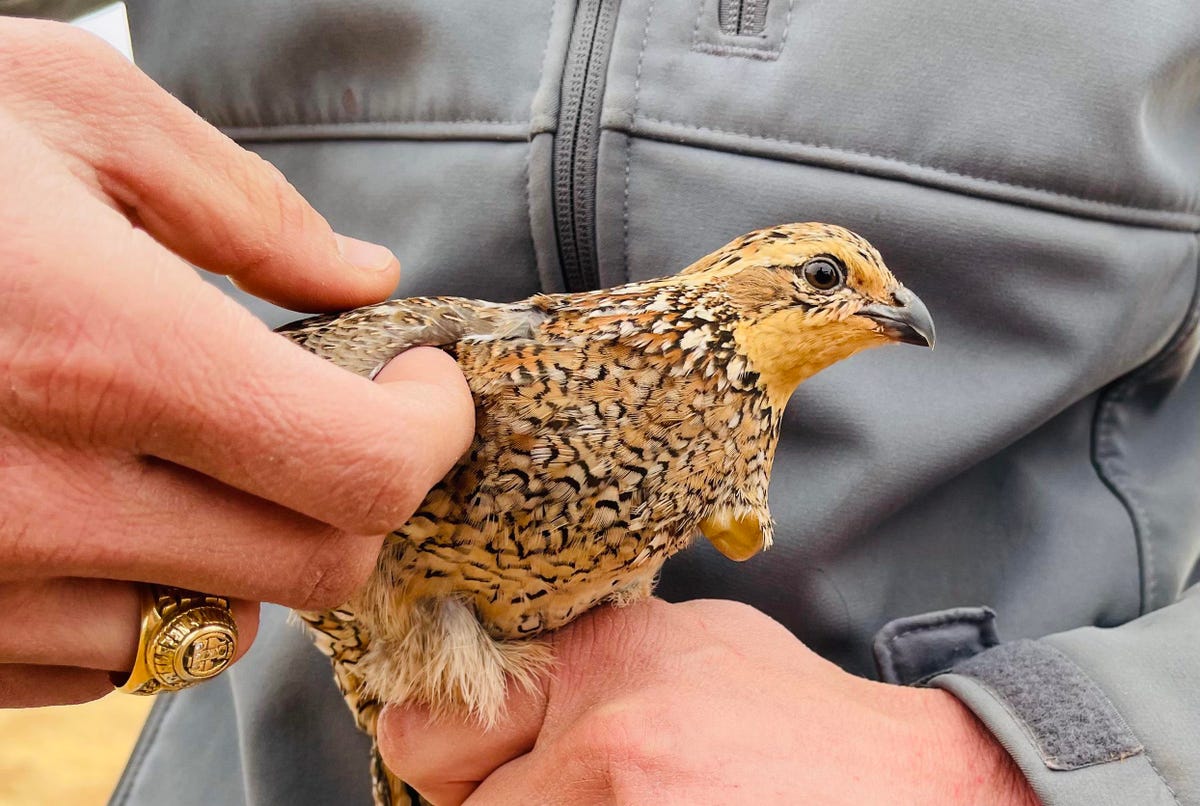 About a quarter century ago I shared a quail field near Albany, Georgia, with an aging quail plantation owner who, like me, also enjoyed hunting big game across the American West and beyond.As we walked toward a brace of his pointers that froze simultaneously at the scent of yet another covey of bobwhite quail, the man whose name I have long since forgotten, advised, “You can hunt all over the world for all manner of game…but, in the end, you’ll always come home to bobwhite quail over pointing dogs.” His inference was that when a man’s horizon nears, hunting bobwhite quail blurs the line between heaven and Earth.

Pursue wild bobwhites in the Deep South, the spiritual heart of the sport where hunters ride wagons pulled by mules that trail behind pointers that cast far ahead as handlers sing to them, and you will likely succumb to the spell of this sport.Flushing a covey of wild quail is like plugging into a natural socket for you are suddenly hardwired into nature in a way that shocks and awakens genes that remain forever dormant in most people.For devout bird hunters, the magic comes in trying to tame your adrenaline in time to train the bead of a shotgun on the feathered shrapnel.Wild birds don’t so much flush as they evaporate, gone in a gasp.Send one—or even two—to earth from a covey rise and you have performed something of a wingshooting miracle.

Entire forests have been razed to print books about the lore and culture of quail hunting in the scrolls written by legends named Babcock and Buckingham, the Old Testament of the upland sporting life.

So intoxicating is hunting Gentleman Bob (as quail are sometimes called in the South) that some of the richest people on our planet have spent considerable portions of their fortunes buying and improving habitat for quail.Shotguns that cost as much as a Bentley, engraved with intricate scenes of flushing quail, pointing dogs and sometimes the mug of a family member—usually in that order—are just part of the accoutrement that reveals a quail obsession.To be sure, if quail hunting is done well, it trends closer to narcotic than mere pastime.

While the halcyon years of bobwhite quail hunting across the South occurred in the first half of the Twentieth Century, land use changes, increased application of pesticides, spikes in predator populations and the like have all conspired to make life for bobwhites challenging.For a group of Texans devoted to saving their beloved bobwhites, however, the thought of a landscape without quail was unimaginable.

That is, in true Texas fashion, they weren’t having it and determined that the trend of declining bird numbers must be reversed.

MORE FOR YOU Suspicious Fire At Home Of Women’s Rights Icon Susan B.Anthony Over The Weekend ‘You Heard Me, N-Word Boy.’ Flight Attendants Testify About The Rise In Air Rage—And What Should Be Done About It Delta Is Asking Airlines To Share Their No-Fly Lists Enter a who’s who collection of Texas bird hunters who came together in 2006 to form the Park Cities Quail Coalition , a non-profit group that set out to raise money for game-changing quail research.

The goal was simple—find solutions to increase quail numbers across landscapes.Since their inception, they’ve raised and donated more than $20 million for research efforts, conservation initiatives, and educational programs.

Once-a-year, the group hosts what has become one of the most coveted tickets in Texas, the annual Park Cities Coalition dinner and auction.Come March 3, 1,200 or more people will file into Southern Methodist University’s indoor athletic training field to celebrate all things quail and quail hunting.

Attendees are a collection of business titans, oil magnates, conservationists, all—the kind of people who helped raise roughly $2 million during the last auction.

The event is the brainchild of an affable quail hunting ambassador and philanthropist by the name of Joe Crafton who, along with a small covey of other ardent quail hunters, decided to take matters into their own hands.So successful was the first fundraising effort that it caught the attention of fellow bobwhite aficionado, Texas raconteur T.Boone Pickens.The group now gives an annual award in Pickens’ name to other visionary conservationists who dedicate their wealth, work, and wisdom to resurrecting quail numbers.Recent recipients include veteran news anchor Tom Brokaw, media mogul Ted Turner, philanthropist Carl Allen, entertainer George Strait, Bass Pro Shops founder Johnny Morris, and Rick Snipes, the closest thing to a lobbyist a bobwhite quail has ever had.

A key beneficiary of the Park Cities event is the Rolling Plains Quail Research Foundation, a non-profit that is working to secure a bright future for bobwhite and scaled quail, both species an indelible part of the West Texas landscape.The foundation is working to pioneer ways for landowners and wildlife managers to deliver conservation on scale—across Texas and other parts of the bobwhite quail range.

For Crafton, who also serves as Rolling Plains President, the work to support the organization’s efforts is a labor of love.Like others doing the same, it’s their admiration of bobwhite quail and all that the species represents to their hunting heritage, that is the driving force.

“You can’t experience the magic of bobwhite quail hunting,” says Crafton, “without wanting to insure their populations for future generations.”

As has so often happened in American history, hunters have taken the initiative to solve wildlife declines and, in the process, their habitat work benefits hundreds of species—not simply game animals and birds.

“American sportsmen have never waited for government solutions to wildlife challenges,” says Snipes, the first and long-time president of Rolling Plains Quail Research Foundation.“We knew our birds were in decline and many of us came together to do something about it.” The RPQRF is led by some of the savviest business minds in Texas, applying aggressive and creative strategies to head-off a catastrophic loss of quail before it’s too late.

The RPQRF has a nearly 5,000-acre natural laboratory near Roby, Texas, where they are learning the interdependencies of quail within the rest of the west Texas ecosystem.I’ve come to the region to see firsthand what the group is doing to make life easier for our beloved bobwhites.

Joining me is Dr.Dale Rollins, a guru in quail research circles who spent more than 30 years with Texas A&M University and Dr.Brad Kubecka, the executive director of RPQRF, who completed his doctorate at the University of Georgia studying quail brood ecology at the Tall Timbers Research station in Florida, a long-standing incubator for applied quail management strategies.

I’m also joined by Steve Lamboy, a veteran outdoor industry executive who has been instrumental in developing funding strategies for conservation non-profits, harnessing the passion of sportsmen to give back to conservation through their sporting equipment purchases.

“A quail population is like a block of ice,” says Rollins, “after the birds hatch in spring, the population begins melting…predators, drought, storms and other factors begin taking their toll on quail numbers.Our job is to slow the melt, give the birds more chances to survive with our management work.”

What are the greatest threats to Texas bobwhites? “Over-grazing and brush removal,” says Kubecka.

“You can have cattle and quail, but you can’t put too many cattle on the land for too long without impacting your bird production.”

“Quail need brush to escape predators,” says Rollins.“Think of players on a softball field—they’re spaced out evenly across the diamond.

Quail need brush dispersed throughout the landscape to evade predators—they need to be able to get to that cover within three seconds, or the Cooper’s hawk will get them.”

As I traverse Snipes’ meticulously groomed Texas ranch, a property he has owned and managed since 1993, I see what is a perfect mosaic of habitat types needed to maximize quail numbers.It’s little wonder that the place comes with the considerable billing of the best quail ranch in the region.It’s as if he had a quail whispering in his ear, advising him on just the right amount of escape cover, nesting habitat, food sources and the like.It is habitat the way sporting artists would paint it…the way most hunters could only dream it.

“If cattle grazing land in this part of Texas is worth X,” says Snipes, “premium bobwhite quail country is worth 10X.There is so much demand to hunt wild quail and the supply is very limited.”

Any serious bird hunter who experiences the Snipes Ranch and the abundance of its bobwhites starts mentally calculating what he could live without to afford more days like this.Food is mostly over-rated and blended Scotch will suffice; I surmise.Rick and his wife Lana are the uncle and aunt every wingshooter wishes they had.I bet they don’t realize that I’m available for adoption, I think to myself as we course through their property in search of yet another covey of hard-flying quail.

Ask people who have shot with Snipes, and they will tell you that they’ve never seen a finer wingshot.

While he’s taken more than his share of quail over the years, few have poured more into their land to insure the birds’ future.These days, sharing his decades of work on the ranch and the bobwhites it produces is both his gift and his inspiration to others.The property is a benchmark, living proof of what could be elsewhere if there is the will.

While the odds might seem long for the wild bobwhite’s future, if history has shown us anything, it’s that betting against Texans is wasted money.

Mon Jan 17 , 2022
[Man City have raised the bar] It was first versus second but it didn’t really look like that.Chelsea defended well and limited Manchester City to only a handful of chances but City were dominant throughout, barely gave their visitors a look-in at the other end, and won through some individual […] 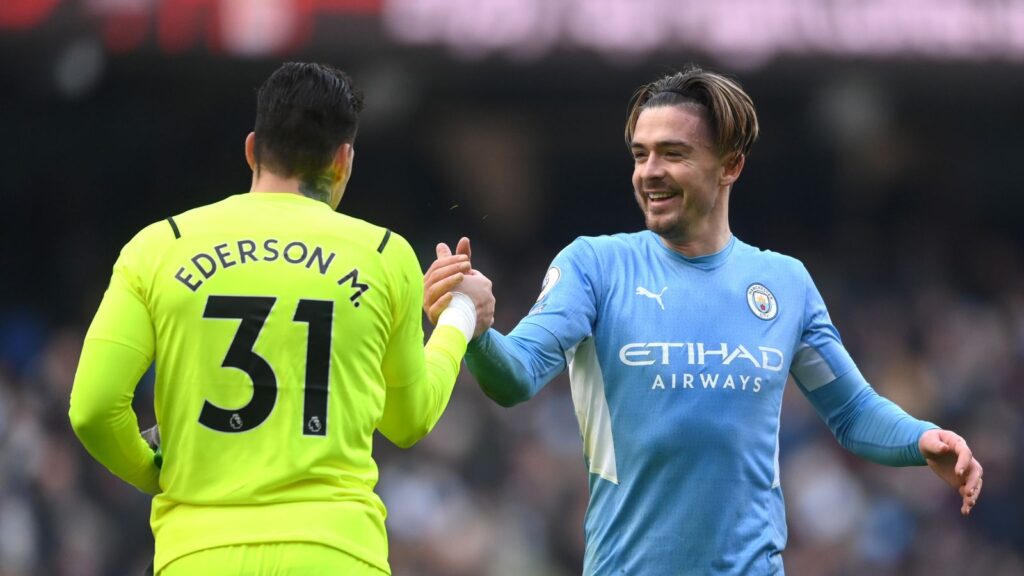