BlackRock’s Larry Fink wrote in his annual letter to CEOs about the record number of workers quitting.Fink said that workers seeking new opportunities is a good thing and that companies have to adapt.Companies that don’t adjust to the “new reality” will “do so at their own peril,” he said.Get a daily selection of our top stories based on your reading preferences.Loading Something is loading.

We’re in a new world of work, according to BlackRock CEO Larry Fink — and he says that’s a good thing.

In his annual letter to CEOs, Fink touched on everything he thought was “vital to driving durable long-term returns” and helping the company’s clients reach their goals.

One trend he highlighted was the record-breaking number of workers quitting.

“Companies expected workers to come to the office five days a week.Mental health was rarely discussed in the workplace.And wages for those on low and middle incomes barely grew,” Fink wrote.”That world is gone.”

In November, the last month that the Bureau of Labor Statistics has released data for, a record 4.5 million workers quit .

That capped off eight months of workers quitting at near-record highs .A record 1 million workers in leisure and hospitality — the country’s lowest-paid sector — quit, while hiring remained strong, indicating that workers weren’t leaving the workforce but rather switching into new roles as wages continued to grow .

While businesses shedding record numbers of workers may sound like a cause for alarm for CEOs, Fink said that it’s good that workers are ducking out for bigger and brighter things in the new world of work — and that companies that keep up will reap the rewards.

“Workers seizing new opportunities is a good thing: It demonstrates their confidence in a growing economy,” Fink wrote.Indeed, as Insider reported in August , some of the quits in the record numbers may be backlogged ones.Workers found their careers and financial prospects uncertain during the pandemic, but around April 2021 quits began to reach records.

That’s coupled with workers’ desire to get more from their employer, Fink said.He highlighted flexibility and “more meaningful work” as things workers are looking for.

So as companies “rebuild,” CEOs “face a profoundly different paradigm” than what they were used to, Fink wrote.

The ‘Great Resignation’ signals a cultural and economic shift Anthony Klotz, the organizational psychologist who coined the phrase “Great Resignation,” previously told Insider that the pandemic prompted somewhat of an existential crisis for American workers.

“From organizational research, we know that when human beings come into contact with death and illness in their lives, it causes them to take a step back and ask existential questions,” Klotz said.That causes people to think about what brings them purpose and happiness — and question how that stacks up with what they’re doing.

For example, the jobs website Indeed said that in a recent survey of workers who had voluntarily quit during the pandemic, 92% of respondents indicated the pandemic had “made them feel life is too short to stay in a job they weren’t passionate about.”

Fink wrote that “workers demanding more from their employers is an essential feature of effective capitalism,” driving prosperity and making talent recruiting more competitive, thereby forcing companies to “create better, more innovative environments for their employees — actions that will help them achieve greater profits for their shareholders.”

What about the businesses that don’t adapt?

“Companies not adjusting to this new reality and responding to their workers do so at their own peril,” Fink said.”Turnover drives up expenses, drives down productivity, and erodes culture and corporate memory.

CEOs need to be asking themselves whether they are creating an environment that helps them compete for talent.”

Carhartt: Unvaccinated workforce a 'risk that our company is unwilling to take' - MarketWatch

Thu Jan 20 , 2022
“ ‘An unvaccinated workforce is both a people and business risk that our company is unwilling to take.’ ” — Mark Valade, Carhartt The Supreme Court may have blocked the Biden administration ’s attempt to ensure that business with 100 or more employee require COVID-19 vaccines or frequent testing, but […] 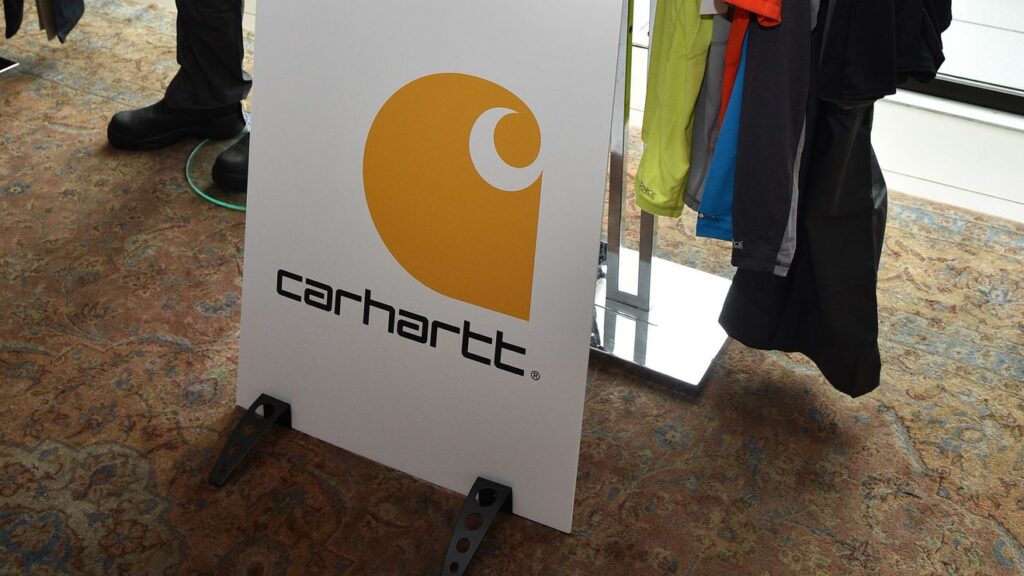