When the original Gran Turismo launched on the first Sony PlayStation in 1997, each vehicle was built from 300 polygons .Today, more than 500,000 tiny triangular shapes create the cars in the latest racing simulator, Gran Turismo 7 .The result of 25 years of research, processing power, and improvements is simply breathtaking.Among the wealth of polygons are smaller details that make GT7 more beautiful than past Gran Turismo titles and, arguably, any other video game before it.It’s the static chassis slouch in photo mode from the car parked with its front wheels angled.

Getting pulled off course from standing water on the racing surface.

And, after an event, the audible metallic clinking from steamy brakes fresh off the circuit.That barely scratches the surface of what Gran Turismo is today, but when game studio Polyphony Digital’s CEO, Kazunori Yamauchi , said this is the most complete Gran Turismo game ever, he wasn’t playing.Today’s gaming hardware highlights some of our favorite features about GT7 .Sure, it’s available on PS4, but the more powerful PS5 console connected to a 4K television is truly the best way to experience everything GT7 wants to show you.

The HDR visuals during normal gameplay, and ray-tracing technology that’s only available during replay, photo, and demo modes, had us window shopping the car dealership menus just to admire the visuals.When GT7 teased its adaptive trigger and haptic feedback functionality for Sony’s PlayStation 5 DualSense controller, racing fans rejoiced—those without an amateur NASA spaceship simulator in their living rooms, anyway.

Although the adaptive triggers do deliver a sense of electronically assisted accelerator or brake like you’d find on most cars today, it’s no replacement for an actual direct-drive steering wheel and pedals.However, the resistance in both triggers does make for the most dynamic sense of driving we’ve experienced from a controller.The trigger for acceleration feels different than the trigger for braking, just like real foot pedals.Rather than shaking like an angry rattlesnake, the haptic feedback accurately adds vibration to specific parts of the controller.Put the right side of the car onto curbing, and only the right side of the controller rumbles.It’s not as impressive as the adaptive triggers, but feeling even the most subtle feedback in your hands from drivetrain or tire movement is worth the extra battery consumption.

There’s a noticeable difference between the driving physics in Gran Turismo 7 and the series’ last installment, Gran Turismo Sport .It really comes down to a better depiction of suspension travel and car control.

It doesn’t seem like cars are clinging to a horizontal plane atop a flat surface anymore.The chassis twists and bends independently from the tires.This is especially obvious in the cockpit camera: as your driver saws at the wheel, there’s head bobble and shake.Wet surfaces also highlight this.The racetrack’s best line will begin to dry after lapping, returning grip and different driving characteristics to that area of the track.

During a race at the Tokyo Expressway, it was raining harder in some corners than others.The 3D spatial audio was a little harder to perceive.This might be because early into our review time we opted to fully crank the engine noise, a setting in the various menu options.Players can also adjust the volume for tire squeal, transmission, and opponent’s car sound.There were no deep burbles or dramatic backfires in any of the cars we sampled from GT7 , but overall the improved directional audio, surface, and wind noise helped simulate something real.

The 3D audio is easier to notice in replays, as the camera pans across multiple vehicles, all shifting and accelerating at different points.It doesn’t just sound less like a herd of cars, but more like different cars at different speeds in different parts of the track.The Gran Turismo photo mode, Scapes, has received more configurability options.Extra details like brake dust, tire dirt, and damage can be added to cars in Scapes mode, adding to the realism of photographing a car on snow or dirt.Now, with ray-tracing, the images created can be difficult to discern from reality.Scapes uses more than 2500 locations in over 40 countries.

We found a few familiar Detroit streets (not too far from Car and Driver headquarters), parking garages, and buildings from our own photo shoots in this mode.Replay cameras deserve a mention, too.The positions and panning during replays are the best they’ve ever been.And unlike a huge moment during a Formula 1 race , the folks in the booth seem to know when not to cut away from the action.

It’s a small detail, but that’s why this series is so significant.Everything matters, down to the final 500,000th polygon.The new Café location is the most guided single-player Gran Turismo experience of any title in the series.This area, along with the Licensing Center, is really where the first few hours of gameplay take place.It’s a clever way to introduce new players to the game, but people familiar with Gran Turismo are going to try to bust through the initial championships as quickly as possible.

Not every location on the map is immediately available, so this is required driving and reading for every player to unlock online play, the tuning shop, and even photo mode.The Café is the inner hub of the world map.It gives objectives, pointing you where to race next and which cars to collect, but it also gives players brief historic information on each car they’ve collected.It also acts as a trophy cabinet for awards you’ve earned from winning championships.In an effort to educate new and returning car enthusiasts, GT7 goes further than introducing cars with basic stats and specs.

Historical context is given in brief excerpts throughout.The groups of cars you collect are meaningful and have things in common, sometimes showing a line of progression in either a brand or vehicle segment.Rather than make you Google car names, GT7 puts up a solid effort to provide important context for everything you unlock.At launch, GT7 will carry more than 420 different cars, which is less than the number in Gran Turismo 2 back in 1999.The 420-car start is a big improvement from Gran Turismo Sport ‘s 168-car launch in 2017 that would later grow with free updates beyond 330 cars today .Sony says more cars and tracks will be added but hasn’t officially announced when or how many.

So, we the public want more cars and tracks.GT7 ‘s spectacularly detailed re-creation of everything from a 2014 Honda Fit hybrid to BMW M3 GT2 race car only strengthens this desire.There have been some exciting newer cars added to the dealerships, including the Nissan Z , the 10Best -winning Toyota GR86 from Gran Turismo Sport , and every insane Gran Turismo Vision concept .GT7 even provides your choice of either the 335-hp 2019 Toyota Supra , or the 382-hp 2020 Supra .

But why is the 2011 Ford F-150 SVT Raptor still the freshest Ford pickup in the game? Where’s the new Raptor , or better yet, where’s the 702-hp Ram 1500 TRX ? We expect the single-player progression and achievement element in GT7 to easily turn this video game into an unhealthy obsession.We spent roughly an hour or two redoing our licensing tests to beat our colleagues’ time over at Road & Track .Our favorite aspect of Gran Turismo Sport was the highly competitive online racing.GT7 has that too, and this is the title that will ultimately get people more motivated to experience the Easter Egg hunt that is finding a PlayStation 5.$89.99 Shop Now Gran Turismo 7 launches March 4th.Standard Editions are available for pre-order on PlayStation 4 for $59.99 and PlayStation 5 for $69.99.

Ukraine Asks PlayStation And Xbox To Leave The Russian Market

Thu Mar 3 , 2022
As companies like Apple AAPL start to announce they’re no longer selling their goods in Russia in response to the nation’s invasion of Ukraine, now Ukraine is directly appealing to the video game sector to do the same. In a letter posted to Twitter, Ukrainian Vice Prime Minister and Minister […] 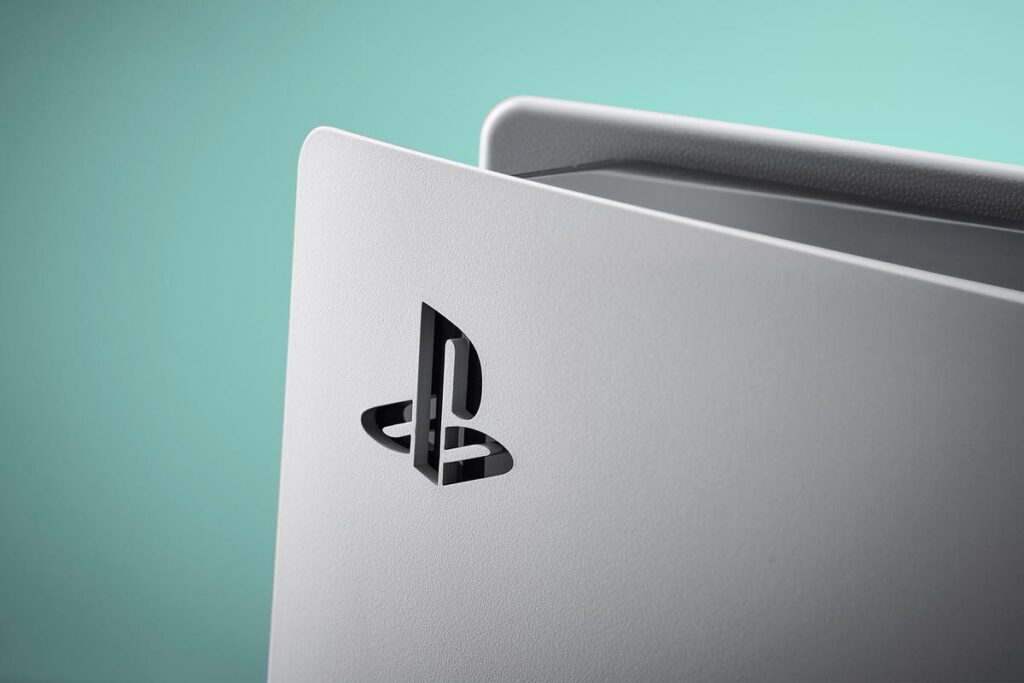