It’s been a rough weekend for airline passengers.Airlines canceled and delayed more than 10,000 Saturday and Sunday flights because of storms in Florida and a technology issue at Southwest Airlines, stranding travelers across the country and creating long wait times to reach airline customer service.More than 3,400 flights have been canceled and 8,800 flights delayed this weekend as of 3:15 p.m.ET Sunday, according to flight tracker FlightAware .The flight woes come during the busy spring break travel season and at a time when travel is surging because of pent-up demand from the pandemic.

Southwest, the nation’s largest domestic carrier, was the hardest hit in terms of the number of flights.The airline canceled 520 Saturday flights, or 14% of its operation, and 398 Sunday flights.

In addition to weather, Southwest said it had intermittent technology issues early Saturday that hurt the airline.

Southwest, the nation’s largest domestic carrier, has previously said about 40% to 50% of its planes fly through Florida on any given day.We are experiencing flight disruptions across our network today due to briefly pausing our service earlier this morning as we worked to resolve an intermittent technology issue, as well as ongoing weather challenges impacting multiple areas within our system.

(1/2) — Southwest Airlines (@SouthwestAir) [April 2, 2022] Budget airline Spirit, which has its headquarters and largest hub in Fort Lauderdale, has had the highest percentage of weekend cancellations.The airline canceled 27% of its Saturday flights and so far has canceled 27% of its Sunday flights, according to FlightAware.

Woke up before 5am to a notice from [@SpiritAirlines] that our flight to Disney today was cancelled.Does a representative from Spirit want to explain why to our kids or just leave us all in the dark?? Do better… — Eric Wood (@EWood70) [April 2, 2022] BUDGET AIRLINE MERGER: Spirit, Frontier to merge JetBlue Airways canceled 25% of its Sunday flights after canceling 15% of its flights on Saturday, according to FlightAware.American Airlines canceled 364 Saturday flights and 211 Sunday flights.American spokesperson Yamleque Murillo said the airline was still recovering from the impact of the Florida storms.

Passengers on all airlines should check their flight status before heading to the airport Sunday.Do I get a refund if my flight is canceled? Travelers whose flights are canceled by the airline are due a refund and not just a travel credit, regardless of the reason for a flight.The problem for many travelers in those situations, however, is that they still need to get home or to their destination and the refund won’t cover pricey last-minute flights on other airlines.In those cases, the only option is to accept the next available flight the airline offers, even if it’s not the same day.

‘It’s been a day’: Southwest passenger scrambles to find new flight Texas attorney Erin Chancellor was due to fly from Austin to Greenville, South Carolina, early Sunday for a work conference in Asheville, North Carolina.Late Saturday, she received a text alert about a flight change.Chancellor winced when she saw the 5:15 a.m.departure, an hour earlier than her original departure time, and a later arrival due to a five-hour layover.

That wasn’t the worst part.

The new flight Southwest put her on was for Monday.“I was like, oh, this definitely is not going to work,’’ she said.“The biggest day (at the conference) is tomorrow.’’ Chancellor, who has Southwest’s top frequent flyer status, spent 90 minutes on hold with Southwest’s priority customer service line before hanging up and reaching out via Twitter.

Southwest didn’t have any available flight options that would get her anywhere near Asheville by late Sunday so she asked for a refund of her $350 ticket and started searching for tickets on other airlines.The best she could find: $650 roundtrip on Delta Air Lines to Atlanta.She is spending several hours of her 37th birthday driving to Asheville.She got one of the last available rental cars in Atlanta, but the price was steep: $600, double the price she was going to pay for a car out of Greenville.

“It’s been a day,’’ she said.KNOW YOUR RIGHTS: Here’s what airlines owe you if a flight is canceled or delayed This article originally appeared on USA TODAY: Airline spring break flight cancellations: 12,000 and counting.

Mon Apr 4 , 2022
SINGAPORE: New nuclear energy technologies have the potential to make future nuclear power plants ‘much safer’ than the ones currently in operation, said Minister of State for Trade and Industry Alvin Tan in Parliament on Monday (Apr 4). Responding to questions on tapping nuclear energy for Singapore’s energy supply, he […] 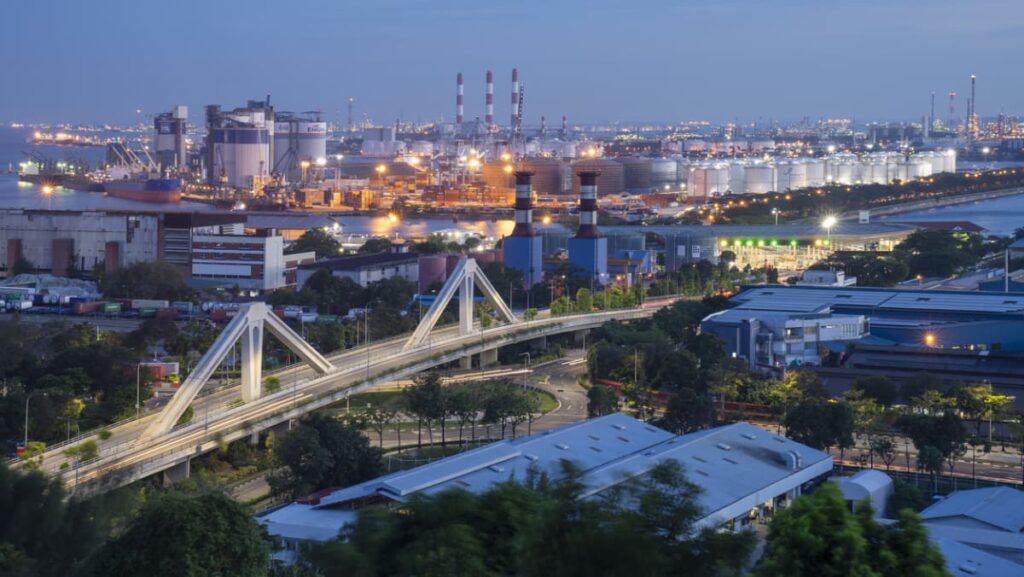