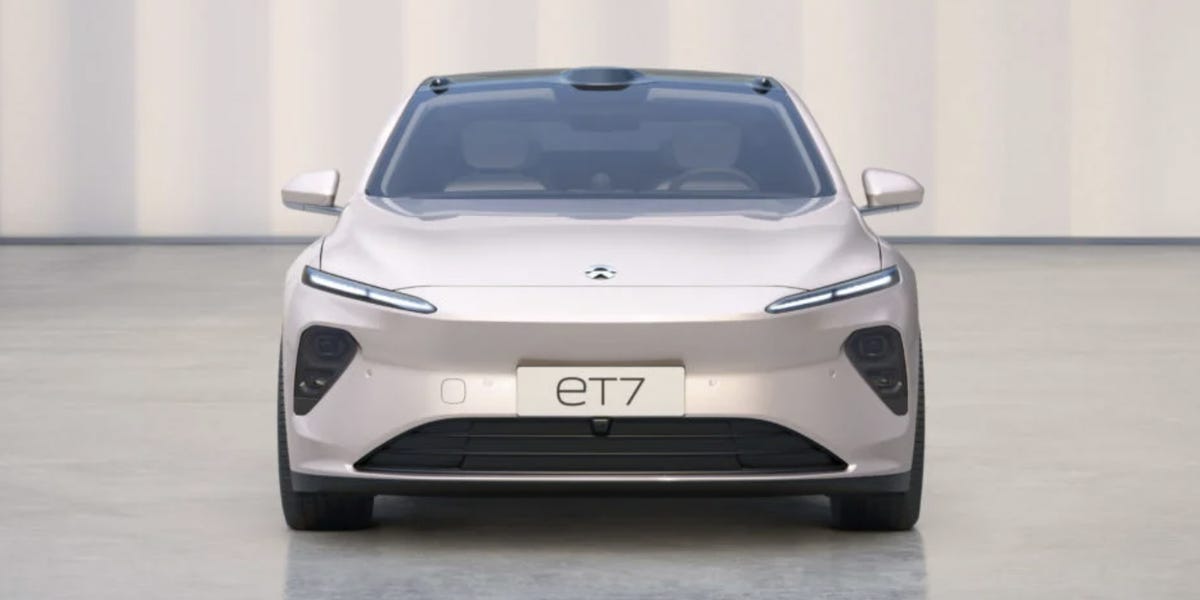 The Nio ET7 is being billed as the Chinese Tesla.The design is a joint effort from centers in Munich and Shanghai.It features an impressive interior and is ready for autonomous driving.Get the latest tech news & scoops — delivered daily to your inbox.Loading Something is loading.

Email address By clicking ‘Sign up’, you agree to receive marketing emails from Insider as well as other partner offers and accept our Terms of Service and Privacy Policy .Often, Chinese car manufacturers don’t have the same reputation as those in Western countries.

Historically, this has been down to poor production quality and the tendency of some manufacturers to copy European designs.

Despite this, China has risen to quickly become one of the leading “car nations” — electric cars have been subsidized by the state in China for years.Electric cars account for a large share of new registrations each year.

One manufacturer, Nio — which specializes in autonomous cars — was founded in Shanghai in 2014.

The startup is considered “China’s answer to Tesla” due to its innovative strength, and it’s already produced over 100,000 cars there.

Even Tesla CEO Elon Musk commended the manufacturer on Twitter for reaching this milestone.

“Karuun” is a renewable material made mostly out of rattan that should theoretically be as resistant as plastic.

NOK I was given the opportunity to take a ride in Nio’s new luxury model and to talk to its design chief Kris Tomasson.

Tomasson has previously worked at BMW and has also designed private jets, which is clear when you take a moment to appreciate the clean, no-frills finish of the ET7.

According to Nio, the exterior design of the approximately 5.10-meter-long sedan was inspired by the distinctive silhouettes of the seventies.

The roofline and C-pillar in particular are reminiscent of the Citroën CX or the Rover SD1.

Behind the wheel, I felt like I was in an airplane cockpit.NOK Although the ET7 is a hatchback, the designers gave it a classic trunk lid.

“We did without a large tailgate because we wanted to optimize the space available in the interior.

At the same time, we didn’t want to design a conventional three-box sedan, as that wouldn’t have fit the ET7’s novel character,” Tomasson explained this decision when asked by Business Insider.The model also has to do without a frunk (front luggage compartment).

The rear luggage compartment, however, appears quite large at first glance.

Record-breaking rear legroom According to project manager Tomasson, the in-house Eve study from 2017 served as the starting point for the design process.At first glance, there may be few visual parallels to the extremely futuristic-looking and fully autonomous concept car.

The exterior design of the approximately 5.10-meter-long sedan was inspired by the distinctive silhouettes of the seventies.

NOK According to the designer in charge, however, the proportions have been taken from the production model.With its 3.07-meter wheelbase, the ET7 has a similarly elongated appearance to the study.Together with the short overhangs, it should provide plenty of space in the interior.

During my first seat test, I found that Nio wasn’t exaggerating when it boasted about leg space — there was considerable room for my legs to the point where I could almost fully stretch them out.

According to the manufacturer, the ET7 is even supposed to be the best in this category.

The elbow and headrests were also very comfortable, with the latter curving inwards and adapting to the shape of the head.

A spokesman for Nio said that the ET7 is “ready for the future,” which is evident from looking at the car’s exterior, too.NOK The huge panorama roof, which extends almost all the way to the rear, means that the rear of the car is flooded with light.

However, the headroom leaves a lot to be desired due to the steeply sloping roof.

At just under 1.85 meters tall, my head was bumping into the roof.

Tall people will probably have to slouch in the back seat.

Sustainable wood instead of plastic Behind the wheel, I felt like I was in an airplane cockpit.There is a floating center console next to me and a screen displaying digital readouts in front of me.The infotainment system is operated by a 12.8-inch touchscreen mounted on top of the center console.

But there’s another, much more modern option: Nio itself has developed the NOMI digital assistant, which uses artificial intelligence and the latest version of Qualcomm’s Snapdragon processors.

I was also amazed by the attention to detail, which I wasn’t expecting from a Chinese car.

For example, the window control panels, often standardized by other manufacturers, aren’t made of plastic but of metal.They have been beautifully designed.

Nio itself has developed the NOMI digital assistant.NOK The gear selector lever was also individually designed, while the air vents are very thin.

Instead of lining the car with plastic, Nio consistently relies on a lighter and much more sustainable material for the interior of the ET7, which the Chinese developed together with German company “Out of space”.

“Karuun” is a renewable material made mostly out of rattan that should theoretically be as resistant as plastic.

A spokesman for Nio said that the ET7 is “ready for the future,” which is evident from looking at the car’s exterior, too.

On the roof, as well as in the mudguard, and on all sides, there are a large number of sensors, cameras, and a lidar.So the sedan is already ready for autonomous driving.

Removable batteries and a range of up to 1,000 kilometers The Shanghai-based manufacturer is also on the cusp of developing another future-critical technology — Nio wants to deliver the 480-kW ET7 in China with a solid-state battery as early as the fourth quarter of 2022.

This would be at the same time as the market launch in Germany.The latter is not only lighter and more compact, but also offers a higher energy content.

Nio expects the car’s battery capacity to be at around 150 kWh, which should be enough for a range of an impressive 1,000 kilometers.

In China, the company already operates 400 stations where batteries can be exchanged within a very short time.NOK Units that have already been delivered can be retrofitted with the innovative battery.

In China, the company already operates 400 stations where batteries can be exchanged within a very short time.

Whether Nio can actually outstrip them in Europe and the US will depend on whether the Chinese carmakers can shed their cheap image.

However, with sophisticated and appealing models like the ET7, this should happen quite quickly.

The ET7 will compete with the BMW i5 It’s no coincidence that the brand has its European headquarters and one of its two design centers in Munich.

Nio founder and chief executive William Li expects strong demand for his cars in Europe NOK The brand has targeted the fourth quarter of 2022 for market launch in Germany.

While most Chinese manufacturers are trying to gain a foothold in this country with trendy SUV models, Nio is focusing on its new ET7 electric sedan.

The high-seat ES8, ES6 and EC6 are likely to follow later. 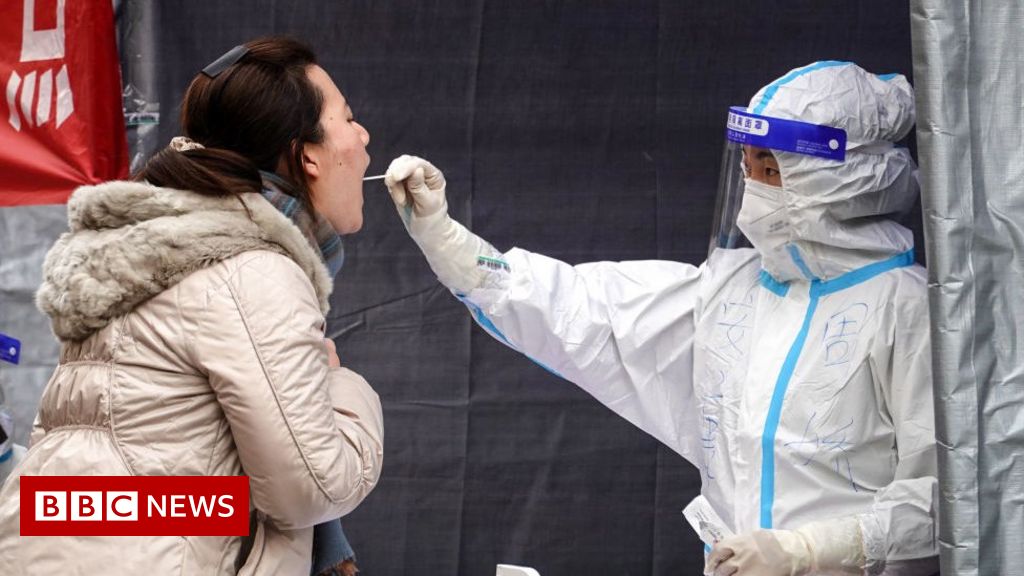