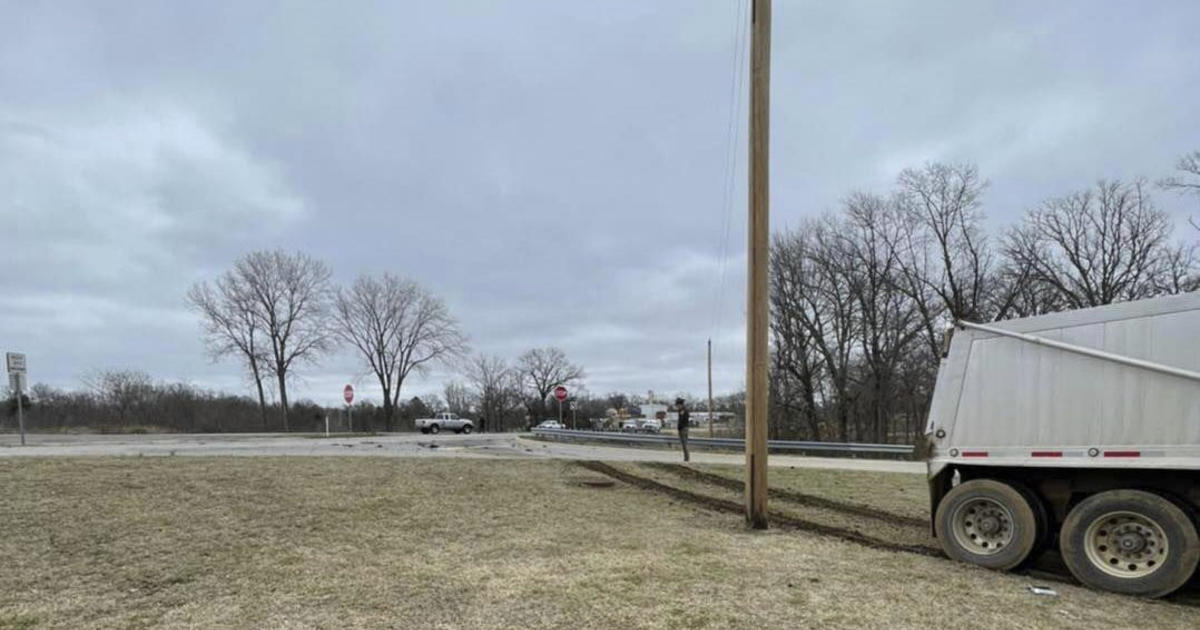 A small four-seat car carrying six Oklahoma teenagers reportedly failed to come to a full stop before entering an intersection where it was hit by a large truck, killing all of the teens, the National Transportation Safety Board said Thursday.

“Witnesses reported the (vehicle) made a ‘rolling stop’ at the stop sign and entered (the intersection),” where it was struck Tuesday by a truck that was hauling rocks, according to a statement from NTSB spokesperson Peter Knudson.

The southbound semitrailer struck the left front of the eastbound vehicle carrying the girls and both vehicles departed the roadway, according to the NTSB.

The six girls, ages 15-17, were in a Chevrolet Spark that is designed to carry four passengers and only two of the six were wearing seat belts, according to a report by the Oklahoma Highway Patrol.

The driver of the truck was not injured, according to the NTSB, which sent four investigators and a family assistance specialist to Tishomingo, about 100 miles southeast of Oklahoma City, to look into the collision.

The girls were students at Tishomingo High School and were on a lunch break at the time, according to district Superintendent Bobby Waitman.

The names of the girls have not been released.A memorial service for them has been scheduled at the school on Friday night at the football stadium.

Flags outside local business were flown at half-staff in their memory.

NTSB investigators are expected to complete on-scene work by Monday and provide a preliminary report on the crash within 30 days.

A final report on the probable cause of the collision is expected in one to two years, according to Knudson’s statement.

7 charged to court for parading a woman naked in Anambra

Fri Mar 25 , 2022
…As group demands justice By Vincent Ujumadu SEVEN persons have been charged to court for their alleged involvement in parading a woman naked at Aguleri in Anambra East local government area. The victim, a widow, was accused of infidelity that led to the death of her husband. In a trending […]