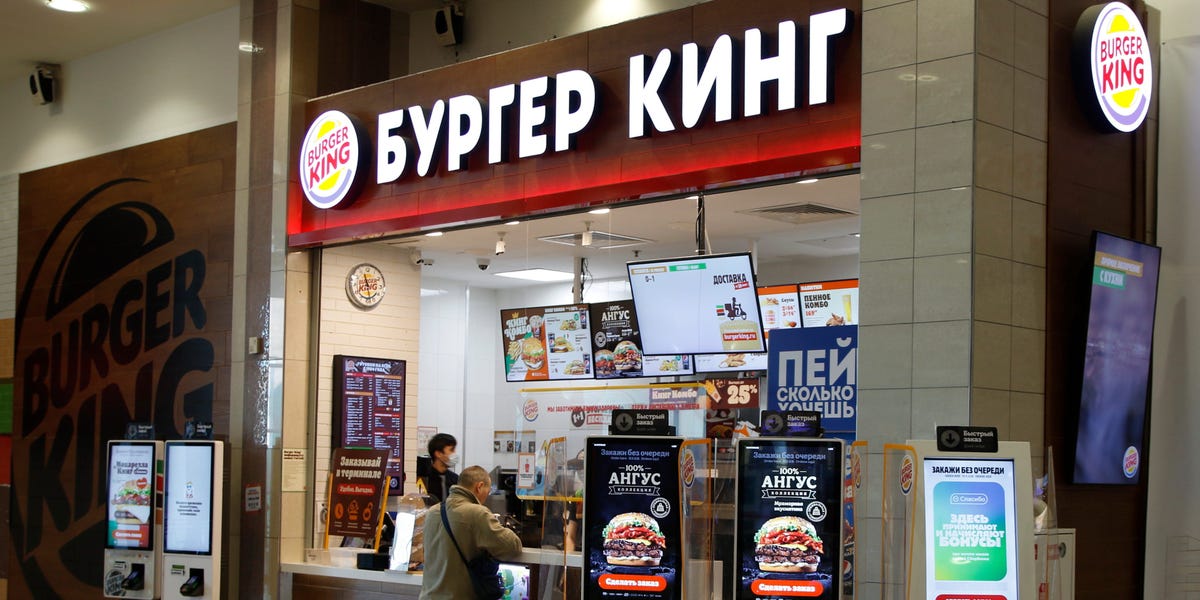 Burger King said the operator of its 800 Russian restaurants “refused” to close them.But the businessman who manages the restaurants said he didn’t have the power to close them himself.Parent company RBI owns just 15% of the joint venture partnership behind its Russian restaurants.Sign up for our weekday newsletter, packed with original analysis, news, and trends — delivered right to your inbox.Loading Something is loading.

Email address By clicking ‘Sign up’, you agree to receive marketing emails from Insider as well as other partner offers and accept our Terms of Service and Privacy Policy .Burger King’s attempts to close its Russian operation have been thwarted after the operator of its 800 outlets in the country said he is unable to close them because he doesn’t have the necessary shareholder backing to do so, the BBC reported.

The company’s Russian business is carried out through a joint venture partnership with Alexander Kolobov, who oversees the restaurants’ day-to-day operations, investment firm Investment Capital Ukraine, and VTB Capital, an affiliate of Russia’s second-business bank.Restaurant Brands International, Burger King’s parent, has a 15% stake in the joint venture.

Kolobov told the BBC that he owns a 30% stake in the business and that he himself didn’t have the “authority or power” to stop Burger King’s Russian operations.

“The decision to terminate and suspend operations of the franchisee which employs about 25,000 persons must be taken by all shareholders considering impact it may have on the employees and their families,” Kolobov told the BBC on Sunday.

Restaurant Brands International and Burger King did not immediately reply to requests for comment from Insider.

His remarks to the BBC followed a statement made by the president of Restaurant Brands International on Thursday in which he said that the company had tried to have the restaurants close but was unsuccessful.

“We contacted the main operator of the business and demanded the suspension of Burger King restaurant operations in Russia,” RBI President David Shear said.

“They have refused to do so.”

Western companies have been scrambling to pull out of Russia since the country invaded Ukraine in late February.

Firms have been shutting stores, closing offices, and halting trade.

Burger King – which opened its first Russian restaurant in Moscow in 2010 – is among the restaurant chains limiting their operations in Russia.But, rather than closing its restaurants there , Burger King has instead only been able to withdraw its corporate support.

Shear said in the statement on Thursday that RBI was working to divest its ownership stake in the business , but noted that this would “take some time.” In the meantime, RBI has removed all corporate support for its Russian restaurants, including operations, marketing, and supply-chain support, and won’t approve any new investment or expansion, he said.

It’s not just Burger King facing this problem.Insider reported that some McDonald’s and Papa John’s outlets in Russia have remained open due to franchise agreements with third-party operators.

Shear added that any profits RBI makes from its 15% ownership stake in the business would go to the United Nations High Commissioner for Refugees.

Tue Mar 22 , 2022
Former Trump staffers, including Donald Trump, Jr., are launching a news aggregation app called “MxM News” that they hope will compete with the likes of Apple News and Google News. Why it matters: The group sees an opportunity to fill a void left by the Drudge Report’s waning influence, especially […] 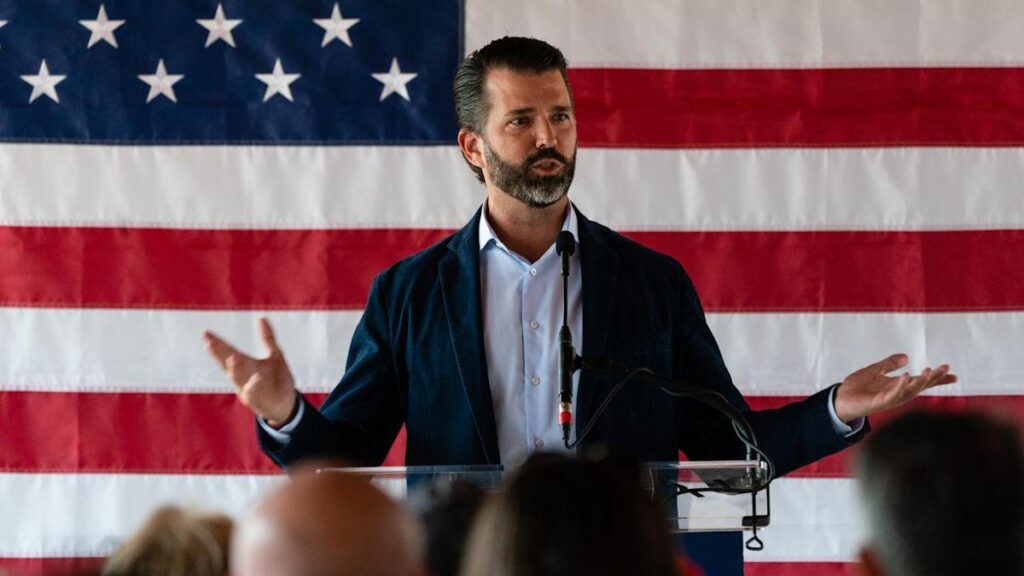