Ram Charan, a global management guru, once said that the next generation of CEOs will be ‘algorithmic CEOs’ given the widespread use of algorithms in business, and this trend is now playing out in recent years with the data science boom.If the IITs have stood as vanguards of STEM education, it’s the premier mathematical and statistical institutions in India that are at the forefront of the data analytics movement.One of these is the Chennai Mathematical Institute (CMI).Funded substantially by the government, it’s a world-class institute that is today seeing student applications and recruiter interest at all-time highs, thanks in part to a new industry-ready MSc in data science with a dual focus on math and computing skills.Manjul Bhargava, mathematics professor at Princeton University and winner of the Fields Medal, one of the world’s highest honours in math, said that CMI is “so good that some are turning down IITs to go there.” Founded in 1989 by the late professor CS Seshadri, a mathematician and Padma Bhushan awardee, CMI was recognised as a university in 2006 and is a rare example of public-private partnership for mathematical sciences in India.While the institute holds the distinction of having over 50% of students pursue doctoral or post-doctoral research globally, the introduction of a post-graduate program in data science at CMI has made corporate behemoths too line up outside the institute.medium80789165 CMI is now a recruiting ground for Morgan Stanley, Credit Suisse, Adobe, Micron, CRISIL, HP Labs, Temenos, and Ford Motors among others, and average pay packages have doubled in the past six years from Rs 7.75 lakh per annum in academic year 2014-15 to Rs 15.50 lakh in the ongoing placements season.Koushik Ragavan, director – AI/ML & Datascience at Micron Technology, said his company hired CMI graduates for the first time this year, picking up over 10% of the students who sat for placements.

In earlier years, Micron used to hire MSc Math graduates from IITs.Rajeeva Karandikar, the director of CMI, notes that while mathematics has always been closely linked with engineering education, the explosion of data and developments in computing in the last four to five years has shone a spotlight on the subject.CMI offers undergraduate, post-graduate and doctoral, post-doctoral programs in mathematics, physics, computer science and others, and focuses on implementing solutions for real problems.The recently -launched MSc in data science, for instance, is an interdisciplinary program covering both computing techniques and mathematical concepts and is helping industry narrow the skills gap in data analytics.Besides knowledge of math concepts, the course also covers programming languages such as Python and R.”This year, the number of applications increased by almost 60% from around 700 to 1,200 for the course,” Madhavan Mukund, deputy director and dean of CMI, said.From a batch of 30 in its first year, this year the course will host around 50 students.boxcontent CMI’s Industry engagement Training partnerships Companies trained by CMI in machine learning, algorithms, mathematical modelling and data analytics include Tech Mahindra, Cognizant, MRF, L&T Infotech, Bank of America, Unisys, among others Industry sponsored research and projects Include spot market auction for electricity, processing images to identify crop yield based on drone photographs, and risk management for insurers, among others Consulting In predictive analytics, deep neural networks, optimisation and mathematical modelling Mukund says data science has aided the image of mathematics, and the “market for math has in some sense improved.” The dean said he frequently receives emails from parents and students seeking more information on how math can help them build a career.

medium80789190 As every industry embraces data-driven decision making, the predictive AI/ML models used across sectors rely on math concepts like probability, linear algebra, and others, thus giving math graduates an edge for these job roles.For instance, semiconductor major Micron which hired CMI graduates this year, has also created an industry-academia research body framework University Research Alliance of Micron (URAM), and CMI is now a strategic partner of this alliance.The institute has also recently invested over Rs 10 crore in establishing a Dr FC Kohli centre of excellence for advanced research in mathematics and computing sciences.medium80789175 With mathematicians now entering boardrooms, CMI is also enhancing its focus on making graduates more well-rounded by working on their presentation and communication skills.

“Mathematicians are renowned for their introverted nature and we are working on changing that for them to suit corporate roles as well,” Karandikar said.The institute is providing training on soft skills and other presentation skills to work in the corporate world.We are also making outreach efforts to break some of the fundamental myths surrounding math, especially in the minds of students who have been scared away from it at an early age, Mukund said..

How founders can protect their brands online

Mon Apr 4 , 2022
We cannot say enough about the dangers of identity theft.Although many are quite aware that cybercriminals exploit any slightest exposure of personal data to steal people’s identities, the same is true of businesses. While thinking of what to share in this week’s ICT Clinic column, my thought process led me […] 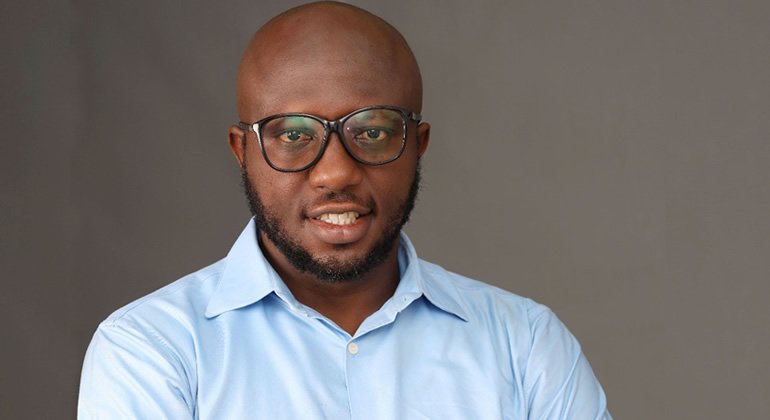