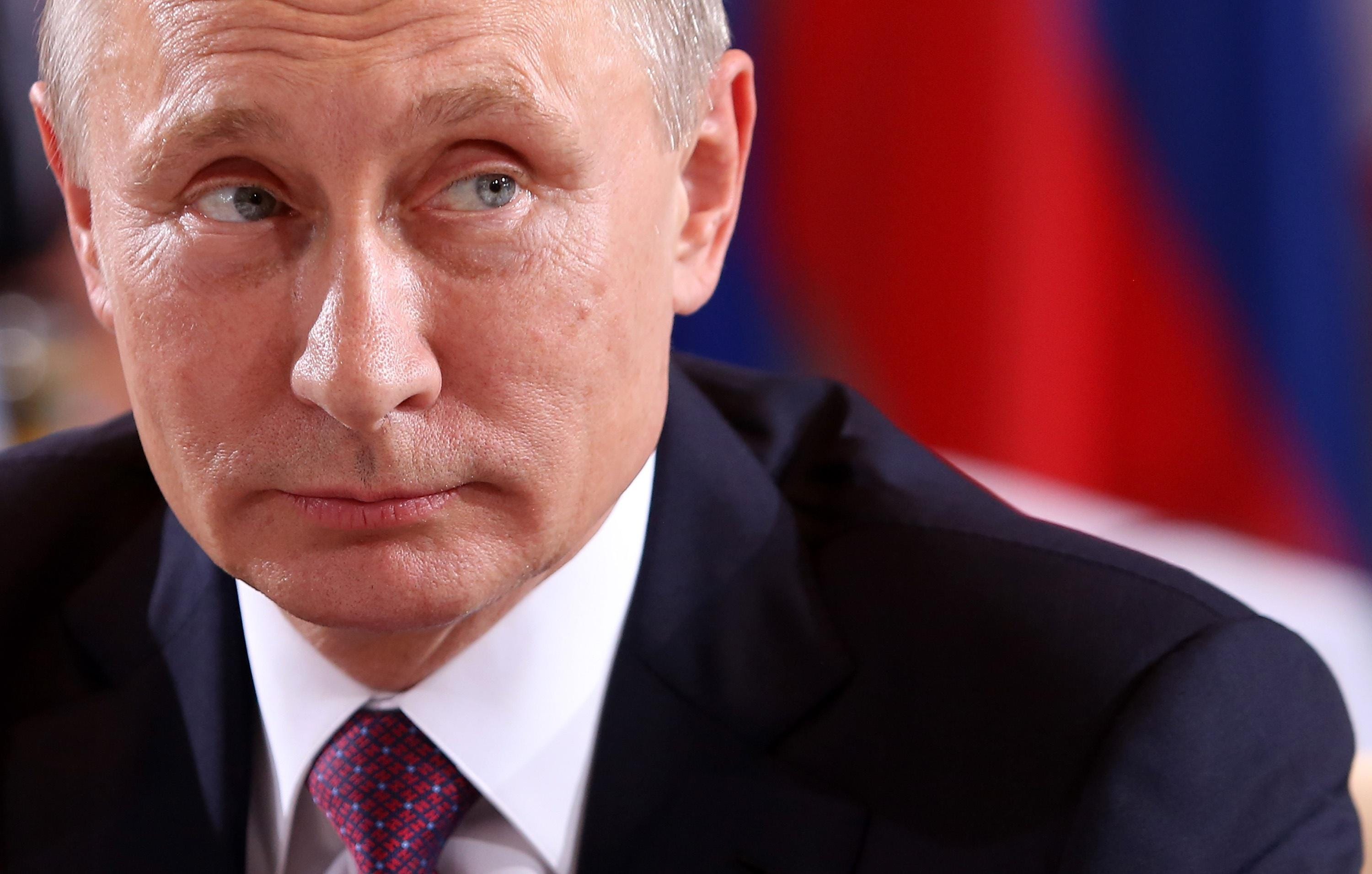 President Joe Biden’s list of Russian billionaires who’d be subject to sanctions for aggression in Ukraine hasn’t been made public.With the help of experts and our own valuations, Forbes has identified who they probably are.

At least nearly a dozen billionaires, cronies of Russian President Vladimir Putin, have already been branded international economic outlaws after the 2014 invasion of Ukraine or following Russia’s interference in the 2016 U.S.election.

There are others, however, who’ve avoided the clampdown.The top three are Roman Abramovich, Alisher Usmanov and Leonid Mikhelson, together worth $58.3 billion.

Other than suggesting Putin himself could be subject to sanctions, the Biden administration has disclosed little about the billionaires it plans to target.Jen Psaki, the White House spokesperson, said Monday that the Biden administration has identified people “at or near the inner circle of the Kremlin” who “play a role in government decision-making or are at a minimum complicit in the Kremlin’s destabilizing behavior.” They’re vulnerable, she said, “because of their deep financial ties with the West.”

Sanctioned individuals lose access to the U.S.financial system as well as any assets that are under American jurisdiction.

The punishments have been effective in at least dinging some oligarchs’ wealth.

sanctioned billionaire Oleg Deripaska, he unsuccessfully sued the U.S.Treasury Department, claiming he’d become “radioactive” to any person dealing with him anywhere in the world.According to a Forbes analysis , in the 11 months between the sanctions announcement and his lawsuit, his net worth dropped 47%, to $3.58 billion from $6.76 billion, mostly due to a steep fall in the share prices of two aluminum companies, En+ Group and UC Rusal, he controlled.

Another oligarch sanctioned in 2018, Viktor Vekselberg, told Forbes Russia in a February 2021 interview that he had more than $1.5 billion worth of overseas assets that he couldn’t access without permission from the U.S.Treasury Department.That might seem like a lot of money, but Vekselberg is worth $9.3 billion.

Here are the three billionaires most likely to wind up on Biden’s list:

Abramovich is one of the most famous Russian oligarchs given his status as the owner of the Chelsea soccer team in the U.K.Though his net worth includes billion-dollar stakes in Russian companies Evraz and Norilsk Nickel, $2.7 billion of his personal fortune is tied to Chelsea.

With so much money invested in the West, it would seem that Abramovich would’ve been a target of past rounds of sanctions, but he’s avoided them until now.Kremlin opposition leader Alexei Navalny, who was poisoned in 2020 and is currently imprisoned, for years has been calling for Western nations to punish Abramovich as well as fellow oligarch Alisher Usmanov, who also once owned a sizable stake in a British soccer team.

Navalny has said that the sanctions haven’t worked because Western nations have refrained from sanctioning the people with the money.

The reason Abramovich has been spared, according to one expert who has worked with the Russian government, was his friendship with Ivanka Trump, daughter of the former U.S.president, and her husband, Jared Kushner.Trump and Kushner had such a close relationship with Abramovich and his ex-wife Dasha Zhukova that they revealed it in security clearance forms required to join the White House staff.

Abramovich “has been repeatedly seen together with Ivanka and Jared in St.Petersburg, Dubrovnik, Aspen, St.Barts and New York,” according to the expert.“He was very close to Ivanka and Jared and they covered up for him.”

Trump and Kushner did not immediately respond to requests for comment.

Usmanov owns stakes in Chinese tech giant Xiaomi as well as other telecom, mining and media companies.He also caught the English soccer-team bug, once owning 30% of Arsenal.In 2018, Usmanov sold his stake for $712 million to American billionaire Stanley Kroenke, owner of the Super Bowl-bound Los Angeles Rams, among other valuable properties.

In December, Usmanov’s holding company sold its investment in VK, a top Russian internet group that was formerly known as Mail.Ru, to Sogaz, an insurance company that is partly owned by Putin ally Yuri Kovalchuk, whose net worth is $3.6 billion.Usmanov has repeatedly fronted for Putin and solved his business problems, according to the expert.

Usmanov also works closely with Andrei Skoch, another Russian oligarch (net worth: $7.7 billion) whom the U.S.sanctioned in 2018.

Usmanov’s ties with Putin go beyond business.He’s married to Irina Viner, a legendary rhythmic gymnastics coach who helped Alina Kabaeva, widely believed to be Putin’s mistress, win the gold medal at the 2004 Olympics.

Given that the Biden administration is targeting oligarchs that have assets in the West, Usmanov fits the bill with vast real estate holdings peppered throughout Europe.He owns two sprawling estates in London–the Beechwood House and Sutton Place–that together are worth nearly $300 million.He also has properties in Munich, Monaco and Sardinia, among other locations.

Founder and chairman of natural gas producer Novatek, Mikhelson is also a business partner of Gennady Timchenko, an oligarch with a net worth $23.5 billion, whom the U.S.

has had under sanctions since 2014.“It would be a natural continuation of Timchenko, who’s the biggest businessman in the Putin circle,” said the expert.“Mikhelson is a shoo-in.”

Here’s a list of the Russian oligarchs who have been sanctioned by the U.S.government since 2014:

Children of Former US Presidents: Where Are They Now?

Sat Feb 5 , 2022
Children of US presidents are in the public eye almost as much as their parents.Some first kids follow their parents into politics, while others steer clear of the limelight.Many remain involved with their parents’ foundations and presidential libraries.Melissa Stanger, Melia Robinson, and James Pasley contributed to previous versions of this […] 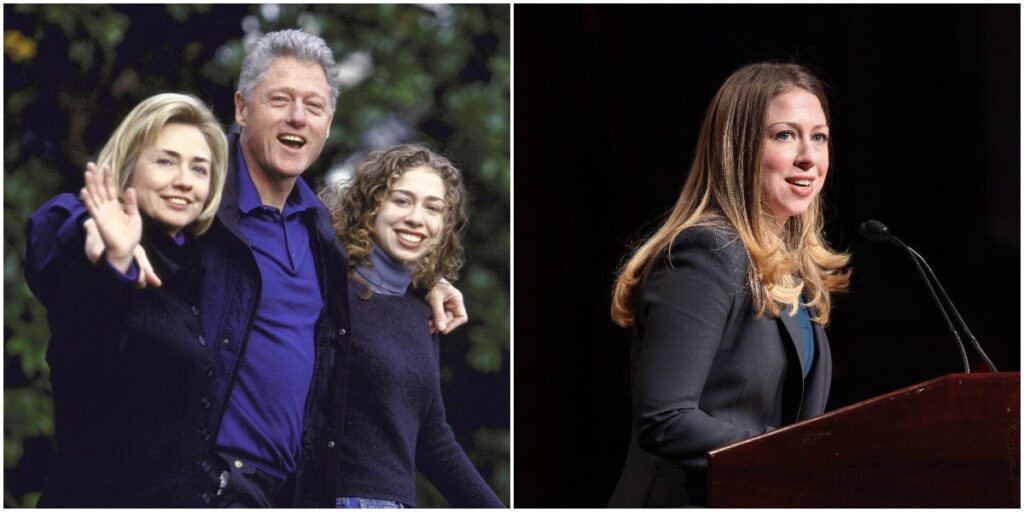