By Ja’han Jones You know how parents sometimes suspend their kids’ technology privileges as punishment? The Biden administration is reportedly considering a similar tack to discourage Russia from invading Ukraine .According to a new Washington Post report , the Biden administration is debating a policy that would punish Russia by curbing the country’s ability to purchase and obtain semiconductors, the tiny chips used to power all sorts of tech-based products, including smartphones, some military equipment, game consoles, vehicles and more.American software and machinery are used to produce a large portion of the world’s semiconductors.Though Russia isn’t solely reliant on the U.S.for these parts — Taiwan and South Korea have the led world in semiconductor manufacturing in recent years — the Biden administration could reportedly use the new policy to try to force companies in other countries to stop exporting the chips to Russia.(If you’re confused about what semiconductors do, here’s a quick explainer on semiconductors and how a shortage of them is hurting global industries.) Semiconductors power all sorts of tech-based products, including smartphones, some military equipment and game consoles.If the administration goes forward with the plan being discussed, it would use “export control” — essentially an economic sanction in this case — to restrict Russia’s access to semiconductors, much like the Trump administration did to cripple the Chinese technology company Huawei in 2020 .

This is a thread to follow, because companies and countries without access to semiconductors effectively have to postpone their technological future.In the U.S., the global chip shortage has delayed everything from PlayStation 5 sales to the installation of 5G networks, which are the foundation for emerging technology .That’s why the awesome power to bar Russia — or an institution — from accessing the tools to participate in this future should not be underestimated.Rest assured, that power is being compared to the Death Star for a reason.Stay tuned.

Wed Jan 26 , 2022
48 Best WordPress Blog Themes 2022 Yo bloggers, we bring you the ultimate review of the best personal blog WordPress themes for any topic and niche. Share your healthy cooking tips, travel adventures, lifestyle and fashion ideas, grow your personal brand, etc. Whatever you’re passionate about, it’s ALL possible. That’s […] 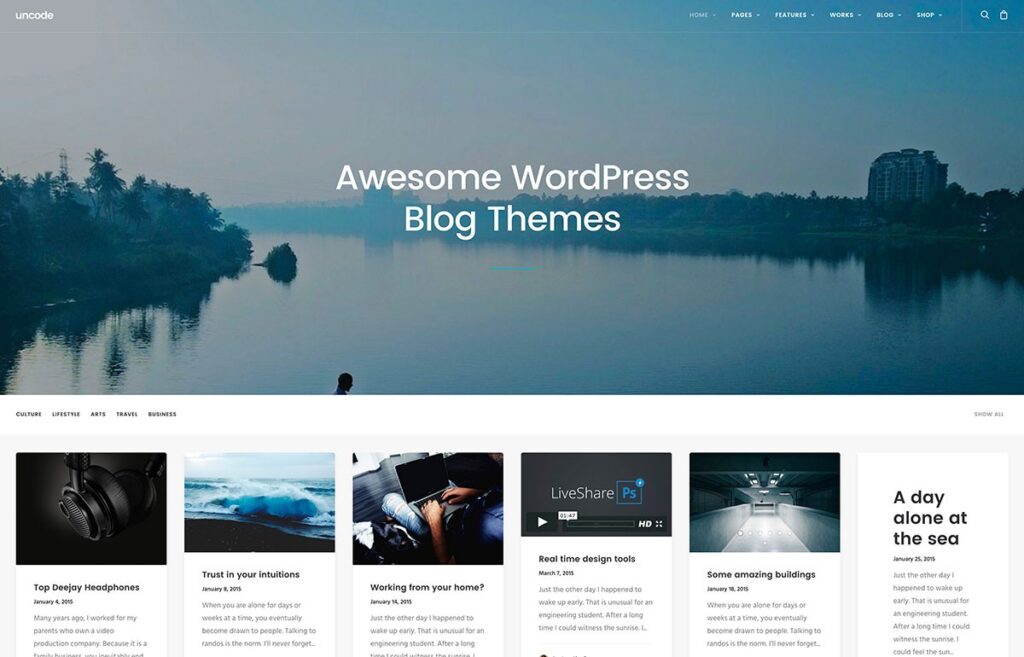