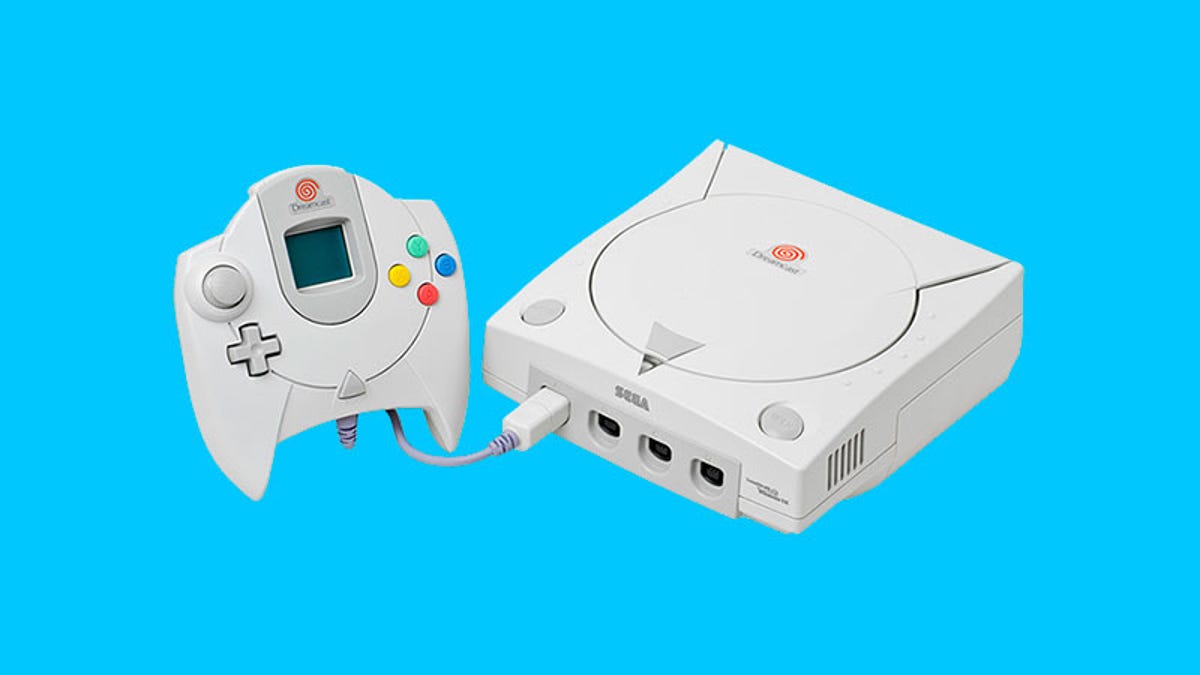 Here’s a terrifying fact: Sega has been out of the console business longer than they were in it.And while it was the Dreamcast that finally did the struggling giant in, for a platform that was only around for a couple of years it certainly left one hell of a legacy behind.

You’d think a console that “failed” in 2001 would have been long forgotten by 2019, but many of the Dreamcast’s biggest and best games are still making their mark on video games today, from Soulcalibur to Shenmue .

Also worth remembering: it had the single greatest console start-up routine of all time.Like molten gold dripping under pale moonlight into a fine marble basin.

In honour of Sega’s fallen hero, we’ve put together this list of the best games for the Dreamcast, for those who might be interested in circling around and picking one up, or those who once did and would like a tragic trip down memory lane.

This unranked list has been made based on a couple of core considerations.Firstly, and most obviously, most of these are the games we simply think are the best Dreamcast games, those that are our personal favourites.But there are also games here, after two decades of space and time to consider, that we think defined the Dreamcast experience.

JET SET RADIO I know I said this list was unranked, but I lied.Jet Set Radio was the best Dreamcast game.I know it had its flaws regarding difficulty and the time limits (some of which were addressed in the later Xbox port), but the colours, the music, the style…this is the millennium distilled, the perfect standard bearer for everything beautiful and good about the Sega Dreamcast.If you could only ever own one game for this system, it should/would be this.

NFL 2K1 Nobody knew it at the time, but NFL2K was one of the most important sports video games ever made.

Back when the Dreamcast launched, EA Sports decided they didn’t want to release games for the system, which meant no Madden .No problem, Sega figured, so they went out and bought developer Visual Concepts, who not only went on to seriously challenge Madden in the football space through the early-00s, but are now killing EA in basketball with their NBA2K series.2K1 was their second football effort on the console, and wasn’t just a better sports game than the first, but it also had online multiplayer, something that wouldn’t catch on with rival platforms for years .

IKARUGA Originally an arcade game, Ikaruga’s first ever home port was on the Dreamcast, where it was released only in Japan.That didn’t stop Westerners from importing it in droves, and what they’d find was one of the smartest and prettiest shmups ever made.

The colour-flipping mechanic at the heart of the game is such a simple idea, but even two decades later it’s just still so perfect .

SHENMUE An expensive and beloved project, way ahead of its time, that bombed commercially leaving a flaming wreck (and a beautiful legacy) in its wake? We could be talking about the Dreamcast itself, or we could be talking just about Shenmue .

Its heavy emphasis on story, and revolutionary (if also frustratingly basic) way of implementing it in a video game earned it a ton of praise at release, but also a ton of indifference from a market that just wasn’t ready (or, let’s be honest, just didn’t care) for its quirks.

POWER STONE 2 There had never been, and has never been, another fighting game series quite like Power Stone .Where most other fighters are comfortable existing in abstract spaces, the Power Stone games tried to replicate a proper 3D space for their arenas, including differing heights and destructible objects.Both were a blast, but Power Stone 2 was the better game.Also, that old Capcom character design is just to die for.

Read more SPACE CHANNEL 5 If Jet Set Radio was most millennial video game, Space Channel 5 might run a very close second.Its mere existence is testament to how weird and daring the Dreamcast’s library could be, where a company could actually take a Janet/Michael Jackson music video and turn it into a rhythm game, then expect more than three people to buy it.

SEAMAN Seaman , a piece of software that involved talking into a microphone at a fish with a human face (that of Yoot Saito, the game’s creator), has not aged particularly well.

But just picture the process involved in getting this from “high as fuck” to “boardroom pitch” to “actual game development” to “sure ok get Leonard Nimoy to do the voice”, and treasure every step of it.

SONIC ADVENTURE There’s a common and persistent belief that the 3D Sonic games suck, but to buy into that theory requires ignoring Sonic Adventure , the best-selling Dreamcast game of all time.It looked amazing , and while actually controlling Sonic wasn’t as elegant as in 2D—something later 3D Sonic games would continue to struggle with—for 2001 this thing was one hell of an achievement.

It might even have been the killer app the Dreamcast had so sorely needed, if…the console hadn’t been killed only months after Sonic Adventure’s release.

SKIES OF ARCADIA There’s nothing more Sega than Blue Skies , and there’s no game with bluer skies than one literally set amongst blue Sega skies.

A massive JRPG with an incredible (for the time) 3D overworld, it’s not hard imagining this appearing on any other console and selling millions .

SOULCALIBUR This series, still running in 2019, needs no introduction, so I don’t have to give one here.Instead I’m just going to say that the original Dreamcast version of Soulcalibur is still very very good, and that I’ve been writing about video games professionally for 13 years now and still type it out, every single time, as Soul Calibur .

SAMBA DE AMIGO Samba de Amigo married married rhythm action with a bonkers set of plastic maracas.How they worked, and how they were set up, was as 2000 as it gets :

In the Dreamcast version, each maraca has a cord which is plugged into a bar that lies in front of the player’s feet.

The bar is slightly more than two feet in length and has a sensor at each end, and each maraca has an ultrasonic transmitter mounted on its cord; this allows the system to triangulate the position of each maraca.The rattle part can be unscrewed from the top of each maraca for quieter play.[3] Included in the box is a plastic mat with two brown footprints, which helps players properly position themselves in relation to the sensor bar.marvel vs capcom 2

MARVEL VS CAPCOM 2 I don’t even know if this is the Dreamcast version, it might be the arcade cabinet, but whatever, you can’t talk about MvC2 without also saying Fuck The Knicks.The Dreamcast was home to a lot of great fighting games, so many that three of them have made this list.Unlike the other two, which looked into the future and saw three dimensions, this one’s for the 2D purists, as MvC2 had a roster for the ages, as well as some of the best pixel art to ever grace a fighting game..