The [Xbox](/category/xbox/) Series X reportedly has an internal issue involving the console’s system clock that worsens the performance of any and all games you run on it.Worse yet, not only is there no obvious or easy way to tell if your console is suffering from this problem, but it’s unclear how widespread it is.In fact, unless you have two [Xbox Series X](/category/xbox-series-x/) consoles, there’s no way to determine if your console is plagued by this strange technical bug.Fortunately, while the issue impacts game performance, this performance hit isn’t a very substantial one.In fact, you probably wouldn’t even be able to notice it with the naked eye.The warning claims that if the system clock timing is off on your Xbox Series X, your games will consistently run five percent slower.The issue was discovered while comparing input timings in King of Fighters XV between the PS5 and Xbox Series X.The PS5 version was counting more frames than the slow Xbox Series X when holding and releasing buttons.

This prompted the Reddit user to test between their two Xbox Series X consoles, which is when they noticed the discrepancy between the two, as the one with the correct clock had the same results as the PS5.”My normal Xbox Series X shows 60 FPS and 60Hz.

My slower XSX shows 63 FPS and 63Hz.This is consistent with a slow clock.The function to calculate FPS will count more frames if time runs slower,” reads the warning.The warning continues: “I caught it while comparing inputs timing between PlayStation and Xbox Series X versions of King of Fighters XV.

The PS ports counted more frames than the slow XSX when holding and releasing buttons.I was about to expose SNK for a buggy XSX port until I tested it with the normal XSX.

Normal XSX and PS ports counts were identical.” So, what’s happening? Well, after a series of tests, the Reddit user deduced that their system clock was drifting by two minutes every forty minutes.[Xbox Series X System Clock Time Drift Causes Games to Run 5% Slower] from [xbox] For now, take everything here with a grain of salt.None of this has been validated or confirmed by Xbox.For all we know, the Reddit user has faulty information.They could also be the only one with this issue.

On the contrary, this could be a major problem with the Xbox Series X impacting countless Xbox gamers, all of which are completely unaware of the problem.[0comments] As always, we will keep you updated as this situation progresses.In the meantime, for more coverage on all things Xbox — including not just the latest on the Xbox Series X|S, but the latest on the Xbox One and Xbox Game Pass as well — click here .

Sun Apr 3 , 2022
18 quintillion planets, and you still can’t get away from the worst people on Earth.To wit: The central nexus of No Man’s Sky , a region of charted space known as the Galactic Hub, was recently menaced by a troll who players say is a “neonazi.” Developer Hello Games has […] 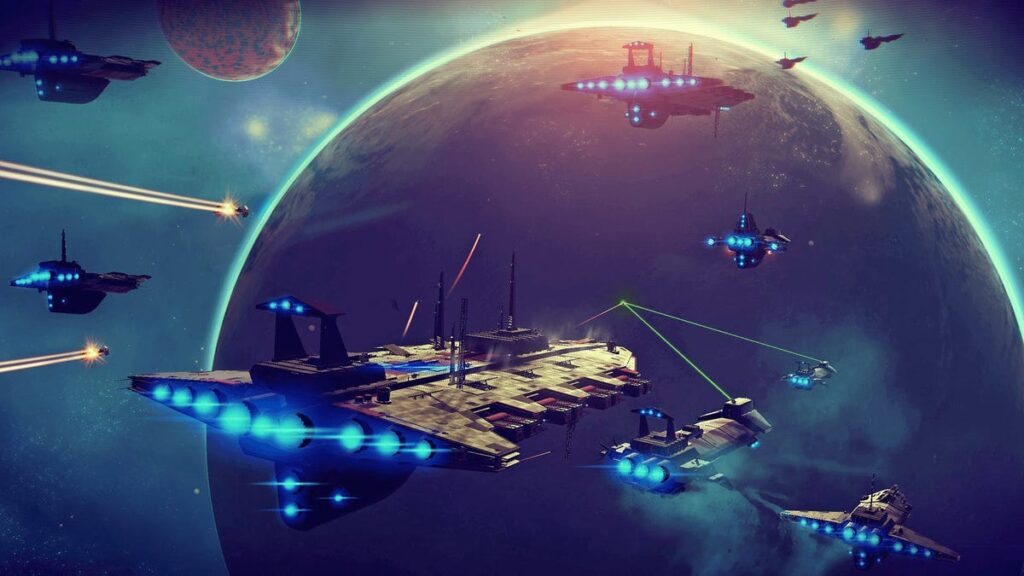